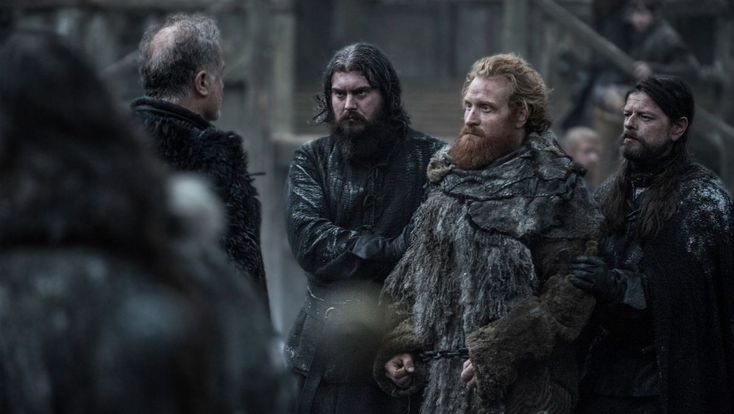 Entertainment Weekly has shared an exclusive deleted scene from the Game of Thrones, Season Five premiere, which hints at Jon Snow’s eventual demise at the hands of the Night’s Watch.

Edit: Though EW reports the scene as being from S5E1, the scene appears to be from episode 5 of last season.

In the new footage, we can see Ser Alliser Thorne (Owen Teale) having a courtyard confrontation with Tormund Giantsbane (Kristofer Hivju).   The scene will be included on the Season Five DVD and Blu-ray boxsets, along with a host of other features, to be released on March 15th.