Nathalie Emmanuel expects 'a real push' from the final Game of Thrones season | Watchers on the Wall | A Game of Thrones Community for Breaking News, Casting, and Commentary 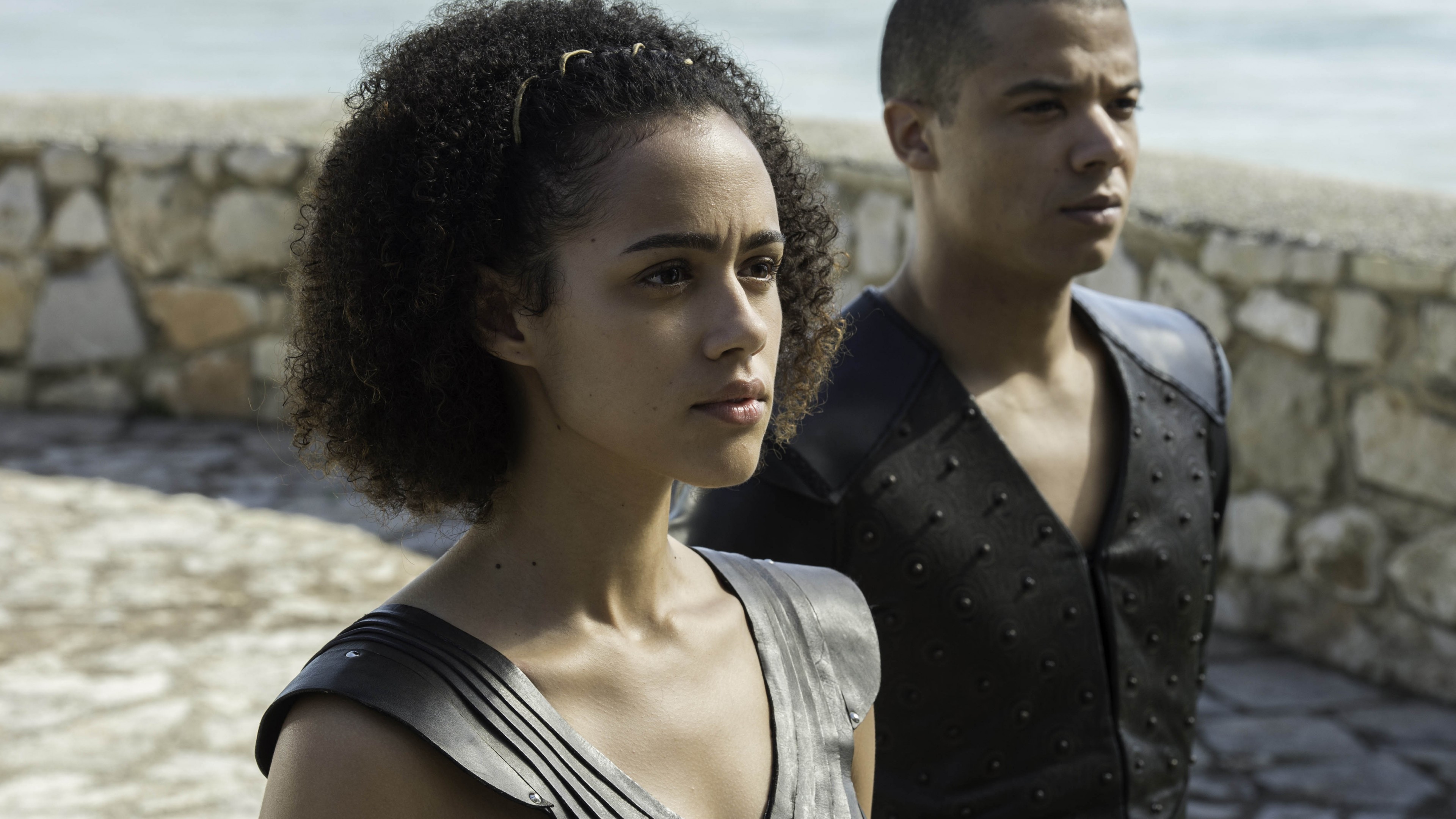 We’ve all been bracing for an intense final season of Game of Thrones, given not only the shocking end to Season 7 last year but also the ultimate showdown between the living and the dead that the series has spent years building up to. Comments from multiple cast members and directors over the several months haven’t done anything to tamp down that expectation, and now, even the soft-spoken Missandei is assuring us that “people will have their mind blown when they watch the final [season].”

“I think what we can expect from the final season of [Game of Thrones] is just a real push,” Nathalie Emmanuel recently told India news service IANS. “Like in the last couple of seasons, we have seen the pace of the show increase with the stakes getting higher and higher. There are so many storylines that have to come to conclusion. We have to play them out, so the pace of the show is continuing on that sense.”

“All of the things that you expect from ‘Game of Thrones’, but at the same time since it is the last one, the emotions will be so much more intense,” she said. “I am very excited for people to see it. We have been working so hard on it.”

Emmanuel also confirmed that while the filming on Season 8 is finished, “It took us longer to shoot this season than any of the seasons.” Naturally, that has led to an even longer gap between seasons seven and eight — and while the waiting is enough to try the patience of the Seven, we’ll be here to keep you updated with news in the meantime.