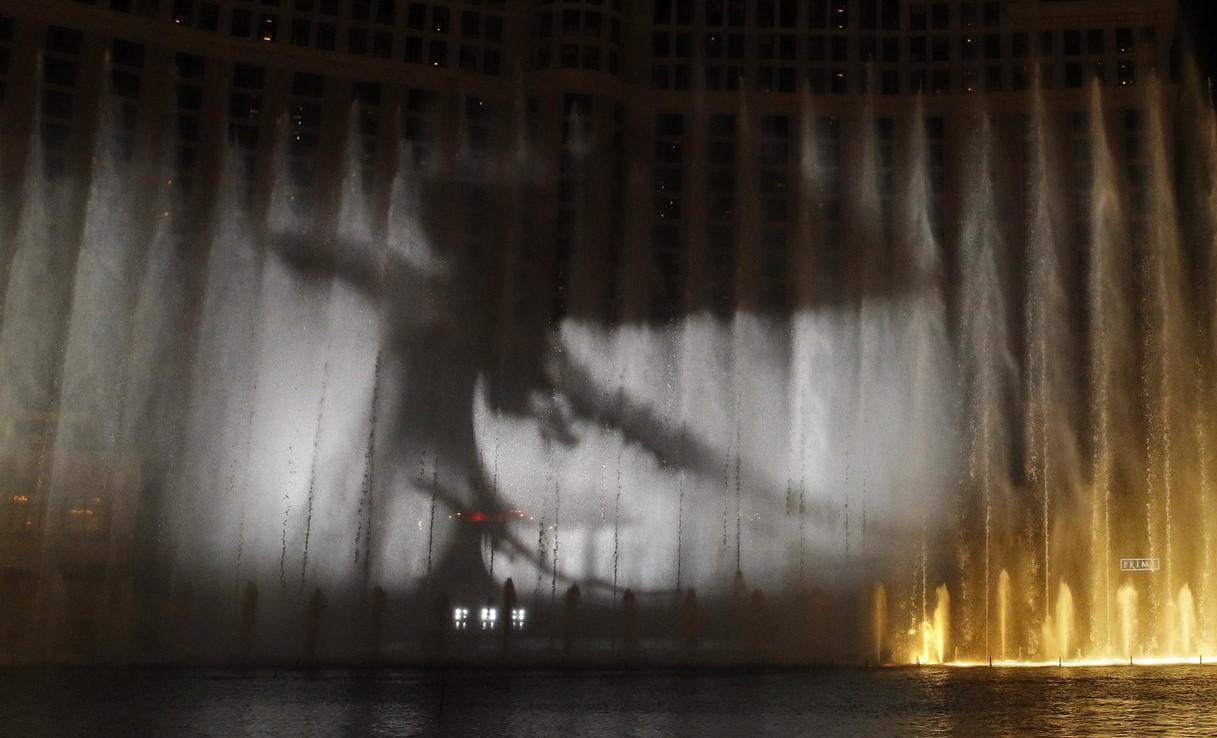 In today’s roundup, the VFX department of Game of Thrones shows off their work throughout the years; instructions are provided for a chance to attend the New York City Season 8 premiere this April 3; the cast proves to be awful at Aussie slang; and the Fountains at the Bellagio give us a spectacle of ice (well, water) and fire.

Making Game of Thrones has a new “Inside Game of Thrones” chapter going through the entire history of the show from a single department’s perspective, in this case the VFX crew. As always with VFX reels, it’s amazing to see all the work they do:

Remember the “mixed reality experience” we reported on, with a chance to actually attend the New York City Game of Thrones Season 8 premiere this Wednesday, April 3? That chance is tomorrow! To participate in the Dragon Wagon Sweepstakes, you’ll have to head to the AT&T Boston Flagship Store at 699 Boylston tomorrow, April 2. This incredible opportunity, for adults only, will end at 5:59PM, local time!

The #DragonWagon has come to Boston.
Head to the @ATT Boston Flagship Store at 699 Boylston tomorrow for a chance to ride the Dragon Wagon to the NYC Season 8 Premiere of #GameofThrones.
No pur nec. Ends 5:59PM 4/2. 18+. Rules: https://t.co/hNuvo0AuHJ pic.twitter.com/336obvyWWT

Also, you can now a enter the Game of Thrones Final Season Sweepstakes for a chance to win a final season prize pack or one of ten exclusive mystery Funko Pop! figures.

Rally the realm.
The Final Season @HBO Shop sweepstakes is here. Enter for a chance to win before #GoTS8: https://t.co/zGs7FdJJjc pic.twitter.com/liDE0S2dNu

Last but definitely not least (if you are fond of impressive spectacles,) you may recall yesterday we told you about the special Game of Thrones show that was about to begin and run until April 13 at the Fountains of the famous Las Vegas Bellagio Hotel. The first show took place and it’s even more impressive than one might have imagined:

Associated Press reveals this amazing spectacle of water and actual fire was aided by Game of Thrones composer Ramin Djawadi, who created a special score that “along with the dancing water aimed to capture the excitement” of the show.

“The Bellagio fountain is iconic. It’s known around the world, and so is Game of Thrones,” the composer tells AP. “So, I think putting them together and seeing the music choreographed to a fountain like that is quite the spectacle. I think it will get everybody really pumped for this final season coming up.”

“I got goose bumps when I saw this,” Djawadi tells KTNV. “It was just epic to see it played out here at the Bellagio. It was unbelievable to experience it.”