Maester Wolkan returns for season 7 | Watchers on the Wall | A Game of Thrones Community for Breaking News, Casting, and Commentary 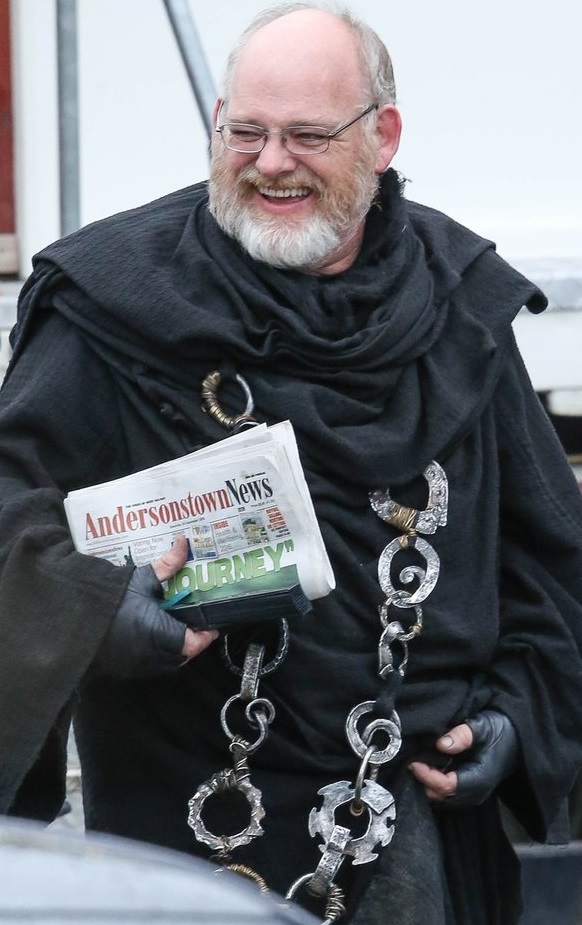 Another return for the North and Game of Thrones season 7!

We’ve been seeing new images for the past week courtesy of a photographer who captured the actors on set in Northern Ireland. Some of the images were shared in The Daily Mail, but the photographer has helpfully shared several more on their Twitter. Earlier they posted more images of Megan Parkinson, the redheaded actress we’re guessing is a new northern character this season.

In the newest batch of photos PAP4U has shared with fans on Twitter, we see that Richard Rycroft will be returning in season 7 as Maester Wolkan. Given that he was stationed at Winterfell in season 6, and he’s been photographed with last-seen-at-Winterfell characters, we can assume he hasn’t lost his position at the castle. The timid maester served Ramsay Bolton, obedient to a fault, even lying about the manner of Roose Bolton’s death when ordered.

#watchersOTthewall #Irishthrones #Belfast These are a few more sightings of many!! Care to work out what the plot might be hehe?? pic.twitter.com/tEbiiBgCRO

So the question now is: why does there need to be a maester at Winterfell for this scene? And is that big smile just for off-screen – because dammmn, Wolkan must be so relieved that Ramsay’s dead.