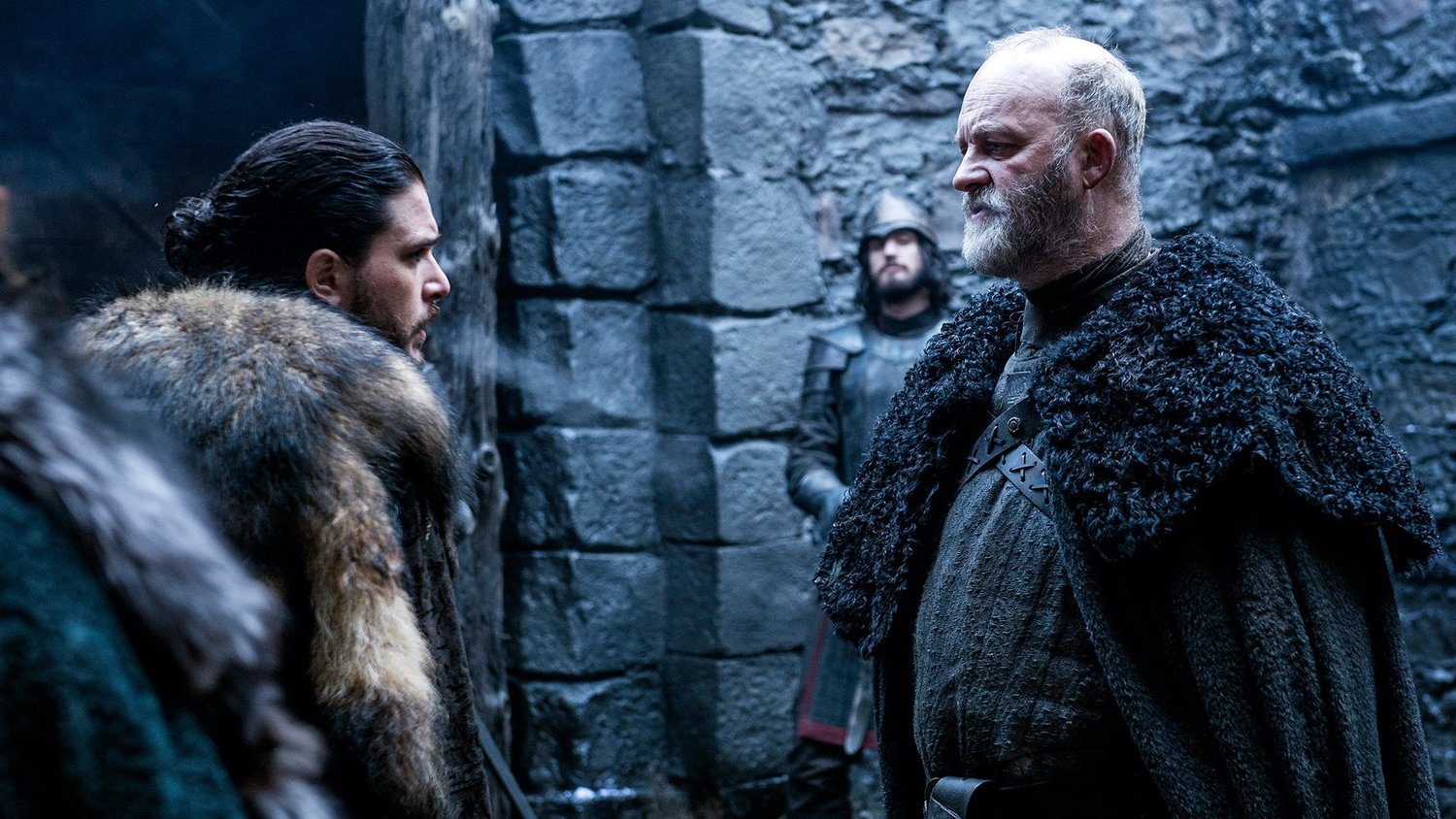 Jon Snow’s circle grows wider by the minute, it seems! Tim McInnerny, who played Robett Glover, the hard-nosed northern lord of Deepwood Motte in two episodes of season 6, will be returning to Game of Thrones.

McInnerny was spotted in photos taken of the actors on the set recently. Several photos from that same batch were published in The Daily Mail, but the one of McInnerny was not. Twitter user PAP4U, the source of the set photos that were first seen in The Daily Mail, later posted a few of those images on their own account, along with this new photo that includes McInnerny in a robe, getting ready for filming.

It appears the actor may have been overlooked, but when fans came across the images on Twitter, WotW readers noticed Lord Glover. Nice work!

#WinterIsComing #Belfast #Irishthrones Its amazing the things you see in the Northern Irish Countryside pic.twitter.com/fMibSGNzyY

The Daily Mail published more photos today from the Game of Thrones set, of Kit Harington hugging the redheaded young woman they label Sophie Turner’s double. We also saw her the other day in costume.

Initially we assumed that information was correct, given her presence in a scene with Harington, Gwendoline Christie, Liam Cunningham, and Aidan Gillen. However her place with the show is unconfirmed at the moment, so we can’t be 100% certain she is a double, as opposed to being an actress with her own part to play. We’ll keep our eyes peeled for more info!