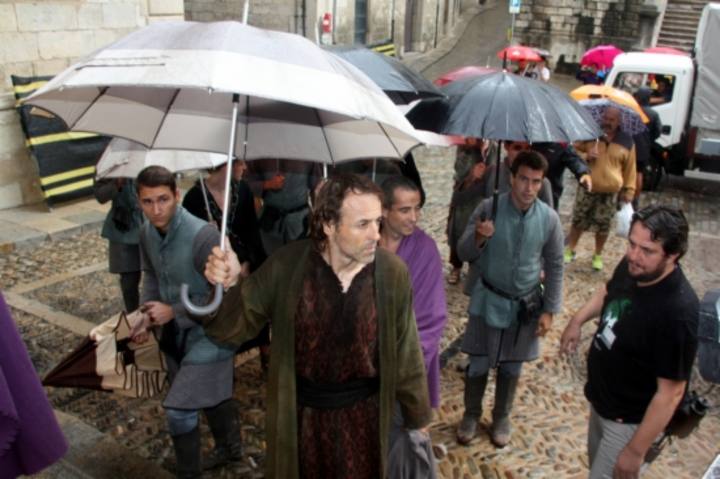 Filming begins in Girona today and the images are coming in thick and fast! 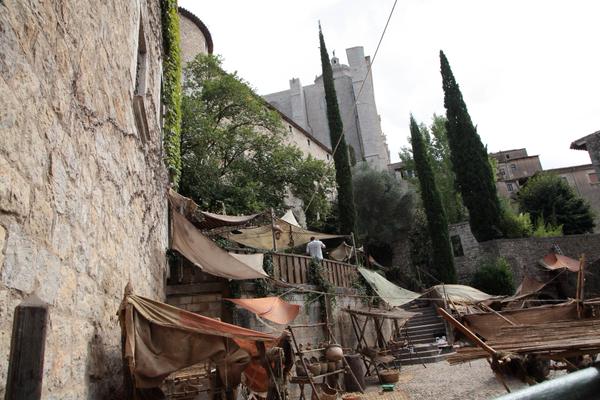 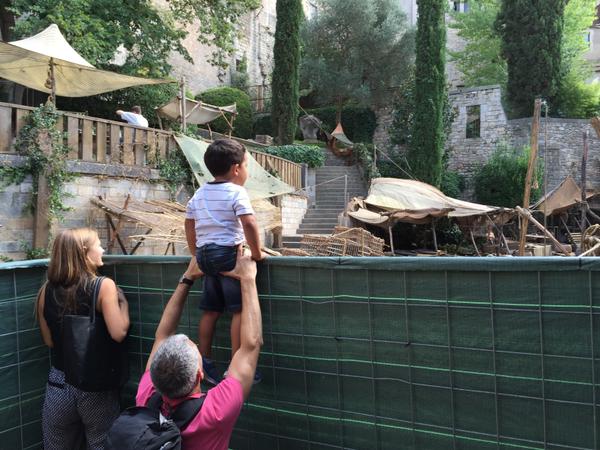 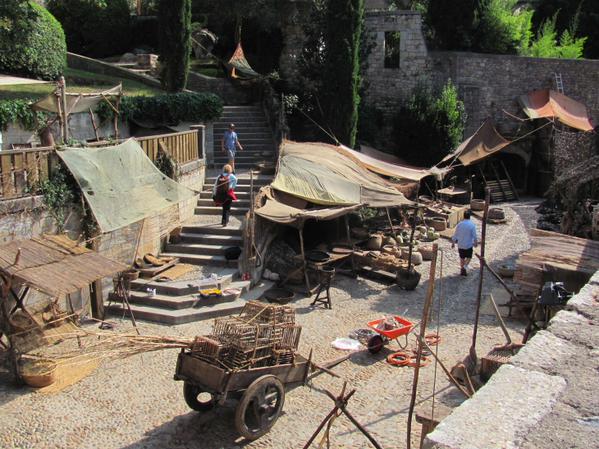 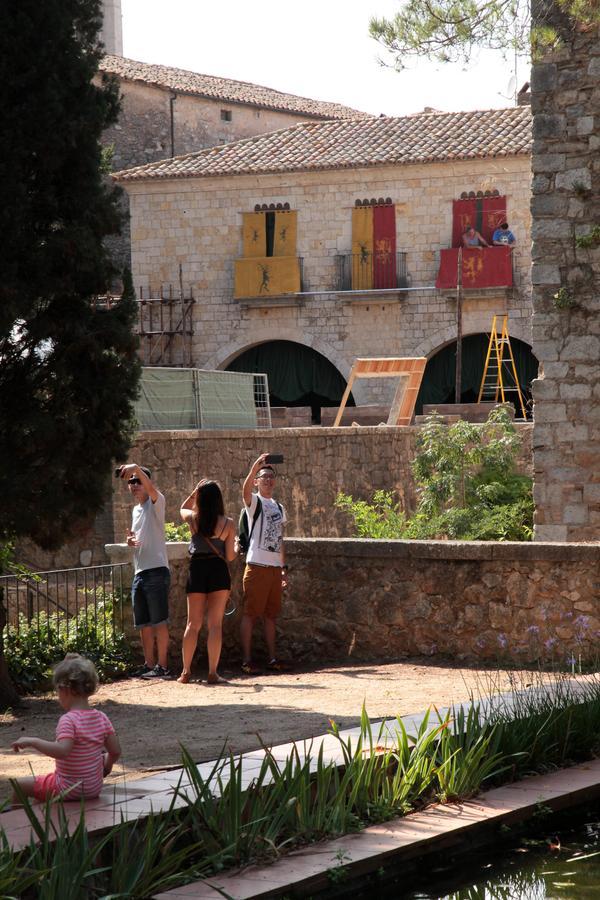 That last picture of course displays the Lannister/Baratheon banners, confirming that Girona will indeed be used for both Braavos AND Kings Landing this year, as previously speculated.  Diari de Girona also acknowledged this in an article earlier today, along with some more filming pictures, including this one of Benioff and Weiss: 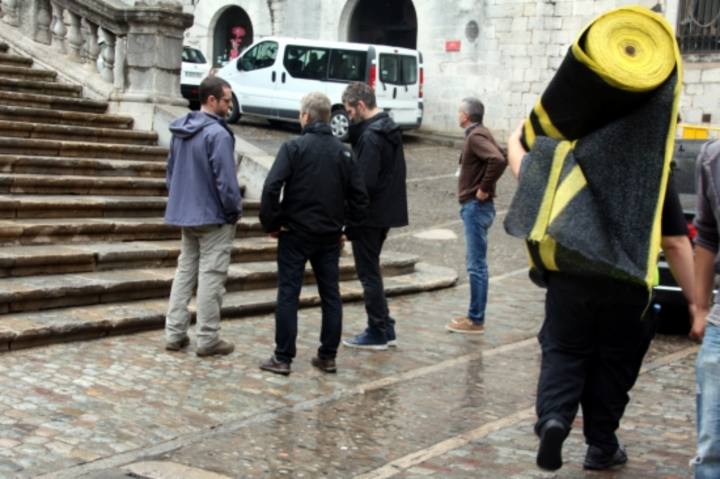 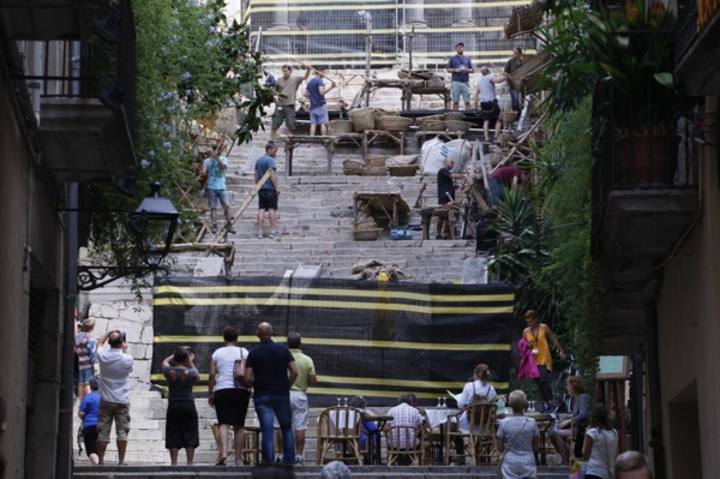 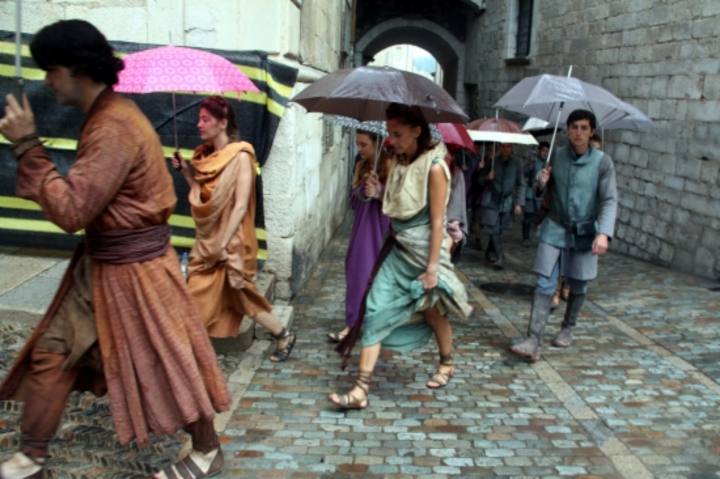 We even have some video footage, courtesy of 324.cat which can be viewed here.  It’s mostly in Catalan, but there are some brief interviews in English and be sure to check it out at 01:48 for a glimpse of the Sparrows!

Meanwhile, ara.cat has also spotted some Braavosi extras, and is encouraging those in the area to tweet about the filming with #JocdeTronsGirona

Finally we have two pictures of the sets being built in Almeria, courtesy of La Voz de Almeria , who remark on the speculations that this will be Vaes Dothrak.  What are your thoughts, folks? 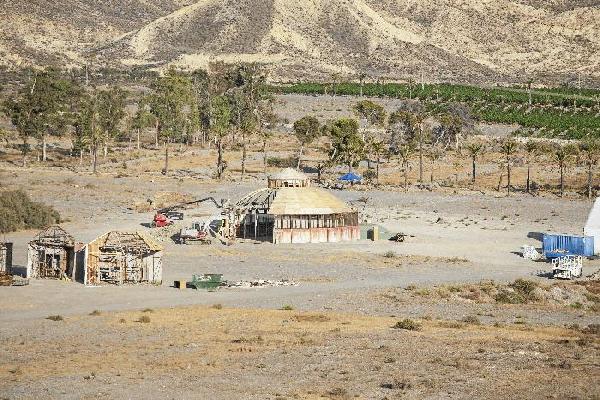 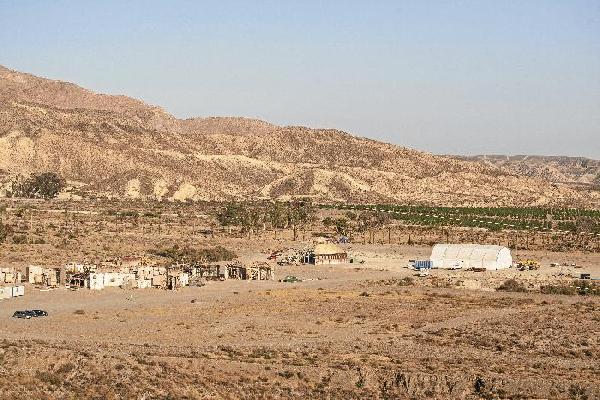