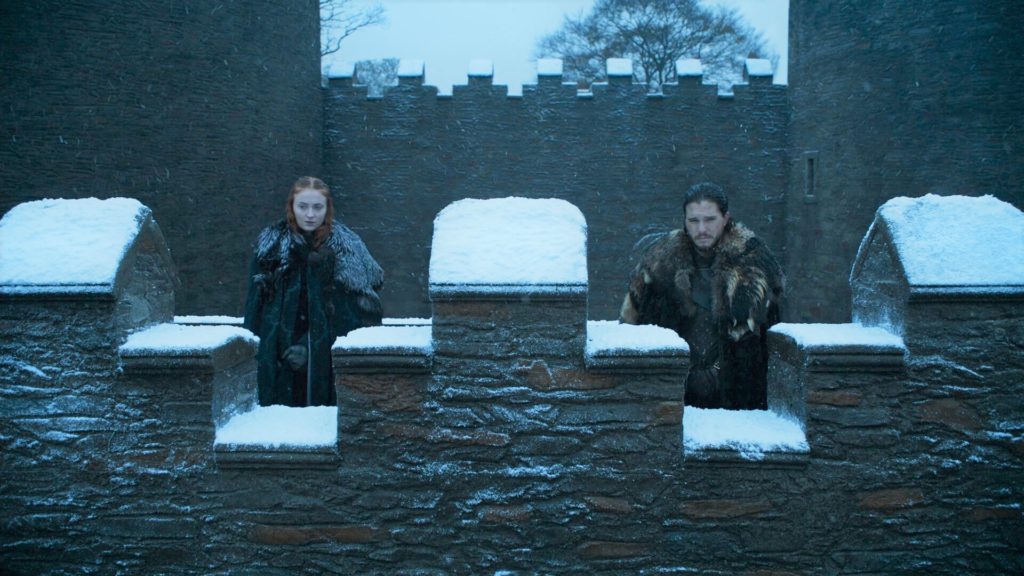 About a month ago we reported on the goings-on at Moneyglass, where the Winterfell set stands. Though we did point out “construction work at Moneyglass is par for the course,” the remodeling for season eight appeared to be particularly extensive at the castle’s walls — as if they were getting the set ready for a defensive battle sequence… Now, we may have not seen a White Walker around yet, but a new photo gives us a clear view of the nearly finished set — and the set expansion is even greater than we thought!

Based on previous photos, we speculated the walls and gate towers were being refurbished, but now, thanks to Roy Dowie, it’s clear the work went beyond that:

For starters, the outer walls now include crenellations, which are not only new for the Moneyglass set (though other parts already had them) but also for the fictional castle, which was always depicted with simpler battlements on the outer walls. For comparison:

The towers, on the other hand, have always been there when we watch the show — but not on the set, or not entirely: though there were foundations, the top of the gate towers and the guard towers were achieved via VFX. If they are bothering to actually build the crenellated walls and towers, that can only mean we’ll see actors interact with these defensive fortifications for the first time. The addition of so much snow piled up on the outside of the walls also points to that side being filmed, which has rarely been done.

All of this leads me to one inescapable conclusion: the production is getting the set ready for an attack. Though it’s something we all imagined, nonetheless it’s worthy of note now that there is actual evidence — Winterfell is getting sieged. 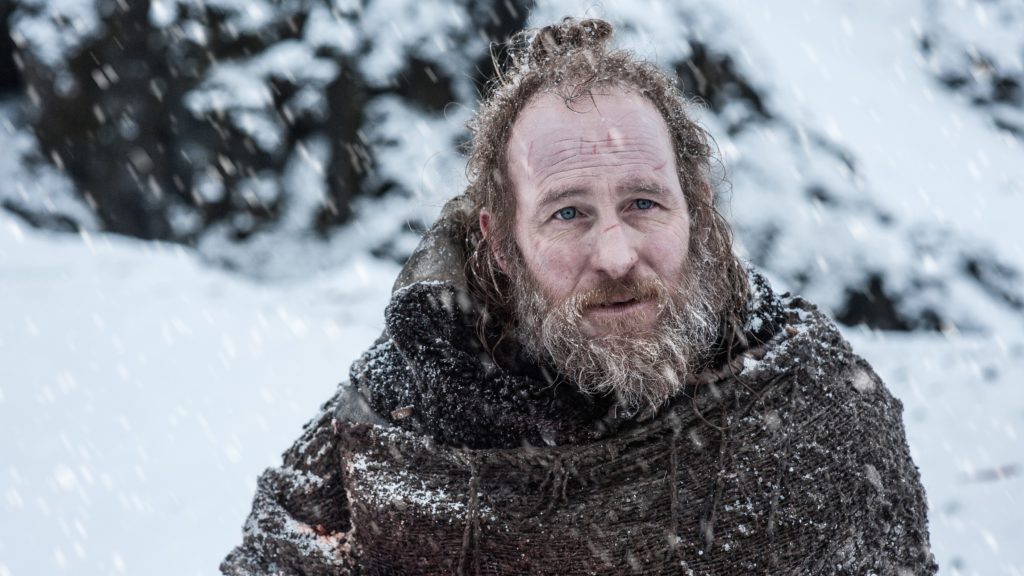 As an aside, two fun little interviews have surfaced, one of them with Paul Kaye, who plays Thoros of Myr — or rather played him, until a really pissed off bear got in the way:

“[M]y ruckus with the zombie polar bear was filmed in Belfast,” Kaye tells Den of Geek. “I was fighting with some guy in a green suit holding a flaming wheelbarrow. It couldn’t get further from what ends up on telly!” he says, echoing the honesty of fellow cast member Rory McCann, who made us all laugh with “No, you’re not [a bear]; your name’s Toby!”

If the formation of the Brotherhood without Banjos wasn’t telling enough, Kaye exalts the camaraderie that was formed between the so-called “Magnificent Seven” during all those weeks in Iceland and Wolf Hill Quarry in Northern Ireland: “I’ll miss the boys. We all got on so well. Rory McGann [sic] and Richard Dormer and Kit [Harington] and Kristof [Hivju], Joe Dempsie… we all got on brilliantly. A great little gang.” 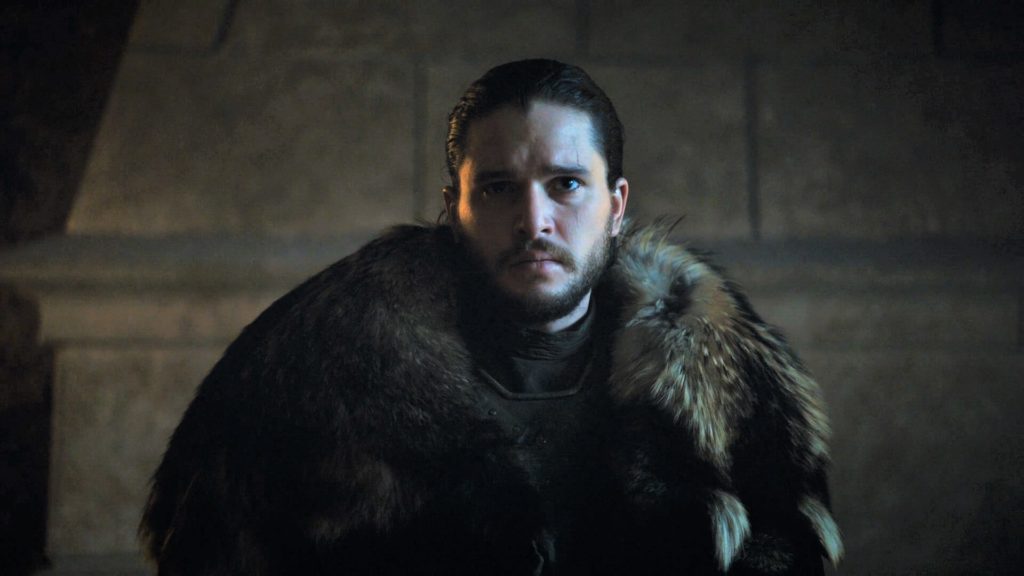 Finally, for Digital Spy, Kit Karington gets emotional about the end of Game of Thrones:

“Thrones is coming to the end at the right time for me, and everyone involved in it,” Harington claims. “I was exchanging emails with [showrunners] David [Benioff] Dan [Weiss] last night and we were all getting very soppy and emotional with each other.”

But it’s not all sadness: “It will be liberating, just the thought of having a whole year free — you shoot for six months, but half of the projects you might want to do will have started shooting before that six months is over. There’s a lot of things you can’t do. I’m looking forward to finishing, and eight years is the right amount of time. I wouldn’t want it to go on any longer than it has. I have other ideas I’d like to look at producing,” he says, in reference to the new show in which he is the star and producer: “I found the producing side of Gunpowder fascinating. I would like to do more of it. I’ve found it’s opened up a different side of my creative brain, which I’ve really enjoyed.”

“Game of Thrones is coming to a very quick end, which I’m feeling emotional about,” he admits. “I’ve learned working with the Thrones producers what the job involves.”

I don’t know about learning to be a producer, but I think we all share Harington’s bittersweet feelings about the show coming to an end. We all want the satisfaction of a resolution, but that also means there is no more Game of Thrones!