Kit Harington & Nikolaj Coster-Waldau speak out about their last days in Season 8 | Watchers on the Wall | A Game of Thrones Community for Breaking News, Casting, and Commentary 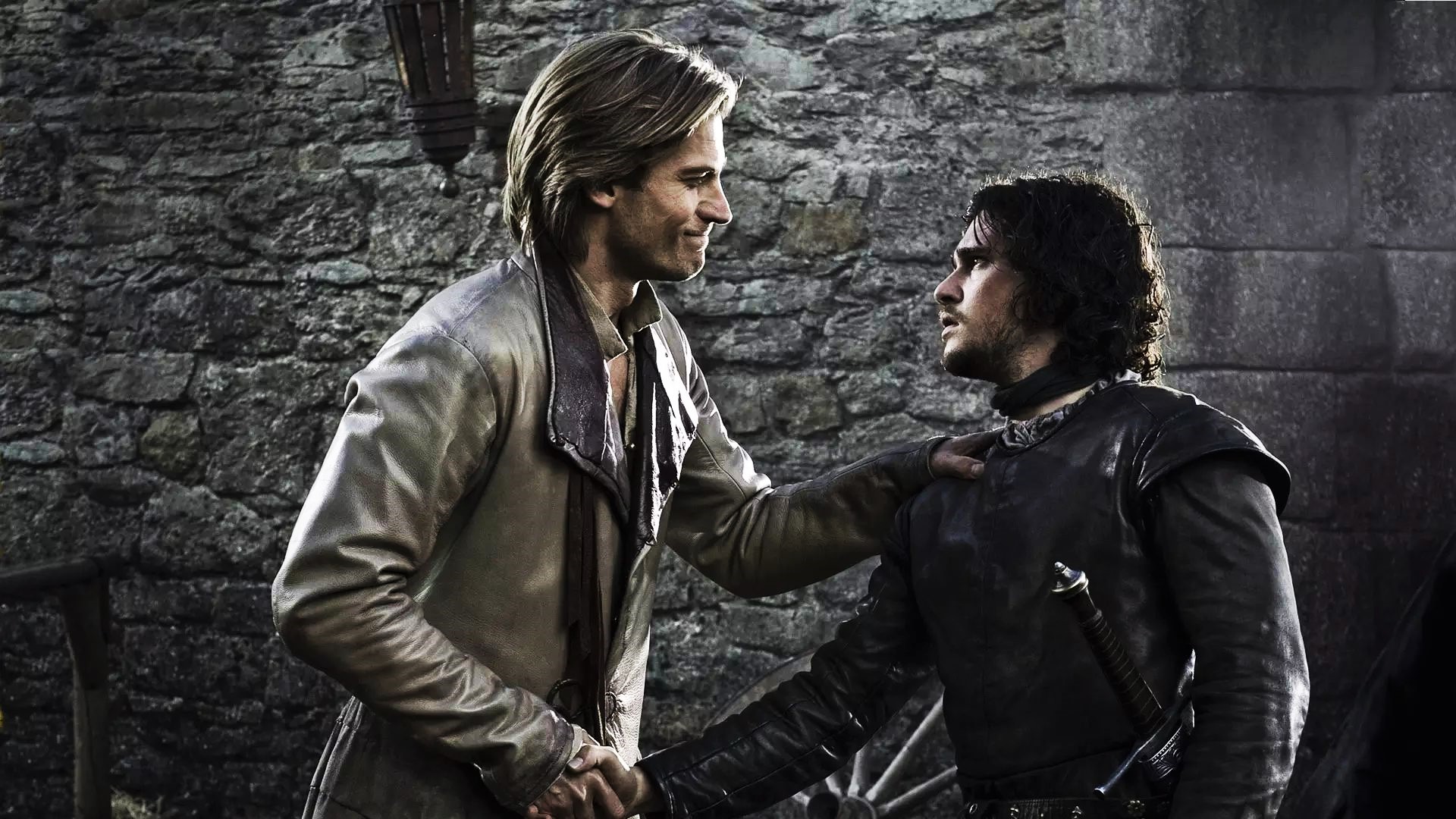 With Game of Thrones coming to an end soon, most interviews with the cast follow the familiar pattern of looking back to nearly a decade of work on these characters, including their end, and also of looking forward to whatever may come next. In two fantastic new interviews, Kit Harington and Nikolaj Coster-Waldau may not break the mold but they do go deeper than most regarding their challenges throughout the Game of Thrones years, as well as the difficulty of filming as Jon and Jaime for the last time.

Speaking to Star2, Nikolaj Coster-Waldau says he’s “proud to have been on a show that has had this kind of impact and success” and relieved “that it has come to an end in the way that [showrunners] David Benioff and D.B. Weiss had wanted it to.”

“I had a great last scene. It was absolutely beautiful. It was the perfect way to end,” Coster-Waldau confidently says, before revealing: “It wasn’t the final scene [of Game of Thrones], but it was close to the end and it was shot at a beautiful location. At this point, I had seen quite a lot of colleagues wrap, so I had seen a lot of tears, beautiful speeches, and I knew what to expect … I didn’t expect to be emotional, so I don’t know what happened. I had allergy, there was something in my eye… My final scene was beautiful.”

Kit Harington opened up about quite a lot for a wonderful new feature at Variety, starting with how it felt to get rid of Jon Snow’s signature look:

“A huge part of my 20s are me with that look,” Harington tells Variety. “My wedding pictures [with former co-star Rose Leslie] are me with that look. For a long time toward the end of ‘Thrones,’ I felt like I wanted to be a new person but I was stuck in this shape. [On the last day of shooting,] I took off the costume, and it felt like my skin was being peeled away. I was very emotional. It felt like someone was shedding me of something.”

Sometimes during his time on Thrones, it appears the experience was as challenging as it was emotional: “Looking back at the entirety of ‘Thrones,’ there’ll be 70% of the scenes that I’ll just never be happy with. I’ve come to terms with that … My memory [of people’s criticisms early on] is always ‘the boring Jon Snow.’ And that got to me after a while, because I was like, ‘I love him. He’s mine and I love playing him.’ Some of those words that were said about it stuck in my craw about him being less entertaining, less showy.”

“I had a shaky time in my life around there — like I think a lot of people do in their 20s,” he ponders. “That was a time when I started therapy, and started talking to people. I had felt very unsafe, and I wasn’t talking to anyone. I had to feel very grateful for what I have, but I felt incredibly concerned about whether I could even fucking act.”

Thankfully, the actor started to turn the corner with the season for which he was first Emmy-nominated: season six. In particular, the Battle of the Bastards: “I now look back and I go, well, I was a fucking integral part of that whole thing. Jon was, and I am, and I’m proud of it. It took me a long time to not think ‘I’m the worst thing in this.’”

“I know who this is now, and I’m at peace with who this is,” Harington confidently states, regarding his experience in season eight. “I just got a feeling that it’s the most satisfied I will be with my work as Jon Snow.” However, that doesn’t mean it got any easier. Quite the opposite, in fact. For this last nine-month shoot “in extreme weather and just in heavy fucking costumes”, Harington says: “I was there the whole time this year. I felt a bit like people were coming in and out, and Jon Snow was just fucking there the whole time.” It was all for a purpose, though: “They went balls out, I think is the term. They could have easily set the same budget as they did for Season 7, but they went bigger.”

After seeing Peter Dinklage “just break down” as he wrapped as Tyrion, when it was his turn he felt “a huge heave of emotion. I’m just blubbing,” just as he did during the final table read. Here he points out, quite intriguingly, that “the end of Jon’s journey, whatever that may be … I was satisfied with how his story ended.”

This is an incredibly long and insightful interview, with additional remarks about Harington by cast-mates and friends of his such as Emilia Clarke (Daenerys Targaryen) and John Bradley (Sam Tarly), so you really should go read the whole thing at Variety.