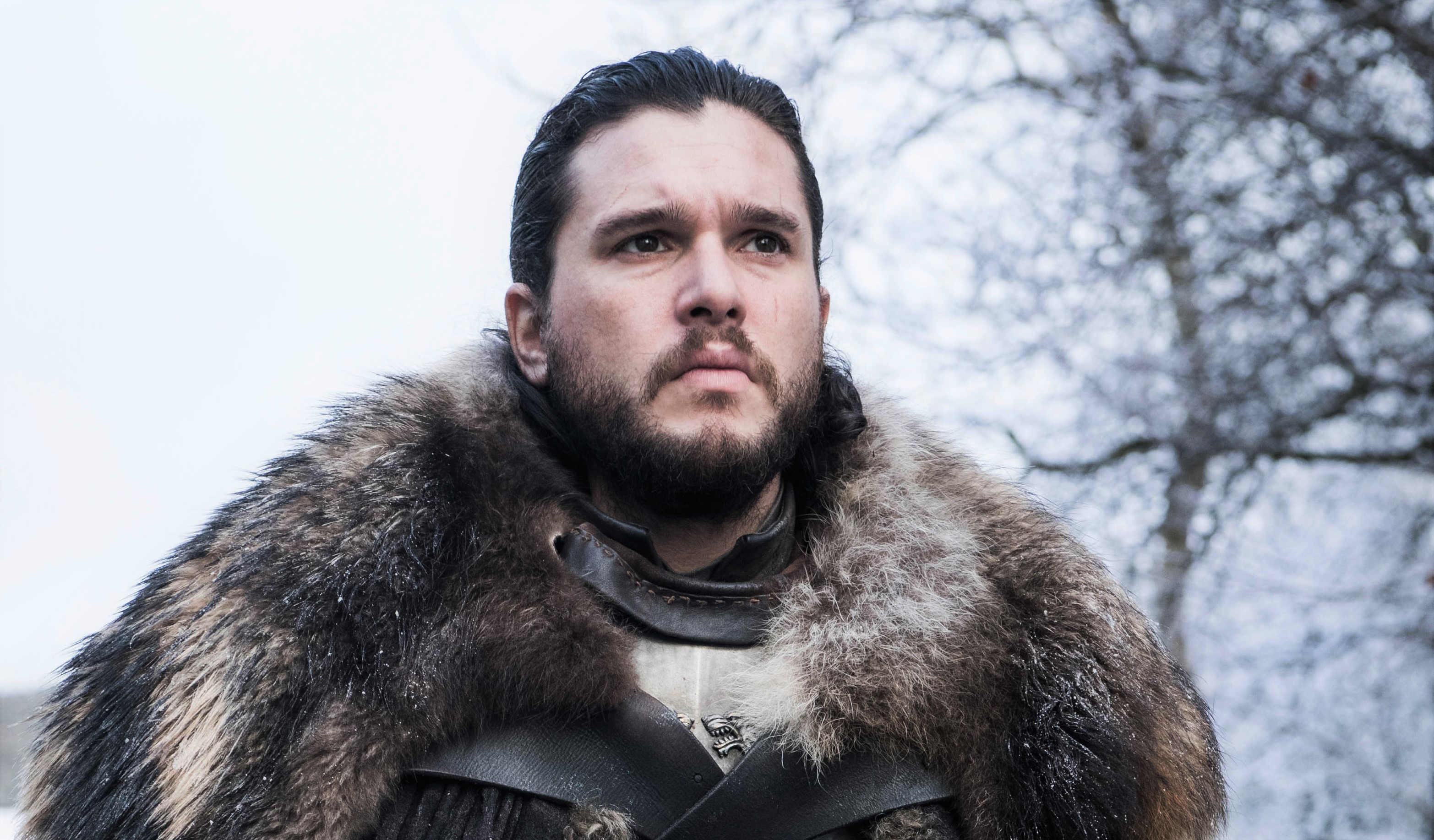 HBO has been churning out Game of Thrones spinoffs left and right for development and yet I still did not see this one coming. A new show for our curly-haired angsty hero Jon Snow! So says the Hollywood Reporter.

It’s apparently a sequel series in development so we don’t know if it will even survive to the pilot stage, let alone make it to our screens in a couple years. But that’s never stopped us from speculating wildly in the name of having a good time!

Plus I’m having too many thoughts and questions brought on by this absolutely bonkers rumor-drop from THR and those thoughts need to be spilled before they become a migraine. Here we go!

Why would Kit Harington return to Westeros? Isn’t he finished with all this? Kit seemed to be finished with the story and with Jon Snow in 2019. He said it, repeatedly in so many interviews. However, after three years (and more, if you factor in filming time), he might be feeling refreshed and missing the character he lived with for a decade. The stories the Powers That Be (whoever THAT is) are pitching him might be exciting enough to get him back in the game. Or – let’s be real – maybe the pot is sweet enough because so far his career beyond Thrones hasn’t been on fire- we haven’t heard much about a Black Knight movie/series lately.

And let’s face it – the world still sees Kit as Jon Snow.

I’m reminded of Leonard Nimoy, and his frustration in the 1970’s with Star Trek fans not understanding the differences between him and Spock, though he loved his TV character. He merely needed some distance for a time. After a few years, his stance softened and he returned to the role of Spock for the Star Trek movies. Nimoy embraced the part and his role in pop culture more fully. Maybe Kit Harington has too?

Who is in charge of this? Who is writing it? That’s pretty important and I feel like Harington wouldn’t be signing on unless he knew who was showrunning and/or writing it. George RR Martin does not have the time/availability to be a major part of this. I imagine he could consult periodically, and provide some input as to Jon and other lead characters’ futures as he did in GOT, but there’s no way he could have a major role on a regular basis. It’s not realistic. GOT Showrunners David Benioff and D.B. Weiss have said fairly recently that they have no intention of returning full time to the GOT-verse (and I’m inclined to believe them). Bryan Cogman (Co-executive producer and writer) has already denied being involved, on his twitter- and I’m also inclined to believe him. I mean if HBO was smart they’d dump a pile of money is his lap to have him run and write this show, but it’s HBO. So…it’s probably someone else developing it. Perhaps another frequent GOT director like David Nutter (HBO’s The Time Traveler’s Wife)? Just spitballing here.

Where would the Jon Snow spin-off film? Game of Thrones based its filming in Northern Ireland (with location filming in Croatia, Spain and Iceland) but House of the Dragon has shifted to a home base in England. Would the sequel series return to Northern Ireland with its useful quarries and shores? Importantly, Jon went journeying in the series finale, so would this hypothetical new show spend time in Iceland? Spring was coming, in the finale, but it’s always snowy to a point when you’re far beyond the Wall. Or would Jon’s story find its way back down further south and include more familiar faces from down that way as well… 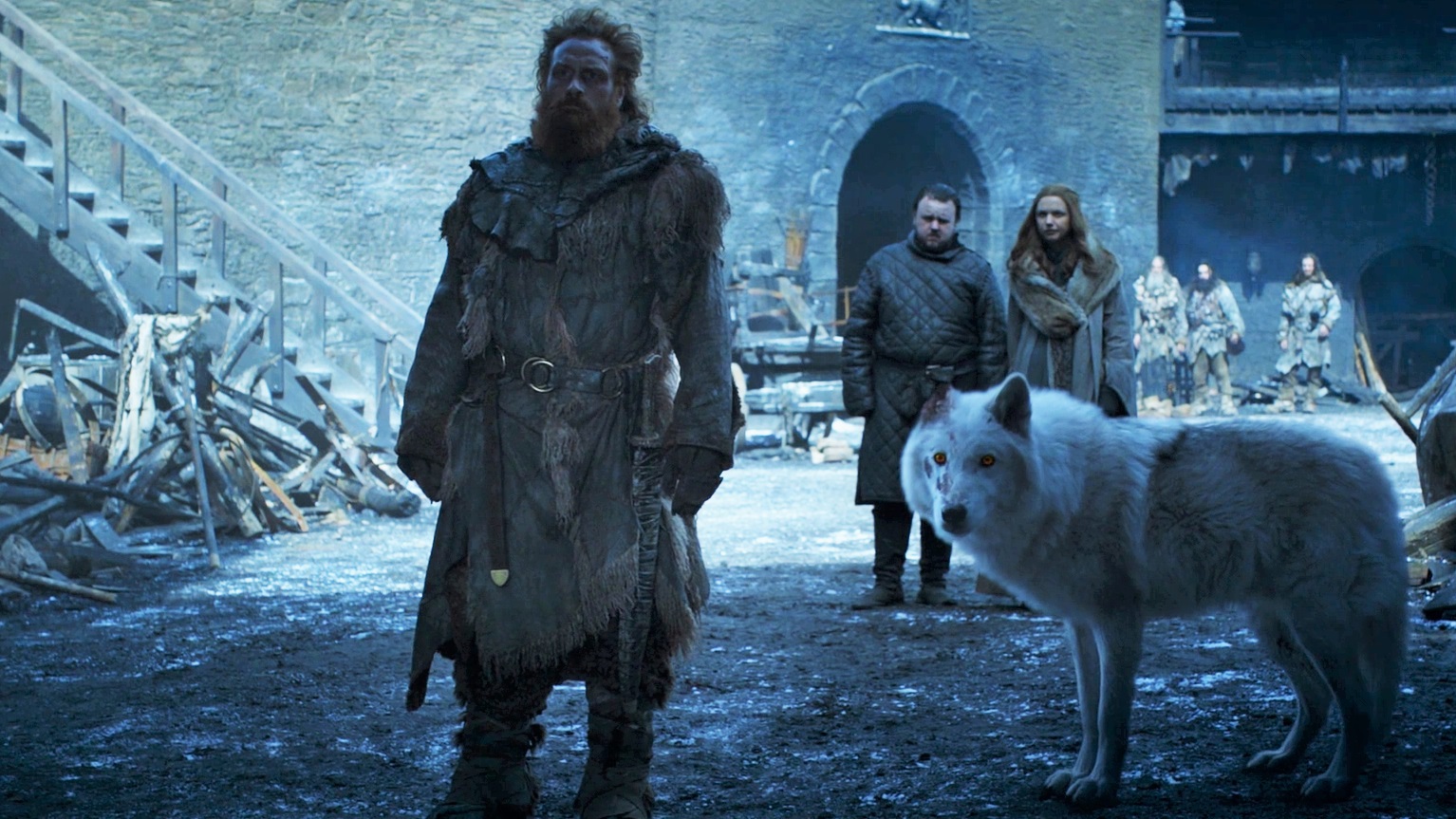 Familiar faces- Who?: Who else would we see in the sequel spinoff besides Jon Snow? One no-brainer guess is Tormund Giantsbane (Kristofer Hivju), last seen heading beyond the Wall at Jon’s side with the wildlings. He’s a fan fave, sign him now. Also: GHOST! Give him lots of pats this time or fans will rage out. People get weird about dogs. Since wildlings are with Jon and Tormund, the show has an opportunity to introduce characters that fell by the wayside in GOT due to time constraints such as Mance Rayder’s wife Dalla and her sister Val. People may say, “Why?” to which I say, “Why the hell not?” Also, I would love to see all the skinchanging issues of Varamyr Sixskins explored. There’s a wealth of opportunity in presenting wildling culture more deeply. The books have good shit- use it.

We could also see more of the people just below the Wall- I would bet that Jon will pay some visits to his sister Queen Sansa (Sophie Turner) and her people there. And the Three-Eyed Raven King Bran is not bound by walls- we could see Bran (Isaac Hempstead Wright) again. And how about the ramifications of Bran’s unusual reign in Westeros? Now that would make a great addition to the show, exploring how all these issues tie together. GRRM always mentions Aragorn’s tax policy. Well this would be like the ASOIAF/GOT post-war version of seeing Aragorn’s tax policy being developed. (Which is more interesting than it sounds.)

And the Dany (Emilia Clarke) flashbacks would be beautiful agony. I can see the Twitter fights already.

(Also, Drogon is still out there. Hmm. Is that too Jaws: The Revenge?) 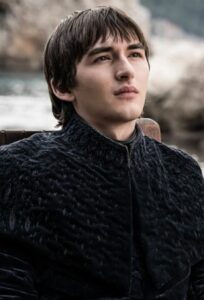 Is this show damage control? Now, that’s a rough question. Is this happening simply to gradually ease off some of the unpopular endings of Game of Thrones? I don’t think so. Technically I do think a sequel spinoff is a chance to change the endings for some of the characters since we’re extending the story. However I don’t think we’re going to see a drastic change. Arya will still be off adventuring. I don’t think she’s going to suddenly be settled down and married to Gendry instead. Sansa will still be Queen in the North. Dany will still be uh you know. And I think most likely Bran will still be king on the (non-existent) Throne of Sixish Kingdoms. I do see a possibility of Jon’s exile being softened. If we are following him, who knows where his journey will go, depending on how long this new series lasts. If it gets made at all! We are wildly speculating now.

The big question: Do we really need this show? I don’t know, man, do we really need ANY show? It’s entertainment and Kit Harington is an eminently watchable ball of charisma. I’m as surprised by the announcement as anyone. There are no truly charitable reasons that any TV show gets made. Networks always want to make money. That’s reality. But we could also get to watch a great TV show with more Westeros content. And that’s incredibly exciting.

So do I think people will watch it? You bet your ass I do.