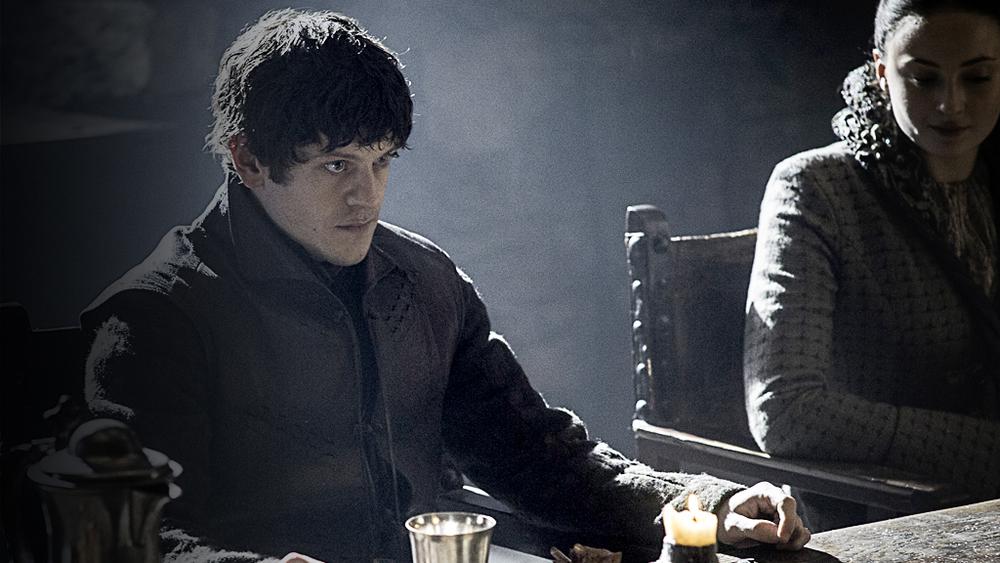 Iwan Rheon chats about an upcoming film role and the “honor” of being the most hated character on Game of Thrones and Dean-Charles Chapman discusses Tommen’s ineffectiveness as king.

In an interview with The New York Times, Iwan Rheon discussed playing a young Hitler applying to art school in his upcoming film, Adolf the Artist. “Oh, I’m typecast already!” he said, referring to his career shift from playing sad-eyed sweethearts like Moritz in Spring Awakening or Simon Bellamy in Misfits to playing maniacs.

Rheon hinted that next season we’ll see Ramsay experiencing something akin to grief for Myranda, which Rheon said surprised even him. However, that doesn’t mean Ramsay’s exactly on the road to redemption.

David Benioff and D.B. Weiss have said that Ramsay will be up to “very bad things” in season 6 and Rheon concurs: “Sometimes you just think, ‘Oh God, can’t we just do something nice?’ On this show, the heroes aren’t necessarily standard heroes, so I guess your villains need to be even worse.”

However, he considers the mantle of Worst Character on Television “an honor” of sorts. “Apparently I’m scarier than a White Walker. And a giant. And a dragon.”

“I’ve been trying to figure out what it is, but it’s so difficult to objectively look at why you get cast as all these strange people,” he said. “The big eyes, maybe. But I’m not complaining.”

Dean-Charles Chapman spoke to IGN about the political and familial quagmire Tommen finds himself in, in season 6 and his general ineffectiveness as king.

Chapman said Tommen feels guilty over his failure to take action against what’s happening in King’s Landing. “He could do whatever he wants, and he could have changed the whole fate of the show, or the situation that’s going on in King’s Landing – and he hasn’t,” Chapman said. “Now it’s eating him away. But he’s got to think about his own back. He’s got to do something himself. Whatever he does, I don’t know.”

While Chapman thinks Tommen would “make a good friend,” he doesn’t think Tommen’s “got it in him” to be an effective ruler. “He wasn’t meant to be king, was he?,” Chapman said, “He was just meant to be the brother of a king, I suppose. He’s just been trapped in this mad story by George R.R. Martin, and it’s all kicking off… Unless he turns into a Joffrey.”

Tommen turning into Joffrey would be an interesting development. Would Chapman prefer Tommen become a second Joffrey or die the sweet innocent that he currently is?