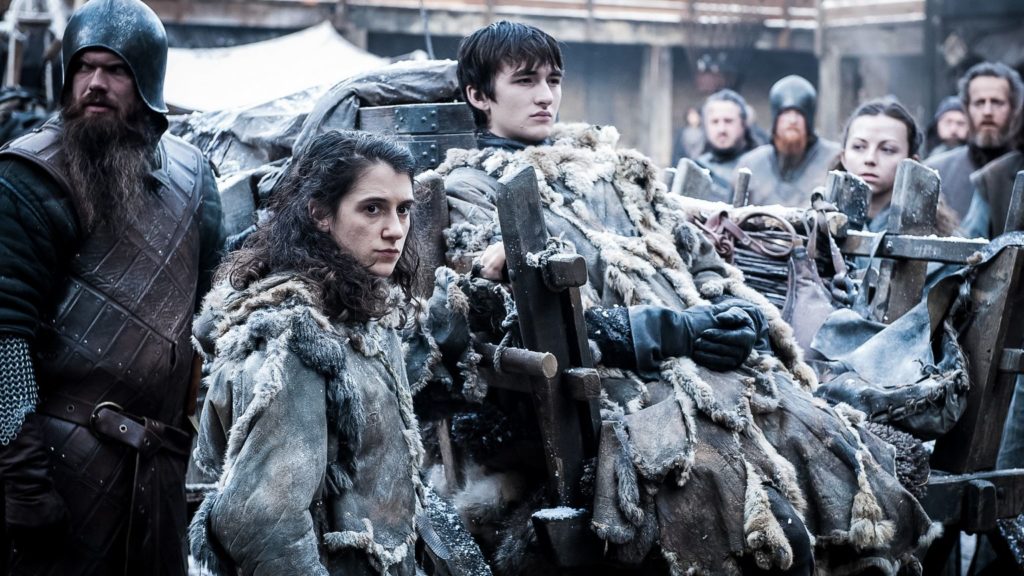 Bran and Meera have been in quite a journey. Since she became his protector, her brother Jojen kicked the bucket, followed by Summer, the three-eyed raven, Leaf, and Hodor. And yet, Bran lives — Meera did her job! But is it done? Will she return before the end? And what does “the end” mean for Bran? How weird will things get for the new three-eyed raven in the final season? Isaac Hempstead Wright and Ellie Kendrick have the answers … well, perhaps not the answers, but they do have some answers!

Speaking to Time, Isaac is happy to speculate about what lies ahead for Bran. Since the character is so steeped in “magic stuff,” it’s no wonder these are crackpot theories:

It’s clear the young actor has fun with the theories, and it’s not a solitary experience for him: “My favorite fan interactions are always when someone has something to say about the show or some kind of theory, because I’m a big fan of the show as well,” he reveals. “I think I speak for the whole cast when I say that we all love this television series as much as everyone else does. So when someone comes up to me and gives me a theory or asks me my opinion on something, I love being able to talk about that.” And so do we! 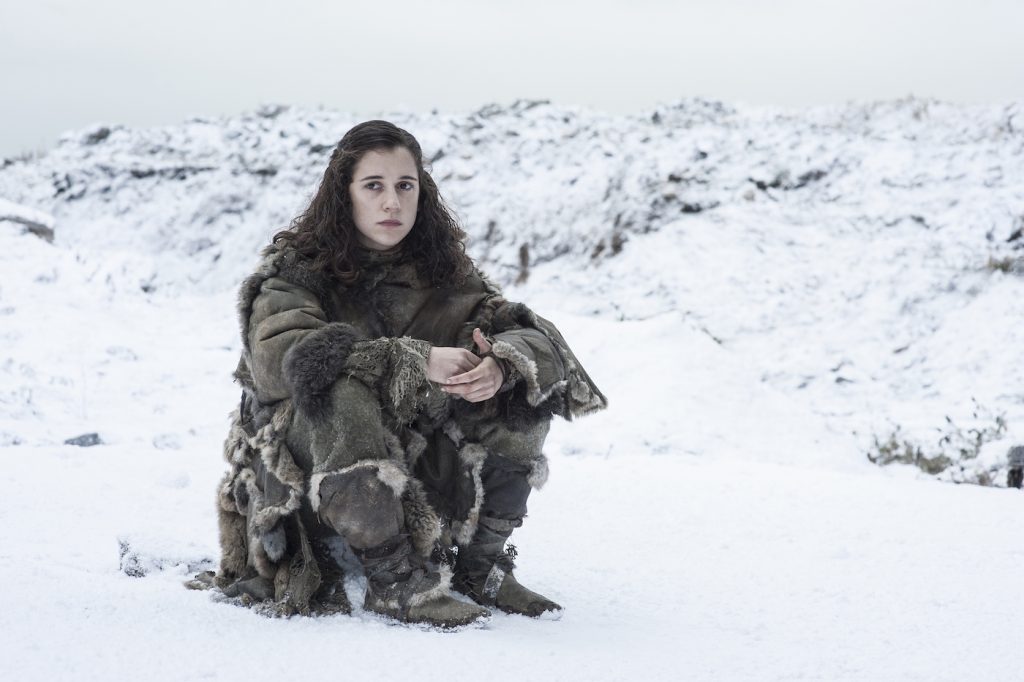 In an interview in two parts with Metro, Ellie Kendrick looks back on Meera’s long journey with Bran, as well as her own with Isaac Hempstead Wright:

“It’s pretty amazing [that she’s survived so long] considering Meera’s faced off zombies, and starved in a cave and battled through the ice, I’m proud of her,” Kendrick tells Metro. “I do feel very lucky to have survived so far for four seasons. It feels like a rare privilege.”

Meera may be alive but her last appearance felt very much like a goodbye, and it did for the actors as well: “It was really sad on a personal level, because we had a little gang which dwindled further and further as the seasons went on,” Ellie laments. “It was a sad day to say farewell to young Isaac – not so young now and also very tall, which means he was so difficult to put on the sled, which I actually did, although he’s a lot taller than me.”

So, is that it for the Reed archer? Does she get to survive the wars to come off-screen or will we see her again? Kendrick not only admits she has “absolutely no idea what’s going to happen,” but that she doesn’t even yet know whether she’s back for the eighth and final season or if that cold farewell with Bran was the end for Meera Reed:

“[I’m not appearing] as far as I know. I don’t know. It’s funny because I always get asked, ‘What’s going to happen? Are you in it?’ Genuinely the truth is I don’t know. I wait for the phone to ring and then I find out, but it hasn’t rung so I don’t know. I’ll find out whether I am or not at some point, but for now I haven’t been notified so I’m yet to discover.”

Though I’d very much like Meera to return, her job was protecting Bran and she accomplished it. As far as I’m concerned, she gets to retire now. If it wasn’t for the almost cruel last scene with Bran, I’d be completely satisfied with her story being done. But will we get a better last scene with her? Filming is underway and Kendrick hasn’t been notified yet, so it’s not looking good. What do you guys think?