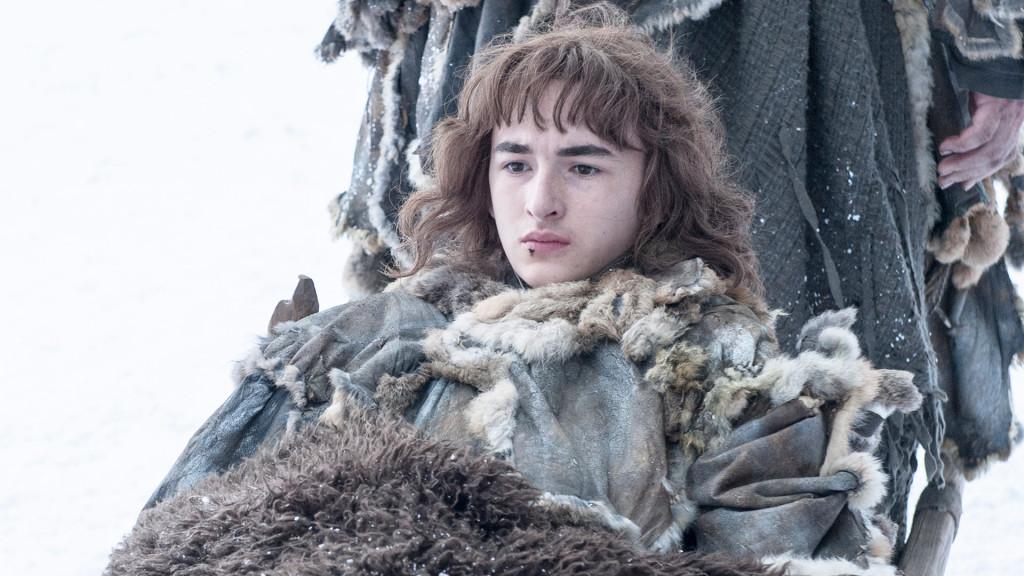 Following up their tantalizing first look at Bran Stark in season 6, Entertainment Weekly spoke to a nearly 6-ft tall Isaac Hempstead Wright about his absence from season 5 and what we can expect from Bran’s storyline this April. Potential spoilers below. Proceed at your own discretion.

The 16-year old actor addressed Bran’s omission from last season, recalling the meeting in which showrunners, D.B. Weiss and David Benioff told him his character wouldn’t appear in season 5.

“When I first heard the news Dan and David wanted to have a chat with me, I was like, ‘Oh no!’,” he says. “Usually that’s to tell you [your character is] dead. So comparatively, missing a season was like, ‘phew!’”

The showrunners decided to omit Bran from season 5 in order to fast-forward through Bran’s psychic-Weirwood-tutelage under Bloodraven, comparing Bran’s learning curve to Luke Skywalker’s largely off-screen mastery of the Force.

“And they’re exactly right,” Hempstead-Wright says, “I would have just been sitting in a cave going, ‘Oh, I can nearly do it now.’ “

Presumably, this means we can expect a fully (or nearly fully) trained Bran Stark in season 6 which interviewer, James Hibberd, describes as Bran’s “biggest and most crucial season yet.”

“Previously Bran’s seen tiny glimpses of future or past but never has he been very much in control in the situation,” Hempstead Wright says. “Now we’re given looks into very important events in the past, present and future of this world and Bran is beginning to piece them together like a detective, almost as if he’s watching the show. Equally, he’s now discovering how crucial he could be in the Great War. It’s quite Inception-y.”