Inside Tyrion's, Sam's & Jorah's regal letters and the Greyscale book from "Stormborn"! | Watchers on the Wall | A Game of Thrones Community for Breaking News, Casting, and Commentary

Freeze-framing featured letters and books and other details has been part and parcel of the Game of Thrones experience since the beginning. We’ll look for answers anywhere! However, it’s rare to get as great a look as today’s at the show’s intricate props.

If, while watching Stormborn, you wondered in which context Tyrion snuck in the “All dwarfs are bastards in their father’s eyes” comment in his letter to Jon, or how poignant Jorah’s farewell to Daenerys was (spoiler alert: very poignant,) or how Sam revealed the mountain of dragonglass under Dragonstone, read on. Also: we actually get to read part of Archmaester Pylos’ treatise “on rare diseases” —the cure for Greyscale!

Making Game of Thrones shared ten wonderfully high-resolution photos earlier today. The following is a selection of the ones that are, perhaps, most telling: 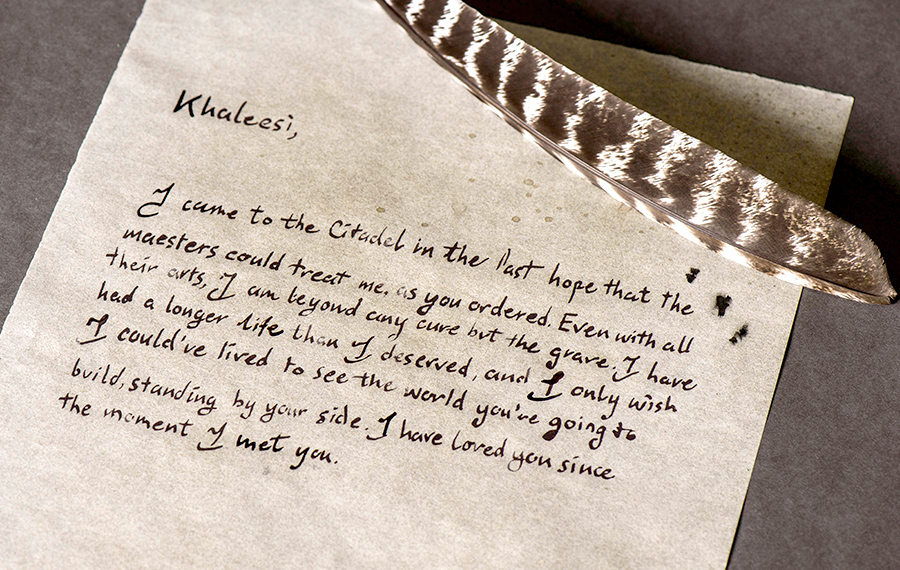 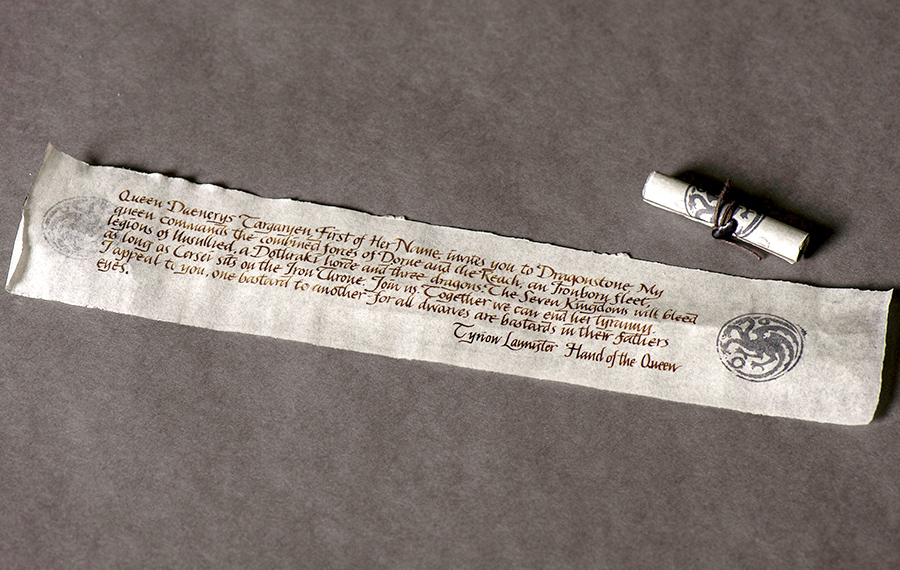 Tyrion includes the iconic phrase as a personal appeal to Jon “from bastard to bastard.” 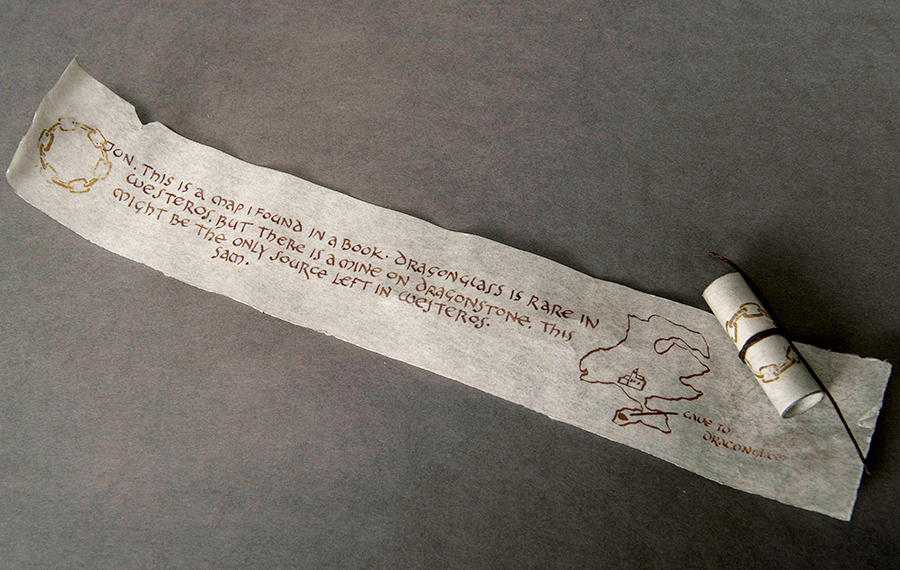 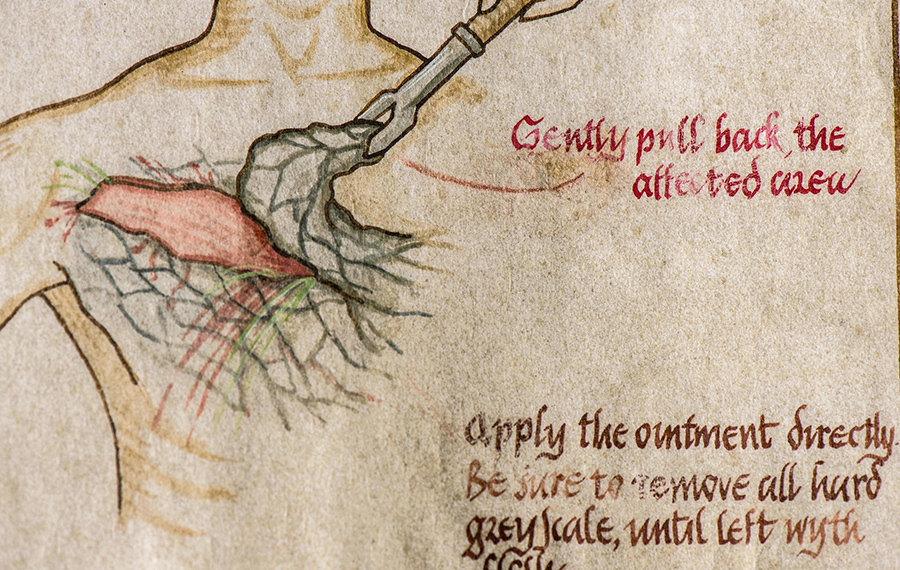 Pylos was quite explicit in his illustrations. As if seeing it once wasn’t gruesome enough!

Head to Making Game of Thrones for the full gallery, including a closer look at Sam’s map of Dragonstone’s mountain of dragonglass and more pages from Pylos’s book.