HBO releases 'new' Season 8 trailer for Game of Thrones; reunion special to stream on HBO Max | Watchers on the Wall | A Game of Thrones Community for Breaking News, Casting, and Commentary 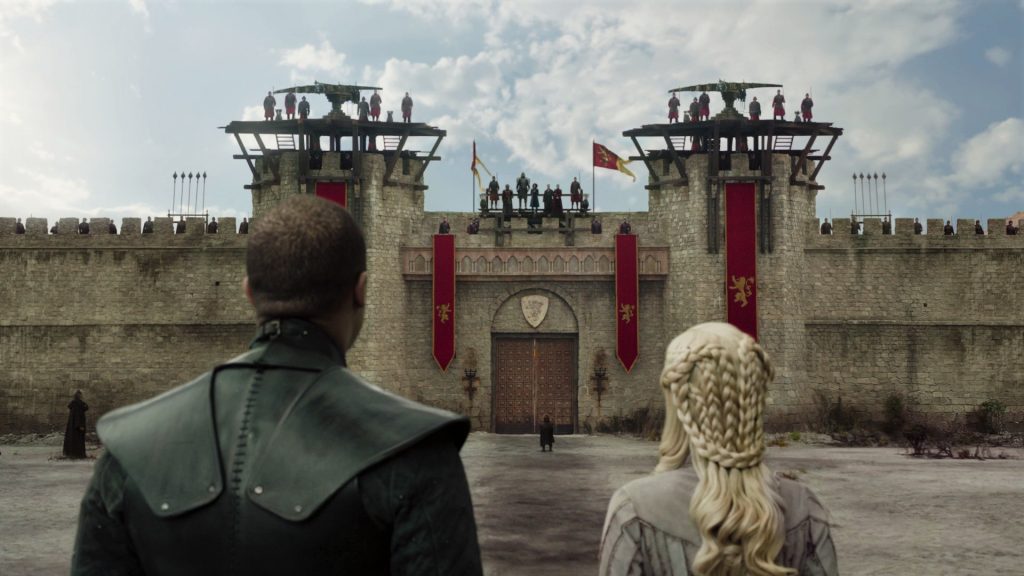 Grey Worm and Daenerys watch Tyrion attempt to bargain with Cersei in Season 8.

News about the 10th anniversary of Game of Thrones (April 17th, for those of us keeping tabs) just keeps rolling in, and I, for one, am not mad about that in the least.

Adding to the growing list of events, merch, and more known as the Iron Anniversary was news from The Hollywood Reporter that HBO released a “new” Season 8 trailer for the show, which doesn’t contain any previously unused footage but is new in the sense that it’s a re-edited version chock-full of the special effects, drama, and “lavish spectacle” of the final season. It’s more of a recap, and of course it’s prompting all KINDS of comments (use your imagination), but it was nice to watch it and reminisce about the show itself and the insane hype leading up to S8.

In addition, The Wrap reported that as of April 6th, the Conan O’Brien-hosted GoT reunion special taped in Northern Ireland in 2018 after production wrapped on the series is now streaming on HBO Max. Previously, it was only available as an extra feature on the “complete series” or “complete collection” Blu-ray box set of GoT, but in honor of the upcoming anniversary, HBO has made the special — featuring appearances by Emilia Clarke, Sophie Turner, Maisie Williams, Isaac Hempstead Wright, Sean Bean, Kit Harington, Lena Headey, Nikolaj Coster-Waldau, Peter Dinklage, Mark Addy and Jason Momoa — available on its streaming platform.

This isn’t the last we’ll hear of Iron Anniversary celebrations, so stay tuned to WoTW for all of the updates!