Have you been as starved for Westerosi content as a dragon chained in the Meereenese catacombs? Well suffer no longer. HBO has just released character posters of the House of the Dragon cast to get us [even more] hyped for the show.

The first poster tweeted on House of the Dragon’s official Twitter account is of Emma D’Arcy as Rhaenyra Targaryen, the eldest child of Viserys I. 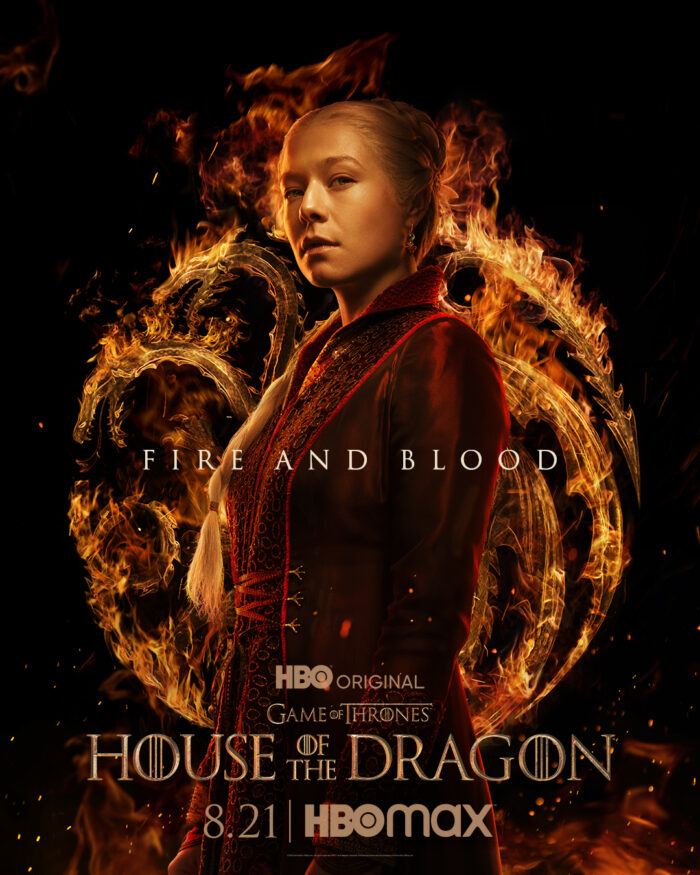 Fittingly enough the next poster to follow Rhaenyra’s was of Daemon “Prince of the City” Targaryen came next. My campaign Matt Smith stan campaign has never been stronger. 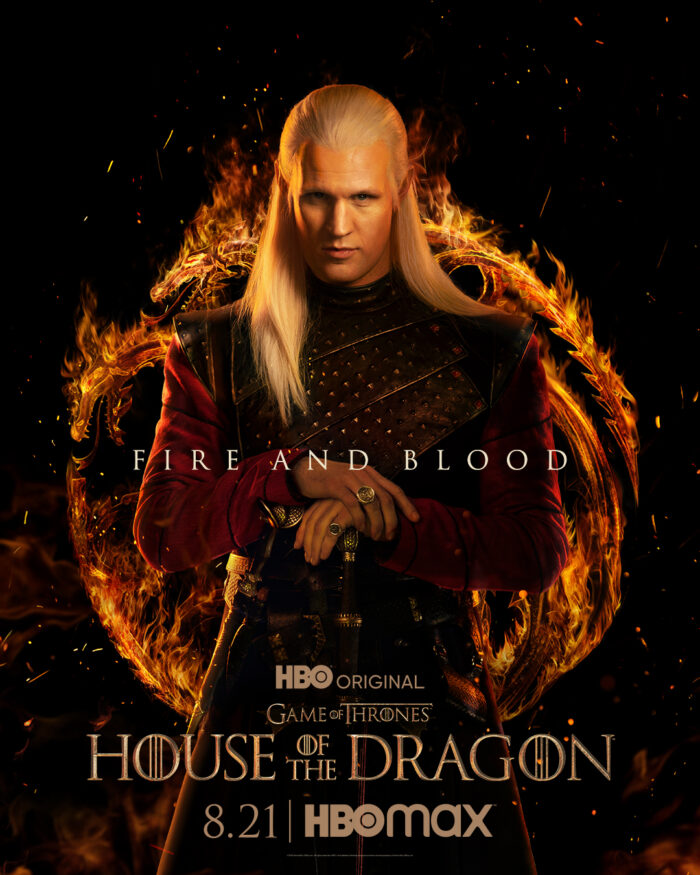 Next we got a great look at Paddy Considine as Visery I Targaryen, whose contentious choice of heir kicks off the whole dance of dragons debacle (spoilers?) 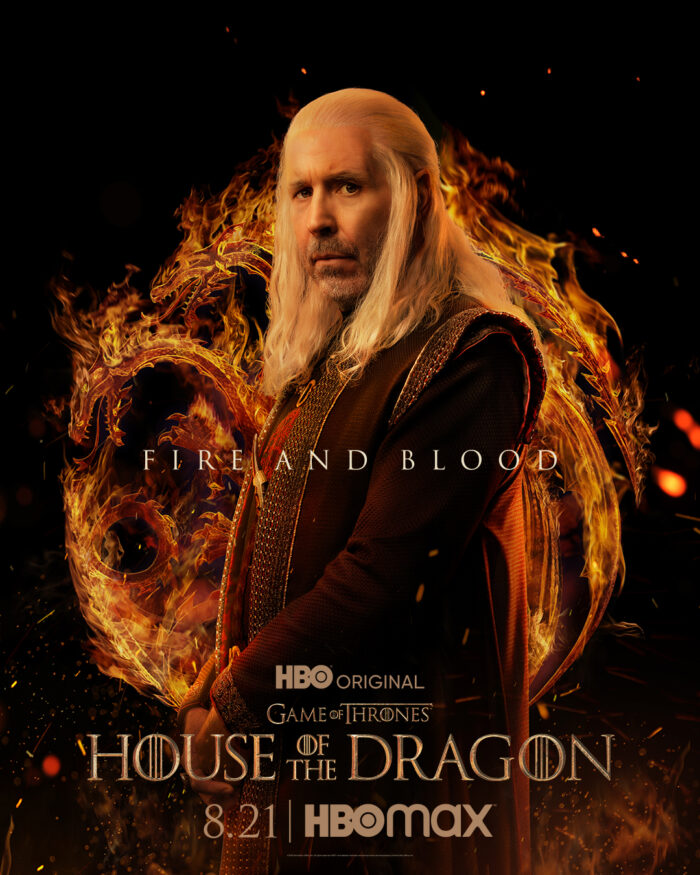 After Viserys we finally get a poster of one of the “Greens,” Otto Hightower, played by Rhys Ifans. 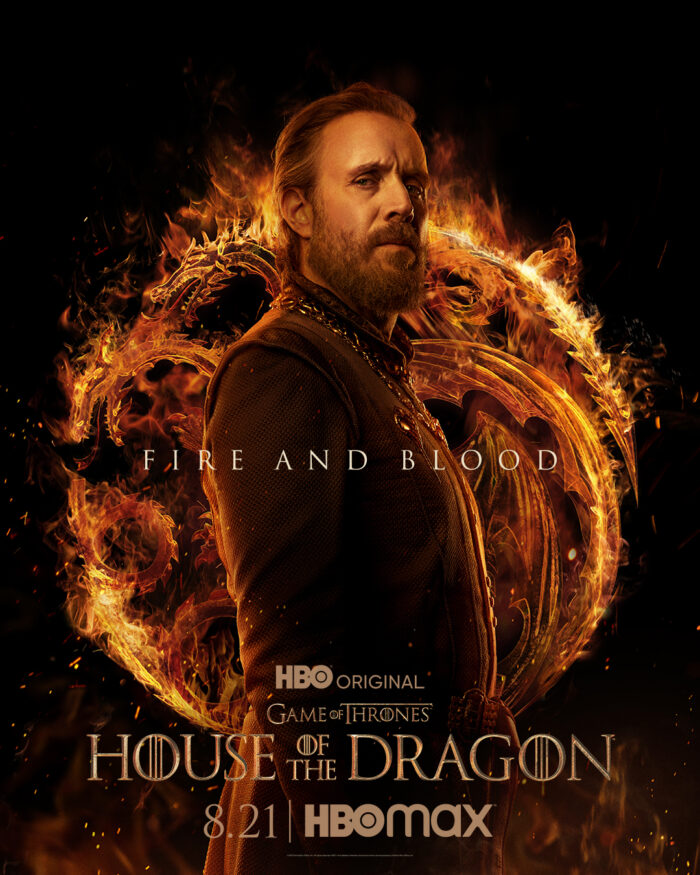 The poster of Olivia Cooke resplendent in green as Alicent Hightower came next. 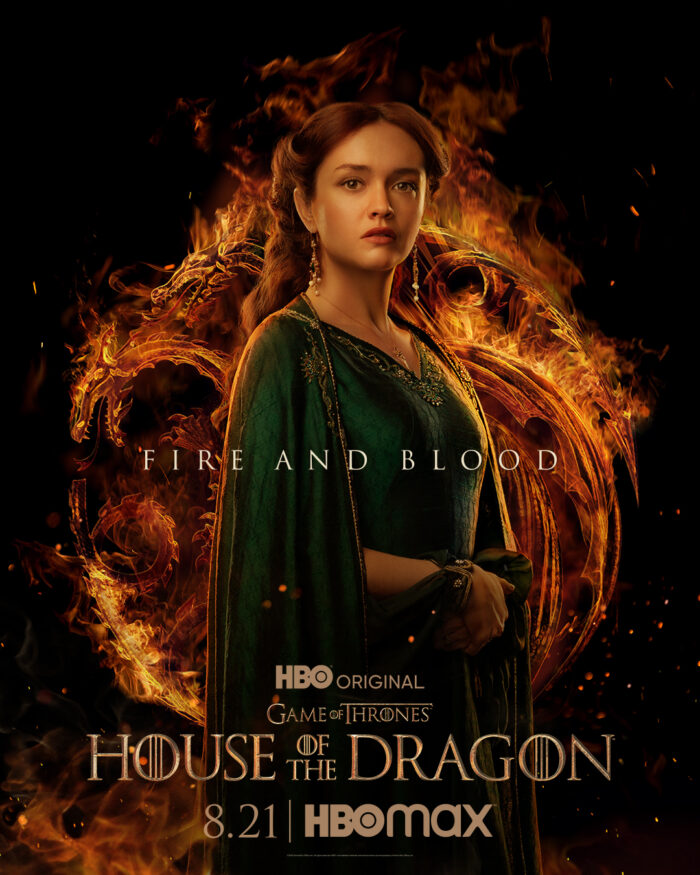 Yes! The character poster I was most excited for after Daemon: Steve Toussaint as Corlys Velaryon, the Sea Snake. 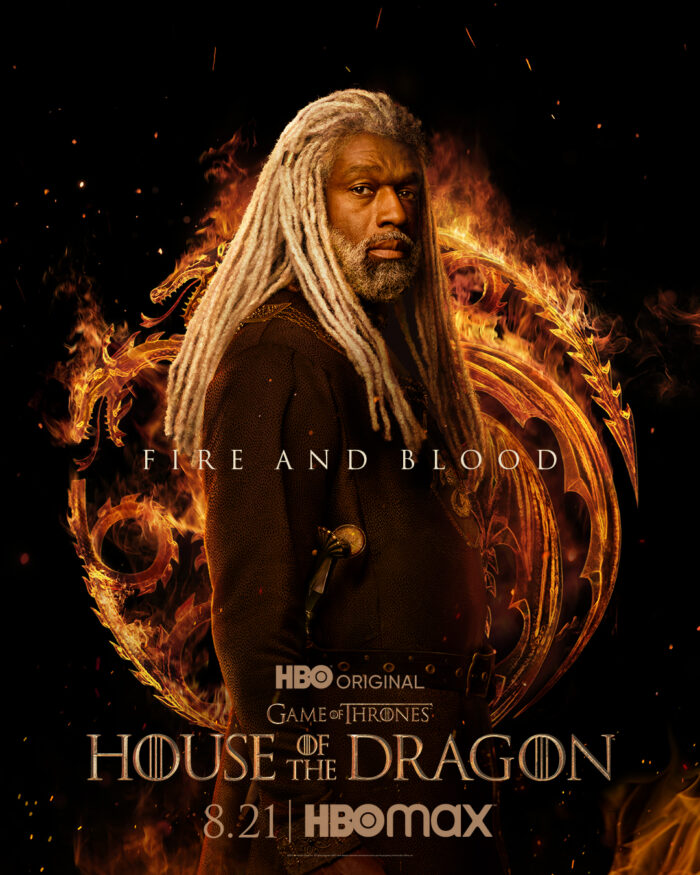 The tragically monikered Queen Who Never Was, Rhaenys Valaryon. 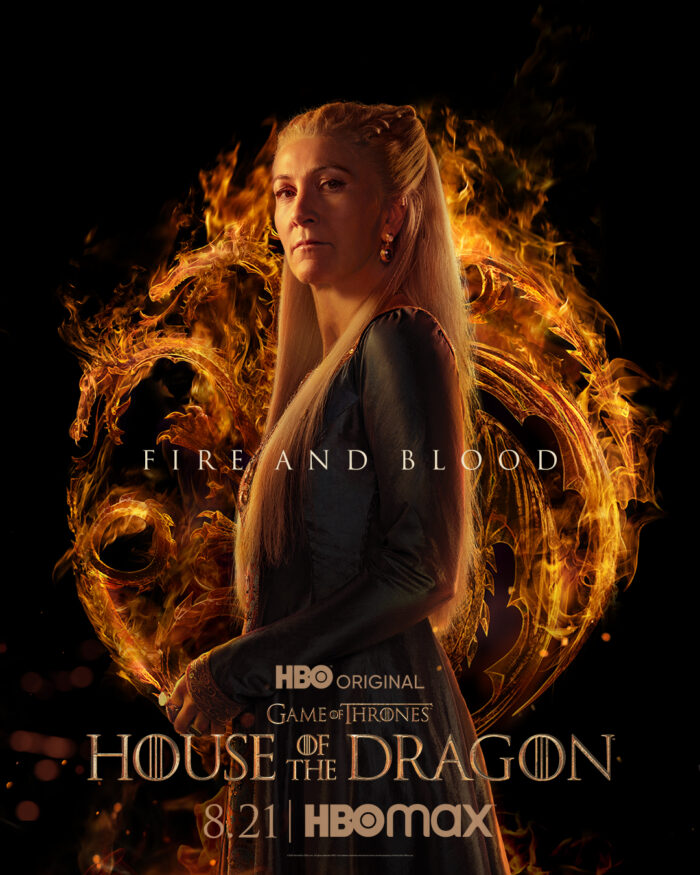 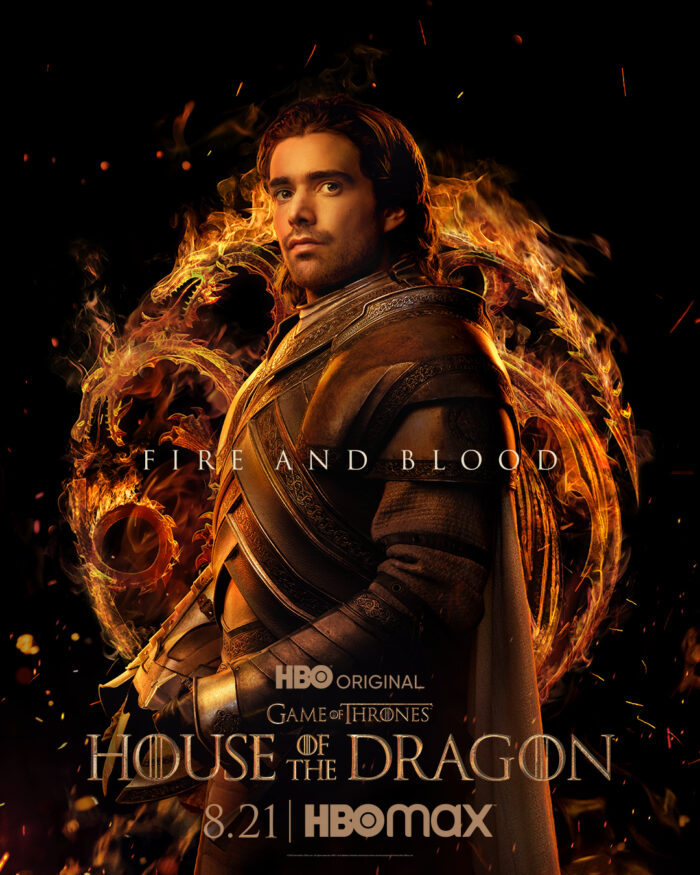 As does Mysaria (Sonoya Mizuno) aka Lady Misery aka mistress of whispers (and also, like, maybe confidante to Daemon Targaryen … whatever). 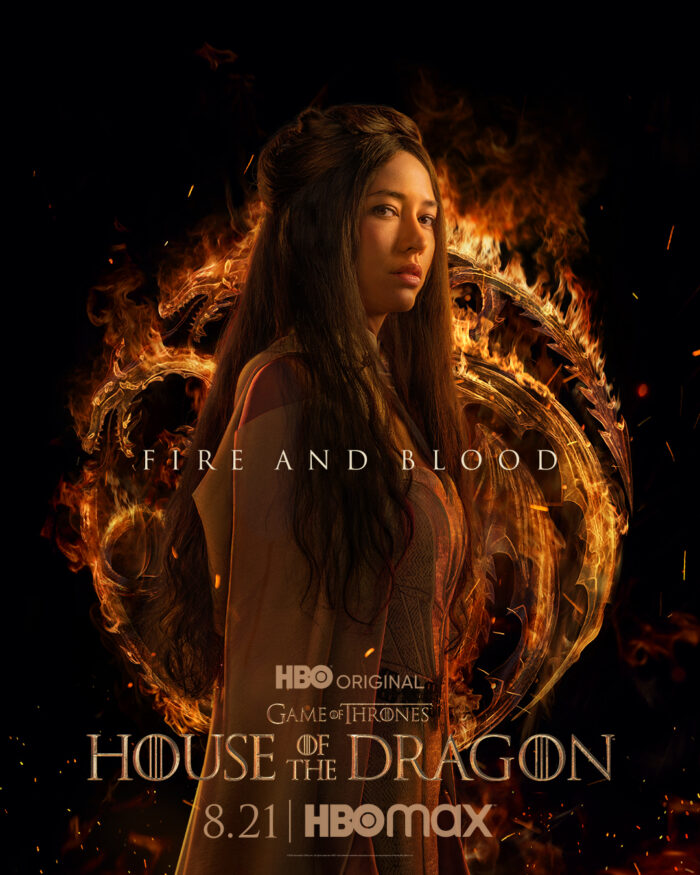 Earlier today, House of the Dragon also tweeted a screen cap from an episode of the show. It’s a bit of an odd choice to tweet a screen cap rather than a set photo, but it gives us a tantalizing look at Rhaenyra standing over a map of Westeros while four figures (one of whom looks like Rhaenys; the other three I couldn’t make out) walk away.

I’d like to point out that the map is designed to resemble cooling magma and that’s metal as hell. 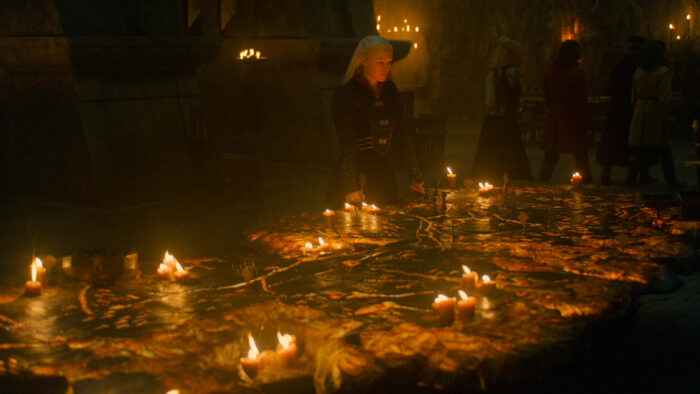