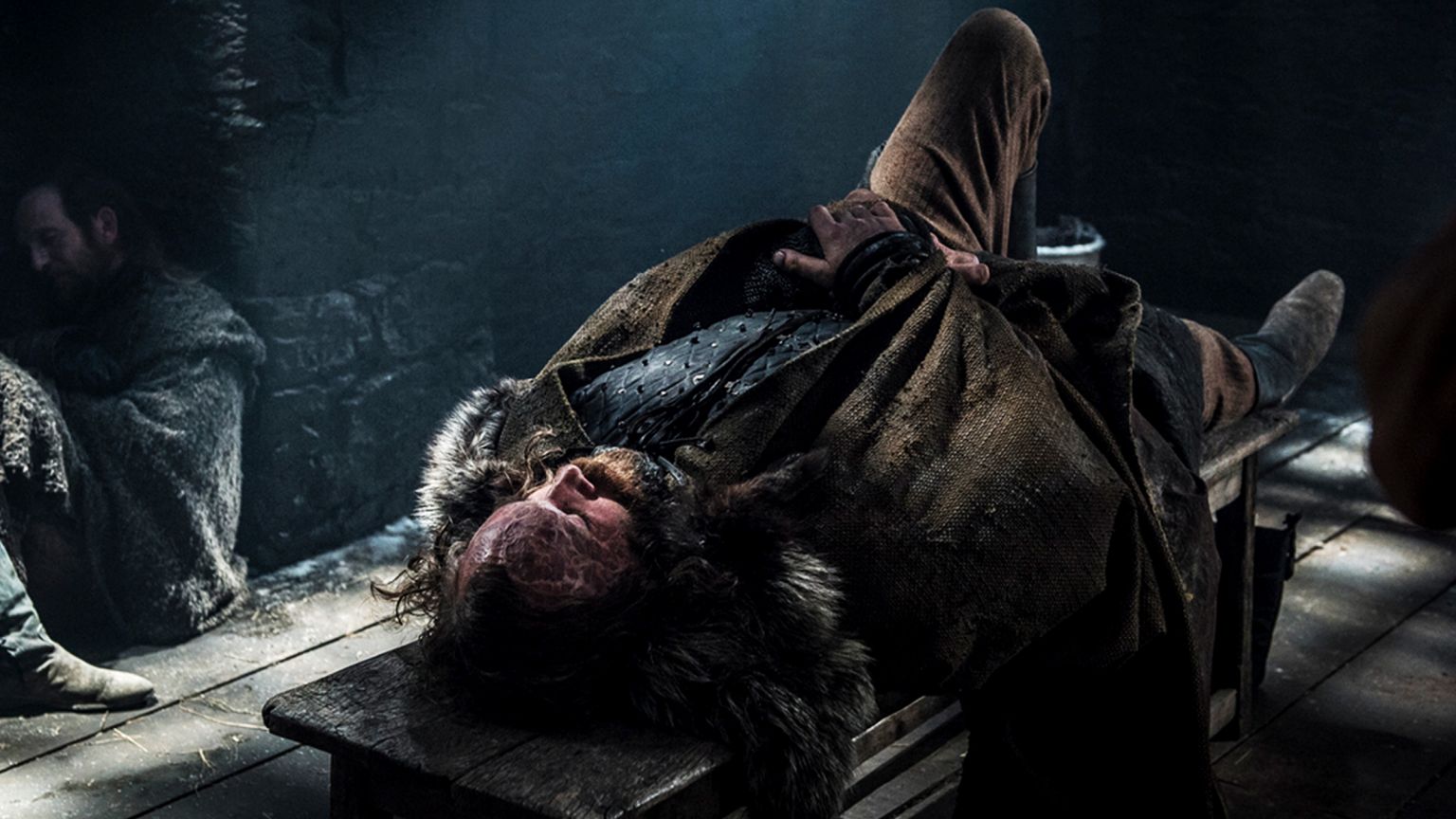 No ifs, ands, or buts about it, there are some truly heinous things going on in America right now. There are two things upon which we can all (hopefully) agree:

Naturally you started smiling again because you read over Oz’s wonderfully eye-opening recap, and reveled in his hatred of all things Lord ‘Dirtball.’ And while Sue was taking a break, you thought you’d check in on my recap.

But let’s be real – you came here because you don’t have time to read 600 other reviews. Never fear – I live for this stuff. Here we go…

Alan Sepinwall, UPROXX – In which he is relieved that more and more characters are returning to the promise of the first scene of the TV show, and finally taking the White Walkers seriously.

Alex Mullane, Digital Spy – In which he notes that much of the episode is devoted to people on the fringes of power grappling with how to effect change within those who are in power.

Alicia Lutes, Nerdist – In which she is positive that she has conclusively determined the three dragonriders.

Alyssa Rosenberg, The Washington Post – In which she highlights the ‘coalition politics’ of the men who are venturing out beyond The Wall, all divided in class, faith, and experience, but are able to coalesce into a uniform political alliance unified by a shared goal.

Andrew Snell, Mirror – In which he calls into question Daenerys’ steady potential descent into the madness of her father.

Bennett Madison, Vanity Fair – In which he comes up with a very helpful reminder for distinguishing between Gendry and Podrick Payne that in no way, shape, or form refers to Podrick’s overlarge member.

Brandon Nowalk, AV Club – In which he identifies the different style of story (i.e. Blockbuster drama) on which the season has taken life.

Dave Gonzales, Thrillist – In which he walks us through Littlefinger’s careful plotting episode by episode that led his to getting the upper hand this time.

David Crow, Den of Geek – In which he labels Lord Randyll Tarly a straight up racist.

David Malitz, The Washington Post – In which he lambasts Samwell Tarly for failing to give Ser Jorah Mormont a haircut to go with that greyscale cure.

James Hibberd, Entertainment Weekly – In which he is excited to see the first time an actor’s tweet made it into the script. (Even better – The actor tweeted again earlier today).

Jen Chaney, Vulture – In which she outlines three potential reasons Cersei could be lying to Jaime about her pregnancy.

Josh Wigler, Hollywood Reporter – In which he lays out the enormous expectations this prelude of an episode has laid out for next week’s penultimate installment, which as we all know, is traditionally the biggest episode of the season.

Kaitlin Thomas, TV Guide – In which she predicts Cersei’s pregnancy will be her downfall, explains why Gendry is the hero Westeros deserves, and questions why Bran is such a dick.

Kaitlyn Tiffany, The Verge – In which she rates the sexual tension of Daenerys and Jon at an all-time high.

Kim Renfro – Business Insider – In which she shares many smaller insights into spots that we, the viewers, may have overlooked.

Laura Hudson, WIRED – In which calls out the characters’ (or writers’) obsession with ‘dadliness,’ commenting that while women are largely the power-holders at this point in the show, the characters are a little too obsessed with the images of their fathers for their own good.

Laura Stone, Hey Don’t Judge Me – In which she very importantly references how powerful it can be when sci-fi and fantasy is relevant to the time in which its published (or even potential future generations).

Lauren Sarner, Inverse – In which she uses the power of insight to make us plebs feel stupid that we didn’t catch all those things.

Melanie McFarland, Salon – In which she reminds us that Peter Dinklage has always proven himself to be one of the strongest actors on the show…and we can’t help but collectively nod our heads in uniform agreement.

Mike Bloom, Salon – In which the leading headline of  Westeros World News (™) is ‘Stark and Stalk: Sister Suspicious as She Sneaks (Supposedly) Surreptitiously.’

Myles McNutt, The A.V. Club – In which he details the way that the piece-setting nature of the show that once befell slower episodes has changed, and now it is all in service of a shared, larger climax rather than a bunch of tinier, unjoined tidbits.

Neil Miller, Film School Rejects – In which he covers the history of Jon’s birth as we so far know it.

Nina Shen Rastogi, Vulture – In which she refers to this episode as both an angry sitcom in which all your boyfriends gather in Eastwatch Castle, and a ‘grab baggy’ telenovela in which many ‘revelation bombs’ are dropped.

Rob Bricken, io9 – In which he comes out with it and states that he is not happy about the direction the show is taking.

Sean T. Collins, Rolling Stone – In which he comments on the ’emotionally and mentally taxing episode.’

TK, Pajiba – In which he praises Iain Glen and I am forever happy because don’t mess with Iain Glen so help me gods.

Tom Huddleston, The Guardian – In which he packs three film comparisons into one sentence.

Other than mine, which you’ve already printed out and framed on your bedroom wall, whose reviews did you love/hate, with all due respect of course, and as always?