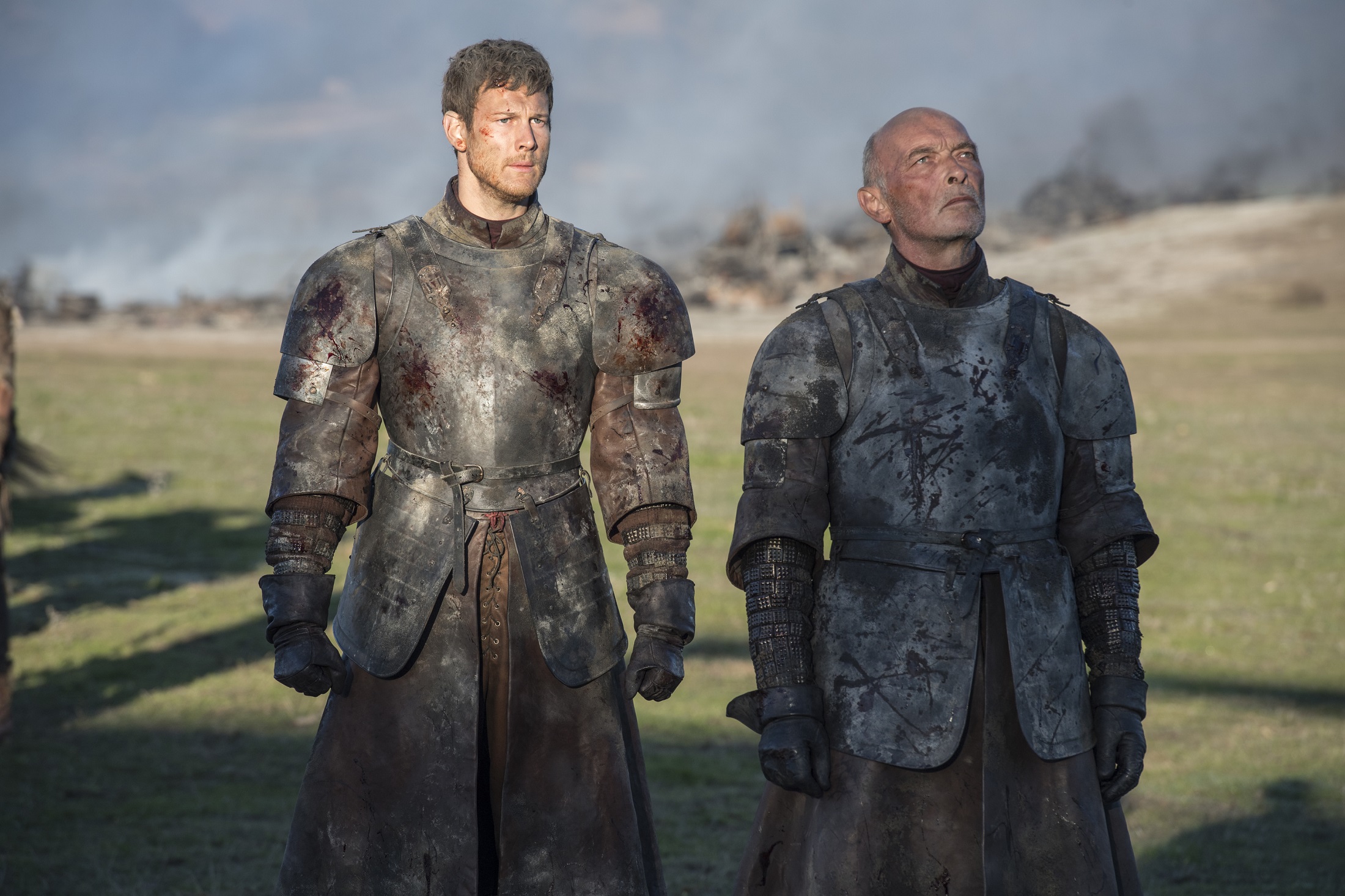 We may not have seen much of the titular location in last night’s Game of Thrones episode, “Eastwatch,” but we did see Drogon taking a shine to Jon, Littlefinger sowing more chaos, and reunions galore – not to mention the return of a fan favorite character, Gendry. Tough choices were made as Daenerys burned the Tarlys, Tyrion sought out his brother for help, Sam left the Citadel, and Jon recruited help for a dangerous excursion beyond the Wall. It’s time to swim like Bronn and Jaime through the depths of interviews and videos, so let’s dive in!

Writer Dave Hill talks to Entertainment Weekly about a few of the important moments from last night’s episode, starting with Daenerys’ decision to execute Randyll and Dickon Tarly – which Hill defends. “At least Dany offers them a choice. Every conqueror offers the choice of ‘bend the knee or die.’ These lords disobeyed her and disrespected her in rebellion against the rightful queen,” he says. “Then she gives them a way out and they don’t take it. Her deal wasn’t even ‘I’ll let you live.’ They could have kept all their titles and land. So, yes, in one way, it’s a horrible death. On the other hand, they kind of asked for it. It’s a win-win situation and they somehow managed to find the ‘lose’ in that.”

Daenerys also faces another tough choice – letting Jon go to Eastwatch. “Once they know the Army of the Dead is marching, it’s time to put up or shut up. She knows he’s honest – and is honest to a fault,” Hill explains. “They’re both, in a way, cut from the same cloth – they’re both idealists. They both care about the people they govern, which makes them unique in Westeros. And they both feel the same weight of the crown. All that that draws her to him. He’s good hearted and would want to ‘break the wheel’ with her.” Is that a new euphemism for something else Jon may like to do? Inquiring minds want to know!

Hill also comments on Gendry’s return, saying, “We’ve always expected to bring Gendry back since we saw him rowing out. We almost brought him back in season 6 and it didn’t quite work out.” He adds, “We definitely wanted him here for the big mission, we wanted Robert Baratheon’s bastard son back into the show. It made sense that Davos would want to save this boy who’s like a surrogate son.” Hopefully Davos won’t lose this one as well.

For more commentary from Hill, check out EW. 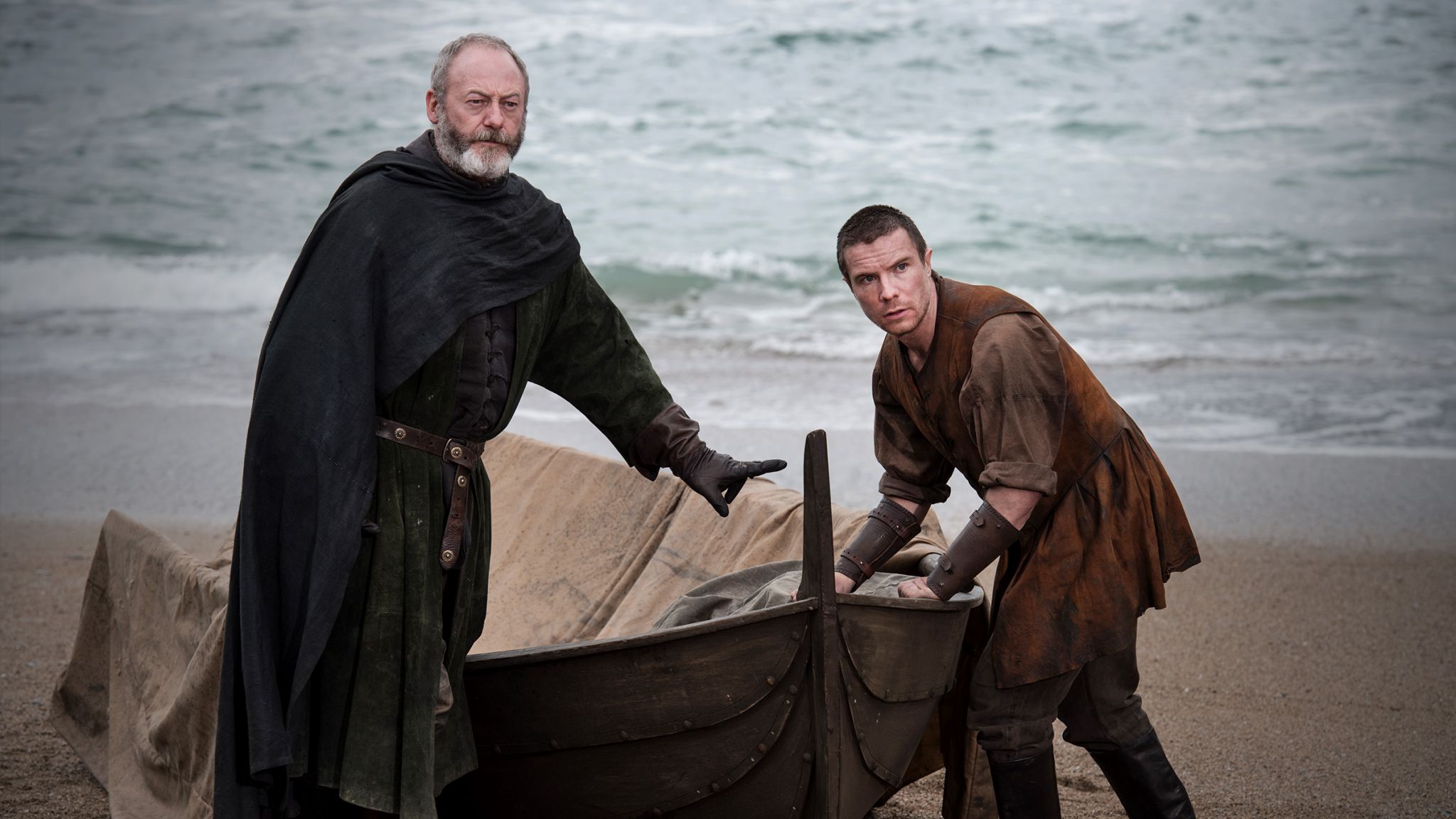 Speaking of Gendry, Joe Dempsie has interviews with several news outlets today. Over at Making Game of Thrones, Dempsie confesses that he’s known for years that Gendry would be making a comeback. “At the end of Season 3, I was told Gendry was going to disappear for a while, but be revisited at some point. They [David Benioff and D.B. Weiss] didn’t put a timeframe on it, but I think they wanted to wait until enough time had passed that people might actually have started to forget about Gendry,” he explains. Fat chance there, Joe. “So I’ve been as in the dark as anyone else about whether Gendry would be returning and when.” He adds, “My mum goes, “You should email David Benioff just to see…” I was like “Mum I don’t think an email is going to make them go, ‘Oh sh**t, Gendry.’ So. It’s great to know people outside of my mum were interested.”

Aside from seeing Gendry return, fans have also been hoping for a reunion with Arya. What does Dempsie think about that possibility? He believes that Gendry would “love to see Arya again. He senses she’s a good soul. I wouldn’t say he’s pining, because you have to toughen up and accept there are people who are going to drift in and out of your life. I’m sure he thinks of her every now and again and wonders how she’s getting on, and whether she’s crossed more names off that list.” Oh Gendry, you have no idea.

Read the full interview at Making Game of Thrones. 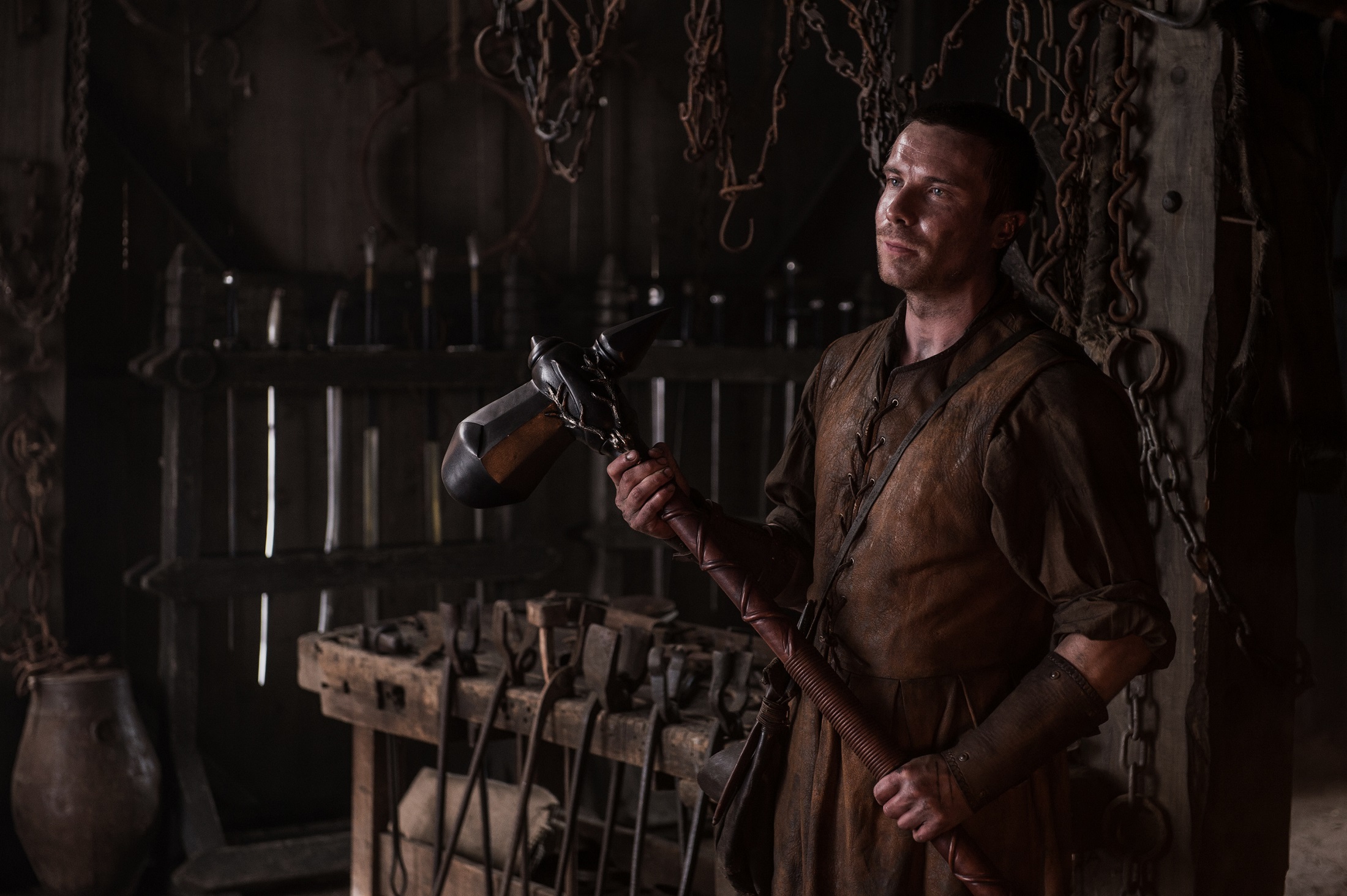 The Hollywood Reporter brings us more of Dempsie’s commentary on a Gendarya reunion. “I would love to see Gendry and Arya meet again. They seemed to get on. It was a nice banter between the two of them. It would be great to revisit that.” He admits the romance angle is a bit unnerving, however. “I know from my personal experience, when we were filming the earlier seasons and people would ask about that and talk about that, I would feel slightly uncomfortable…As a result of the difference in age, I think one of the roles Gendry played in Arya’s story was as him being an older guy who sort of awakens certain feelings in Arya for the first time as she’s becoming a young woman.”

If Dempsie knows where their story is headed, he’s not saying. “Whether that means Gendry has a place in Arya’s heart or vice versa, I have no idea. I think there’s almost a sibling element, too. At that point in the story, Gendry really reminded her of her brothers and of home. That was the comfort with him,” he explains. “But it could go a number of ways. It would just be nice if they met again, wouldn’t it?” Yes. Yes it would.

Head to THR for the rest.

Dempsie also shares his thoughts on a potential endgame for Gendry with Harper’s Bazaar. “It’s interesting to consider what the political implications of Gendry being back around are. Whether we get to explore that too much in the coming episodes, we have to wait and see, but I certainly think that what you have is the last surviving Baratheon – he’s not legitimized, but he’s the only person with Baratheon blood in him,” he says. “In terms of whether he’ll end up on Iron Throne, I’m not that positive about that. He has qualities in him that would make him a good leader, but I don’t think he’s someone that would actively seek out glory and power.” Gendry certainly doesn’t lack for rival claimants, so as of now, this seems like a long shot. But who knows? 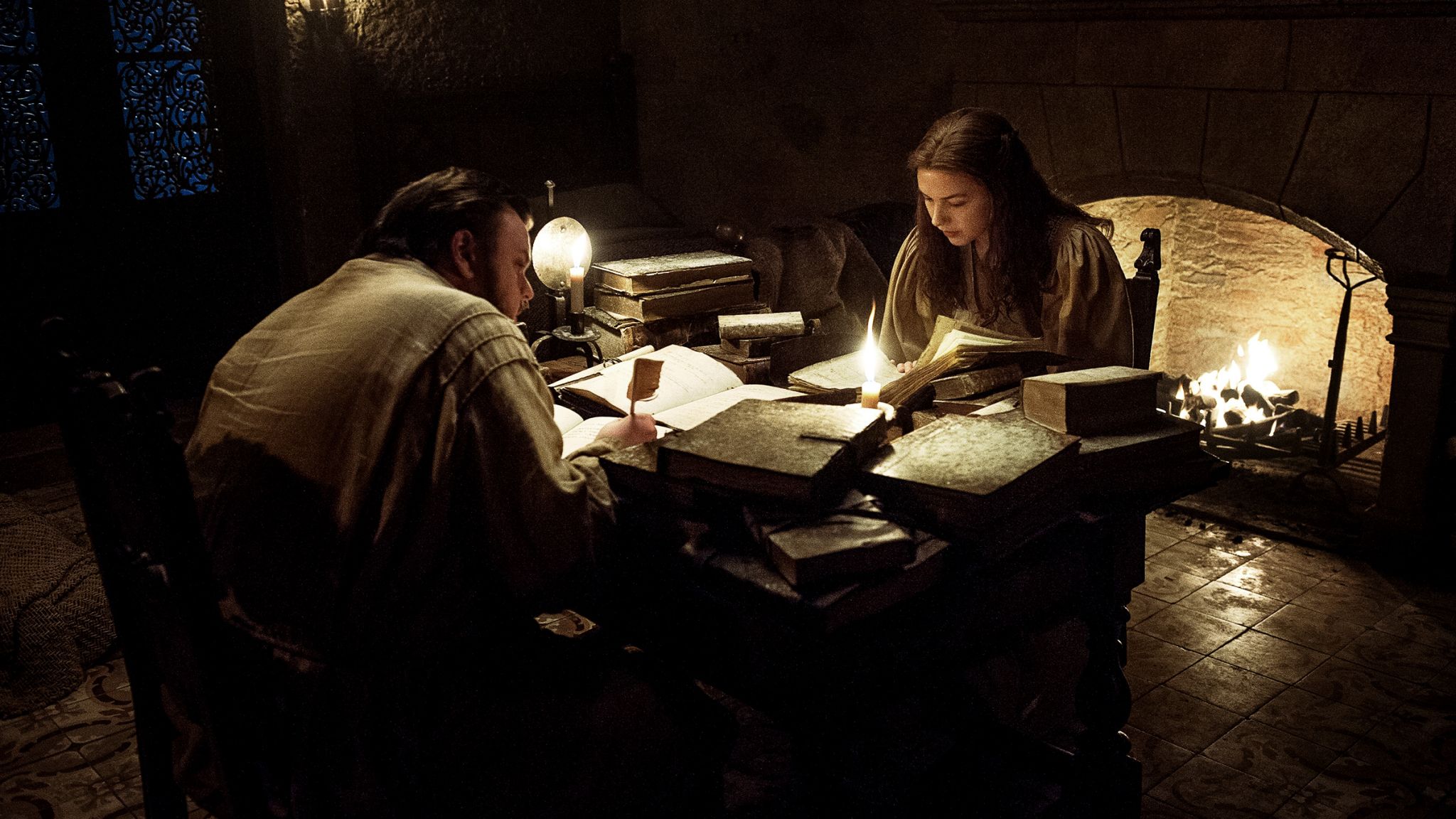 It’s not all about Gendry today; Making Game of Thrones also brings us an interview with John Bradley on Sam’s Citadel storyline. “I liked that this season he’s proactively doing things that will make a difference. It’s really the first time Sam has a role at the very heart of everything: he just wants to fight it in the only way he knows how, and use his own skills in an environment where he can bring something to the table,” he says. “He wants to let Jon know that sending him there was the right thing to do, and he’s going to reward him with results.” And possibly a claim to the Iron Throne, if Sam listens to Gilly.

Sam hasn’t had an easy time of it though. “He’s come across a group of people who are very keen on giving themselves a comfortable life and concerning themselves with trivial academia for the sake of it. Sam knows about the power of knowledge, and what a difference it can make. He thinks the maesters will share those values, but they don’t. They’re passive. And Sam doesn’t want to be that way,” Bradley admits. “His passion and interest in academia is using it as a force for good. Everything he could get out of the Citadel has become a crushing disappointment: He starts to feel he doesn’t fit in anywhere.

Bradley also shares his thoughts about Sam’s decision to leave. “He’s not being allowed to fight the battle at the Citadel. He’s not being allowed to justify Jon’s decision. He knows he’s got to get out of there and go back to Jon’s side; he’s the only one who’s going to fly the flag of knowledge in this war.” He contines, “That really is the breaking point, when Sam realizes he’s talking to a brick wall. No matter what they suggest, these people aren’t in the business of saving the world, and he is.”

Read the entire interview at Making Game of Thrones.

On “Inside the Episode,” David Benioff and D.B. Weiss give insight into Daenerys’ ultimatum to the Lannister soldiers (and no, she’s NOT mad), the tension brewing between Arya and Sansa thanks to Littlefinger, the plan to convince Cersei of the true threat to Westeros, Gendry’s return and introduction to Jon Snow, and the dynamics of the Eastwatch gang.

Peter Dinklage and Nikolaj Coster-Waldau discuss the strained relationship between the Lannister brothers and their awkward reunion.

Kit Harington, Emilia Clarke, and Iain Glen share their thoughts on that powerful Jon/Drogon moment and Jorah’s arrival at Dragonstone.