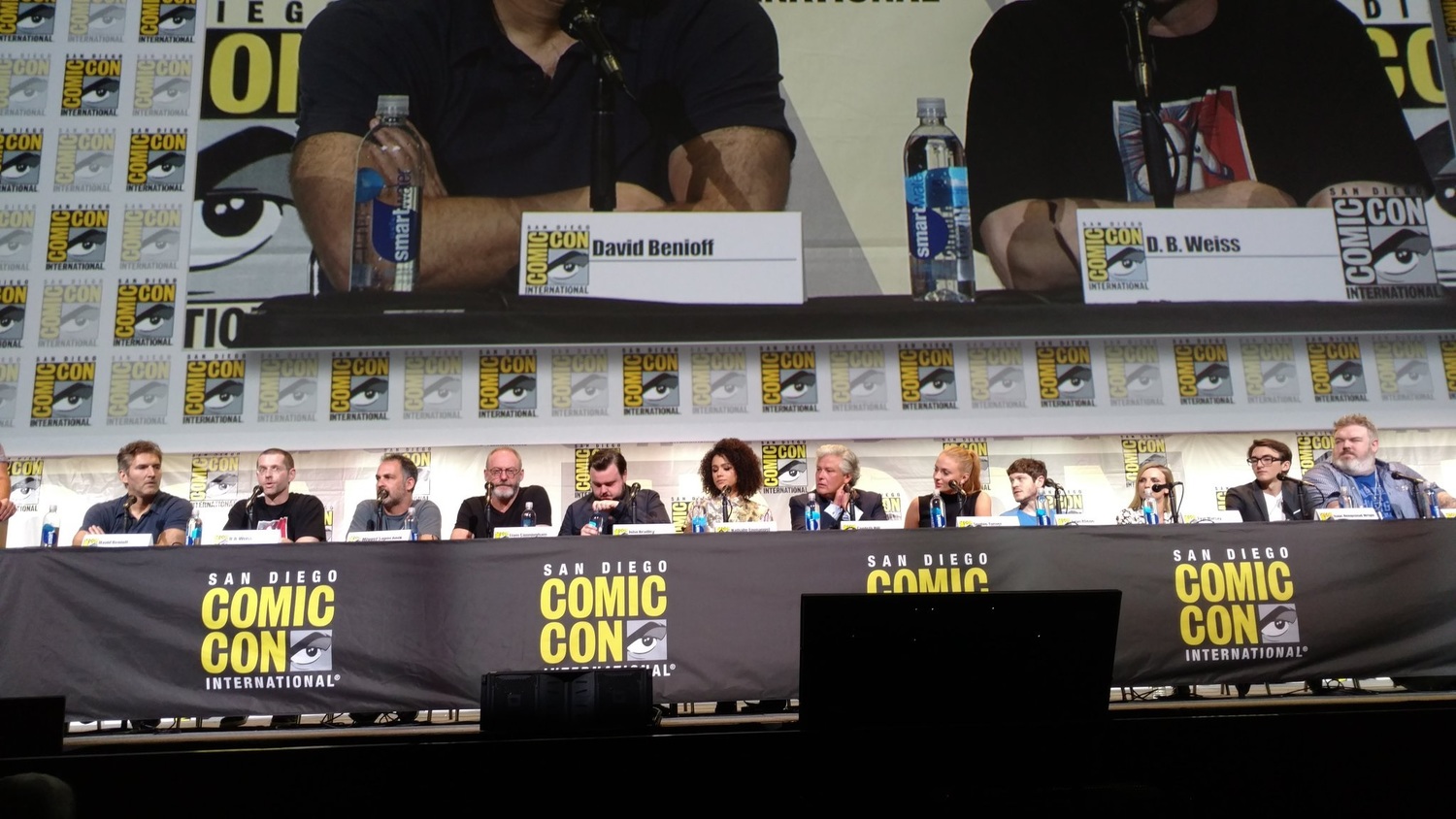 The panel was a mostly lighthearted affair, with the panelists apparently drunk on vodka, thanks to Sophie Turner’s urging, pre-panel. The cast shared their thoughts on a number of subjects such as the ever-popular endgame of Game of Thrones-type question, and fielded queries from fans in a more open Q&A.

A particular note of interest, for those keeping track of the schedule: when discussing the previously announced delay for season 7, David Benioff says, “We don’t finish shooting until February, there’s no way to finish post, there’s no way to get the show out there ’til summer.”

The panel highlights and Q&A video:

The panel finished with a new Season 7: In Production video already posted here.