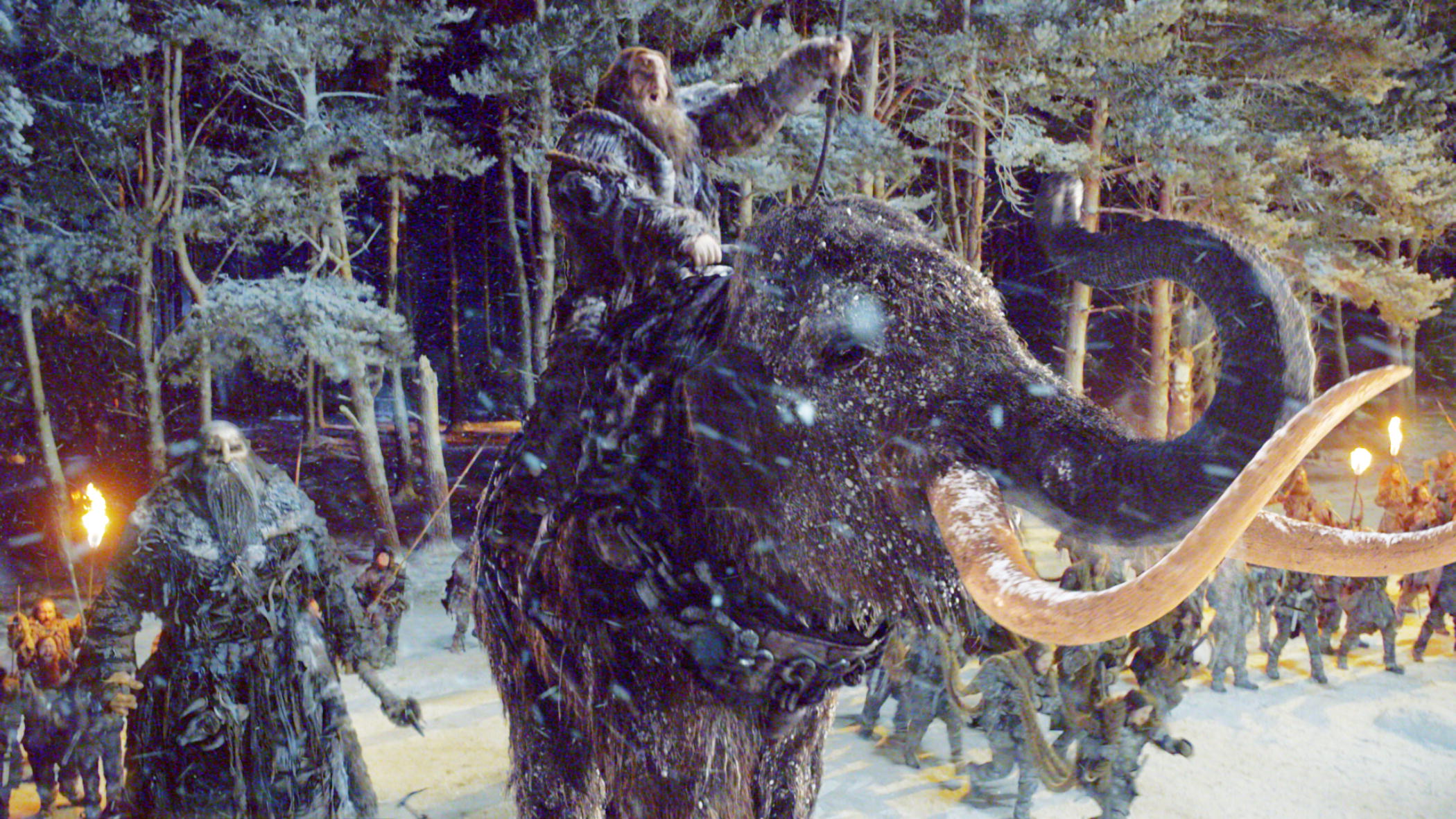 Earlier this week we reported on the ongoing for filming for the Game of Thrones prequel pilot at Northern Ireland’s Marble Arc Caves, which began this past 17th and will continue for a week and a half until June 26. That makes it not a terribly long shoot (as we speculated, the interiors of the cave may be complemented by the cave system set they’re building outside the good ol’ Game of Thrones Titanic Studios in Belfast), but we’ve already got a few photos showcasing a lot of movement around the caves.

Before we get to that, there’s this little casting call by The Extras Dept., which of course doesn’t say anything about the spin-off but could be related. And yet, to be fair, there’s a strange absence of beards for a Thrones-related show: they’re looking for “males with medium to long hair of all ages.” If you live in Northern Ireland and are interested, “any males with hair past their ears are encouraged to sign up.” As we said, we can’t confirm this is prequel-related, but it may well be. We’ll keep you updated if we learn more!

Now, the Marble Arch Caves photos, courtesy of @BloodmoonIRL, show nothing of the filming location for the so-called “Bloodmoon” spin-off, as that is underground, in a highly controlled area with no public access. Instead, what we can see, for the first time ever, are numerous Warner Bros. production trucks, signifying the organizational changes brought about by AT&T buying Time Warner; now, HBO and everything else has been consolidated under WarnerMedia Entertainment —hence the Warner Bros. trucks: 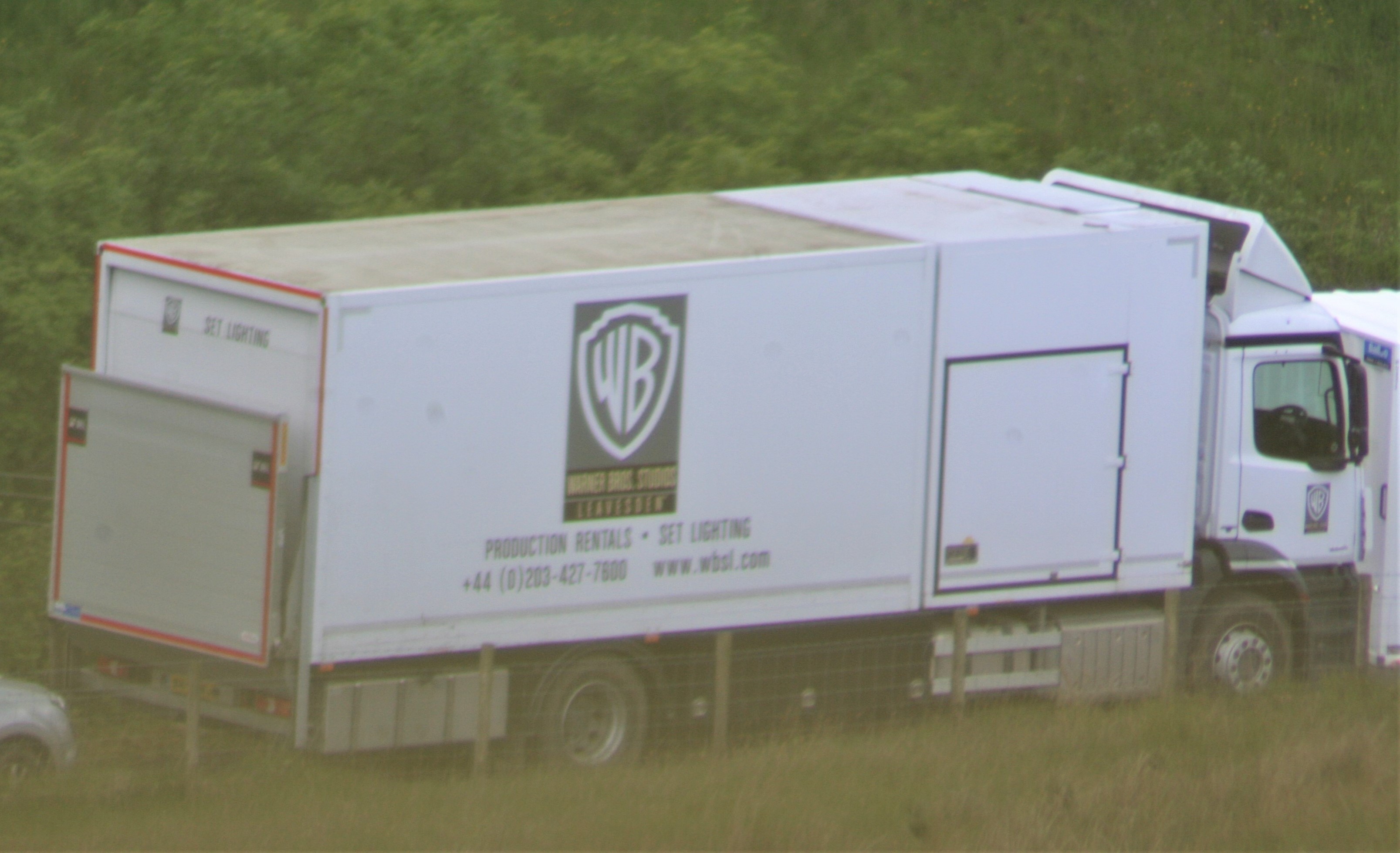 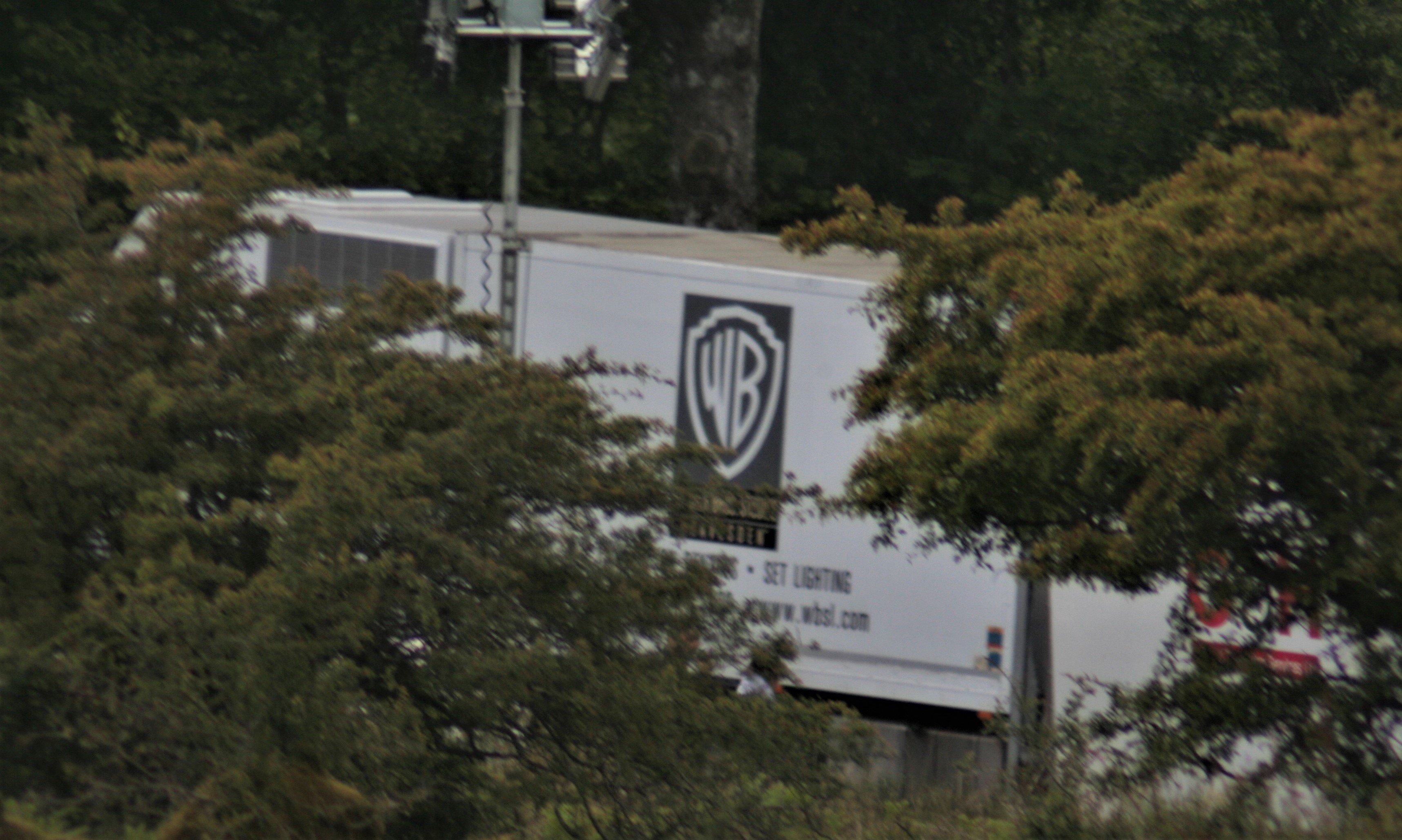 Of course, there are also the usual horde of G&H trucks and cast and crew trailers: 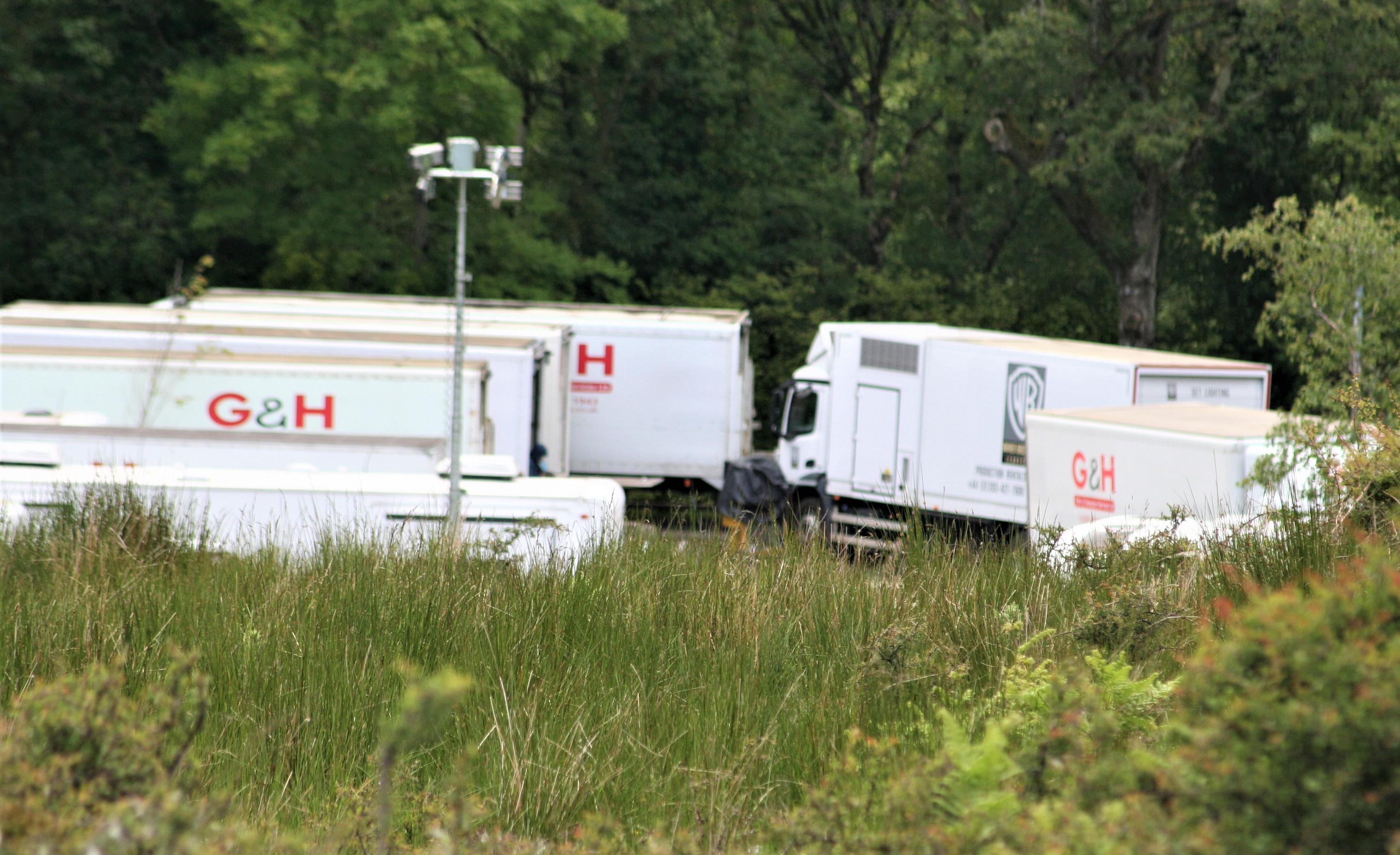 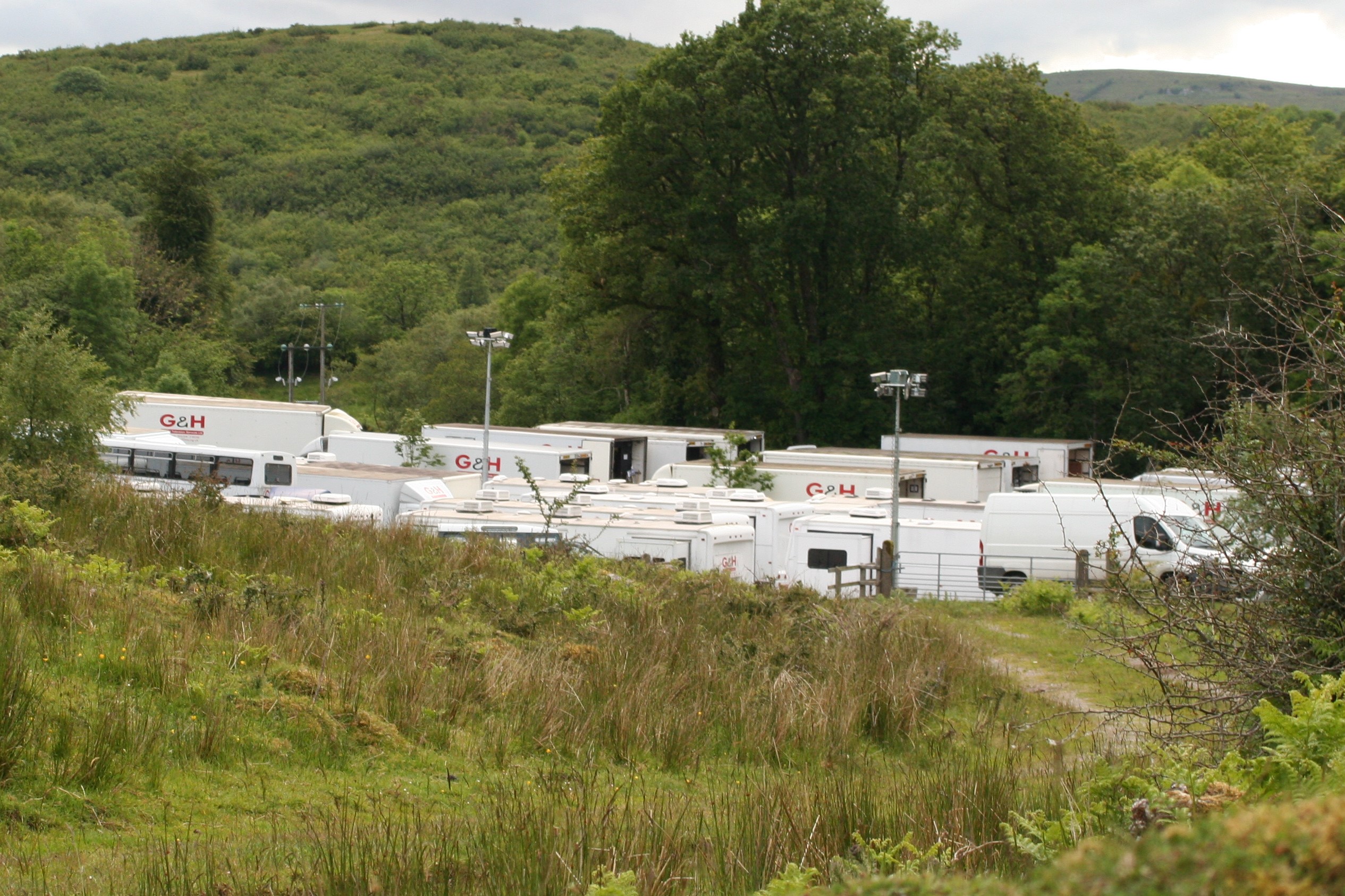 We can also see the famous pink “GOT” signs that once directed the crew to filming sites have been substituted by orange signs with a curious image on them: a mammoth. 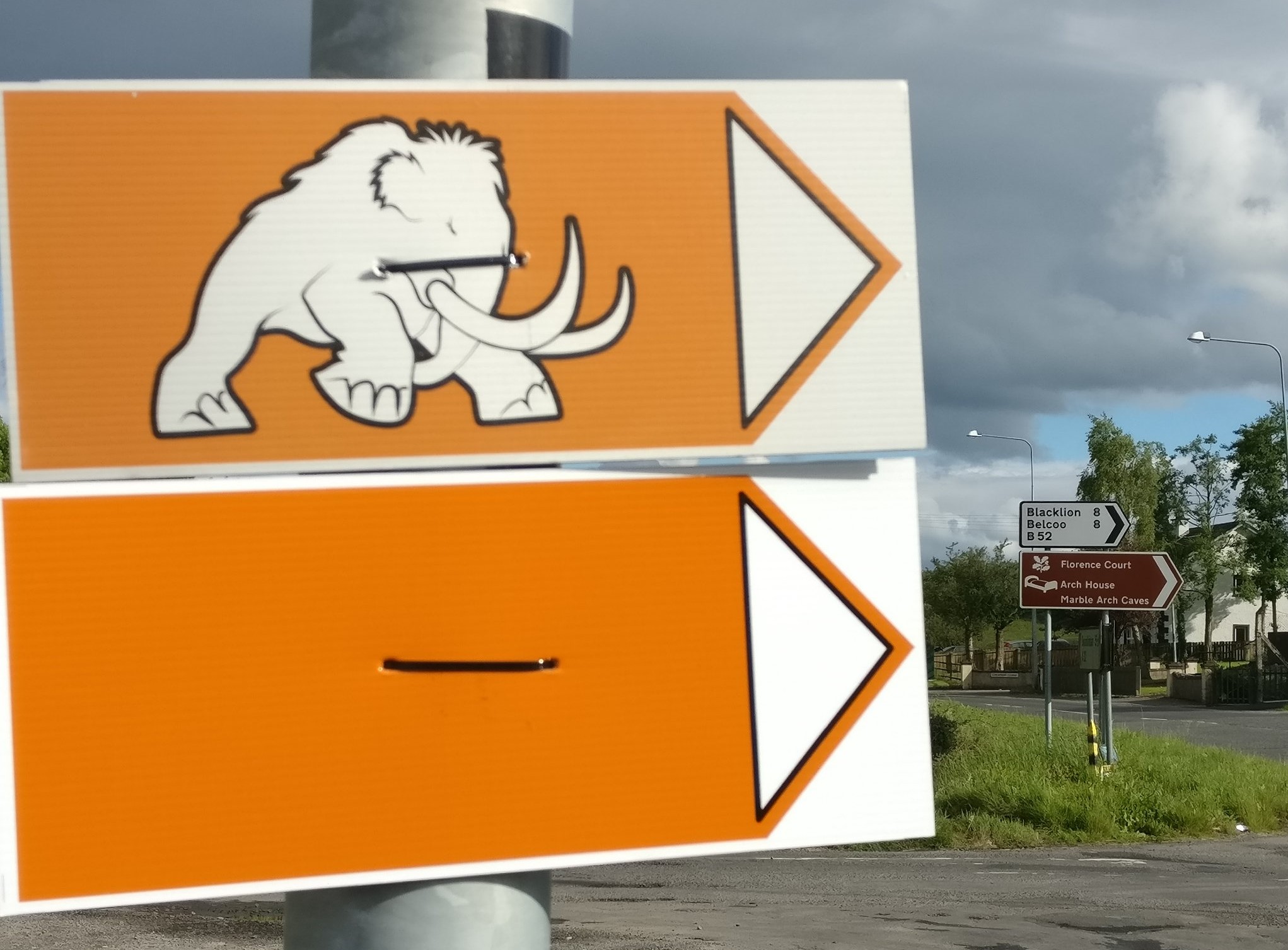 This could just be a symbolic image to indicate the time period for the prequel, which may I remind you takes places thousands of years before Game of Thrones. That is true. What is also true is that Cersei was promised elephants by the Golden Company —we were promised elephants. And yet, they did not come. Our disappointment was shown by Cersei herself: “I wanted those elephants.” Granted, we got a few actual mammoths in season four, but it’s been a long time since then. Are you ready to hopefully see many more mammoths than ever before in this much earlier era of Westeros? I know I am!

And if we don’t get them, we shall get out the big guns: Headey’s excellent face-acting!