Game of Thrones Merch Round-up: Make-up, Discounts and the Mannis! | Watchers on the Wall | A Game of Thrones Community for Breaking News, Casting, and Commentary

The GRRMBox launched last fall at New York Comic Con to celebrate the 20th anniversary of A Game of Thrones, and tomorrow will be your last chance to order it! The GRRMBox is loaded with A Song of Ice and Fire swag, detailed in the video above and at the site. As of this Friday, January 6th, orders for the GRRMBox will no longer be taken. Readers can get 15% off the box using the discount code LASTCHANCE, so visit GRRMBox.com today to view the Special and Limited Edition GRRMBox, and get your order in before it’s too late!

Storybook Cosmetics has announced via their Instagram that the company is pursuing the possibility of creating an official Game of Thrones makeup line! “Another possible collection for 2017! Here is hoping @HBO sells us the licensing!” they say in the comments of an image shared this week, displaying a mock-up of potential products:

Another possible collection for 2017! Here is hoping @HBO sells us the licensing! If only half of these deals go through we are gonna have some AMAZING collabs this year!

Storybook’s other fandom-related ventures have included a line of successful Harry Potter-inspired products. The GoT line is obviously far from confirmed, and the above image isn’t a final product line, but it’s fun news, nonetheless. If Storybook can bring the same whimsy and quality to Thrones cosmetics as they have to their Potter line, it’ll be a smash. 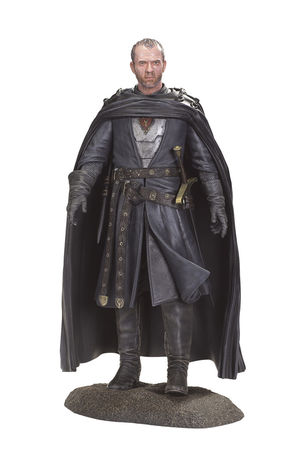 We can look forward to another long-awaited Game of Thrones figure from Dark Horse Comics soon. The company’s line of amazingly sculpted collectible figures has featured a variety of characters, from Jon Snow to Brienne of Tarth, to Arya and Littlefinger, but until now it’s been missing the One True King of Westeros. That’s right, the Mannis.

The Stannis Baratheon figure depicts the king (with actor Stephen Dillane’s likeness) in his flaming-heart breastplate, often seen as he headed into battle. The 8-inch figure, set to be released on January 25th, retails for $27.99.

Several of the aforementioned characters are actually on sale for a very low price at the moment in the HBO Store, so swing by that site to check out the discounts!