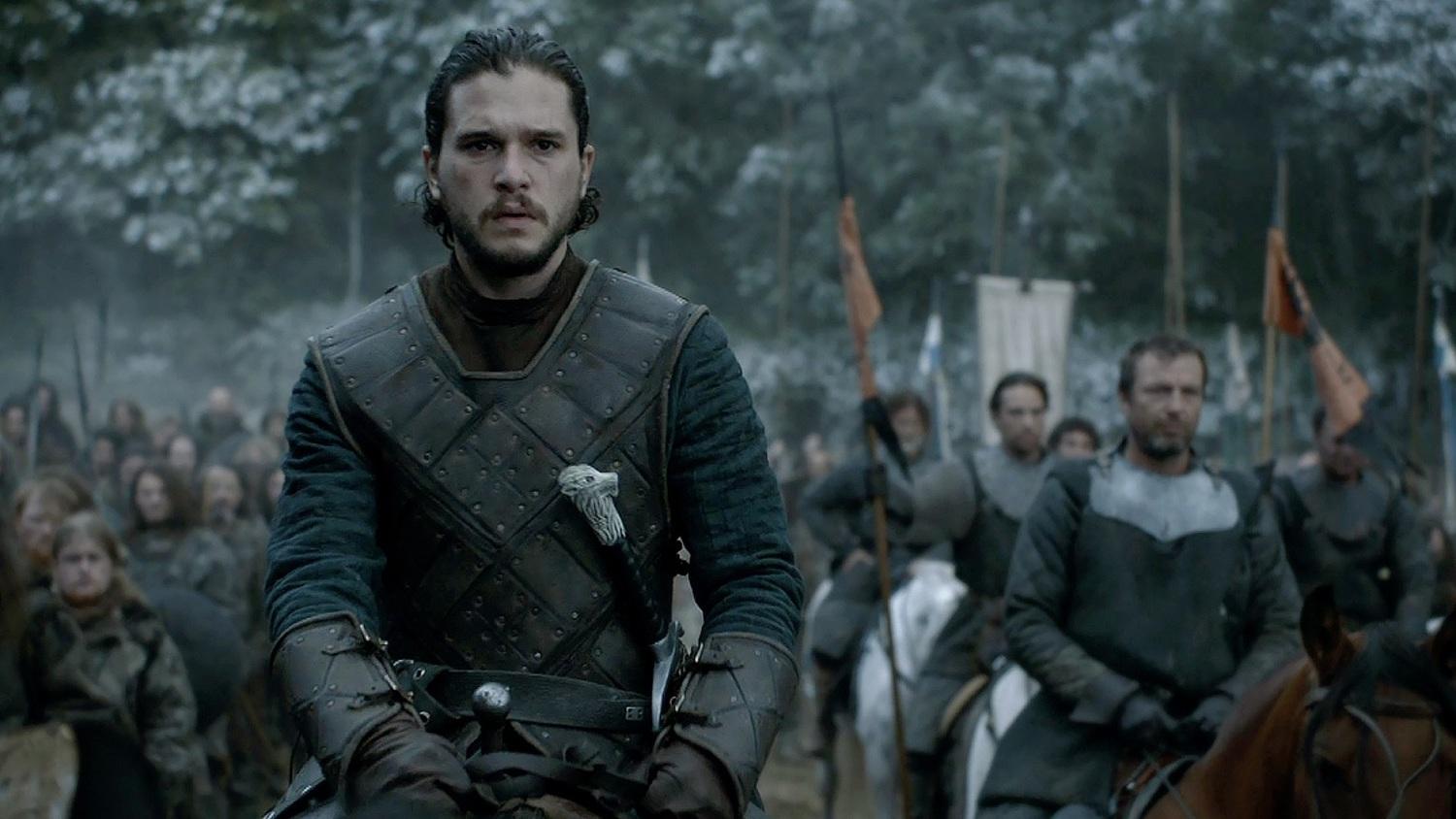 Game of Thrones did amazingly well at this morning’s Emmy announcements, snagging 23 nominations including a handful of acting nods for the cast. Today the stars, including first-time nominees Kit Harington and Maisie Williams are reacting to their Emmy nominations.

This season was a huge one for Jon Snow, who came back from the dead and lead an army in an epic battle, finishing the season off as King in the North. Harington says, “It is a serious understatement to say that I am somewhat stunned. For my work on Game of Thrones to be recognized in this way is an emotional moment for me. I could not be more humbled.”

Williams, nominated for her role as the assassin-in-training Arya, says, “I am so grateful to be a part of Game of Thrones, so to be nominated for an Emmy is beyond words, but I would like to say thank you to [author George R.R. Martin] for creating such an amazing character and to [showrunners David Benioff and Dan Weiss] and everyone associated with the show who bring Arya to life.”

Returning to the nominee game this year is Lena Headey, who reacted to her nomination by saying, “Totally overwhelmed. Thrilled for the show receiving so many nominations … Wahoo!”

Williams actually learned about her nomination on Twitter, and had a bit of a happy meltdown. Several of her co-workers joined in the Twitter celebration.

jus on ft with me mam and twitter pops up telling me i’ve been nominated for an emmy. Wtfahhahhaahhelpme

@b_cogman @IAMLenaHeadey Bryan, what the fuck is happening?! ?????? I can’t believe it

23 Emmy nominations…not so bad, eh? Very cool to be a part of this show. #GameofThrones #EmmyNominations

My big brother and my little sister did me proud today. ?? @Maisie_Williams

NOMMY EMINATIONS! Oh no wait…. I mean EMMY NOMINATIONS!!! Now THIS is what I call the definition of GIRL.POWER! So honoured to be with my QWEENS! ??? (And yes that’s me in costume standing by a teeny tiny porta potty in a field somewhere in Spain questioning if it could withstand allll.dis.dragon mamma) #ifiwasabettinggalidsayusladiesstandagoodchancewiththe3outta5…;) #gameofthroneswesalutethankpraiseyou ❤️

Update: George R.R. Martin chimed in last night on his Not A Blog:

I am thrilled and happy for all our nominees, of course… but it made me especially happy to see Kit and Maisie get some love from the Academy at last. About damn time, I say. They are several years overdue. (And I would have loved to see Sophie Turner on that list as well. I know, I know, I’m greedy).

Congrats again to the cast and crew, and enjoy the 2016 Emmys ride!