Game of Thrones season 6 filming: Ironmen ashore and a horse at the cathedral | Watchers on the Wall | A Game of Thrones Community for Breaking News, Casting, and Commentary 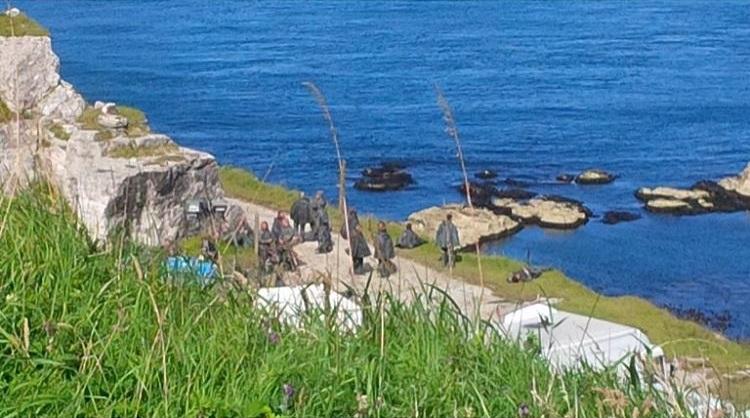 We have some fresh photos today, taken by an Instagram user of Game of Thrones filming in Ballintoy, Northern Ireland. The photos appears to be of actors costumed as Ironmen, by the Carrick-a-Rede rope bridge.

The actors/extras don’t appear to be filming at the time of the photo, given where they are standing, and how.

Our sources yesterday confirmed for us that a major Iron Islands scene was shot there in Ballintoy, with new season six actor Pilou Asbæk as Euron Greyjoy. Filming is expected to continue around Ballintoy Harbour for the rest of the week. 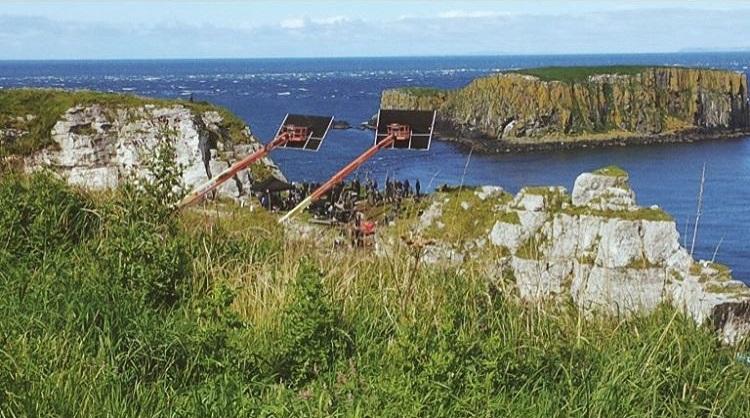 Jumping back over to Spain, where Girona is ready to begin filming, we have a fresh update on what’s going to happen there. Maisie Williams is reportedly in town, but we have more indicators that the city will serve as King’s Landing as well with a new photo (shown below).

DiariDeGirona reports that a scene is planned for filming that involves a horse walking up and down the steps of Girona Cathedral. Preparations have been made for the scene to be safely done. Shooting around the Cathedral is expected from September 11th to the 16th.

Other preparations are being made in the city including costume fittings for extras. Trailers and trucks have filled an area set side in Devesa Park. DiariDeGirona also mentions that at Palau Firal, the fittings continue with local extras being dressed as characters such as “monks, indigents, merchants, prostitutes and House Tyrell soldiers.”

The set preparations continue, of course. This piece turned up on Twitter, labeled “King’s Landing Gates” and “Girona.”

The stairs in Girona- photos from DiariDeGirona: 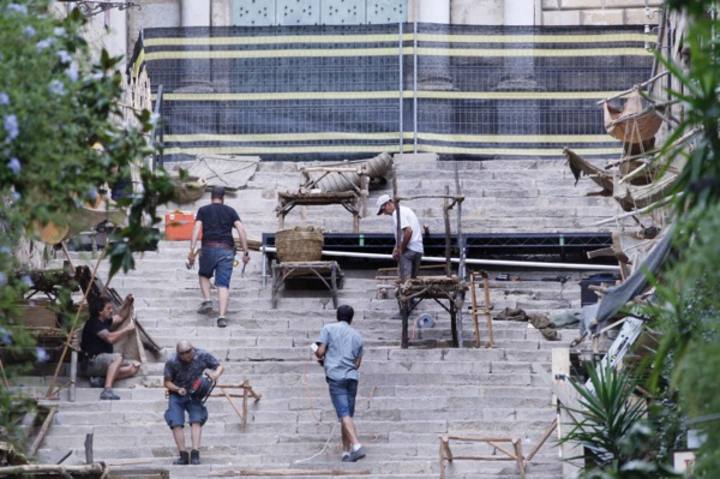 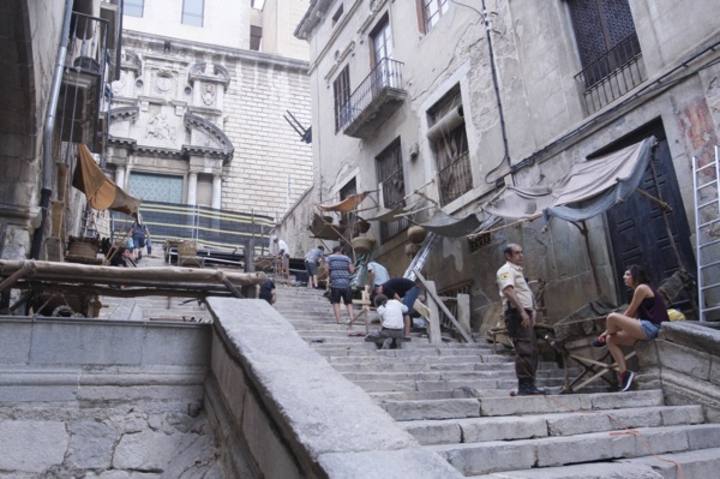 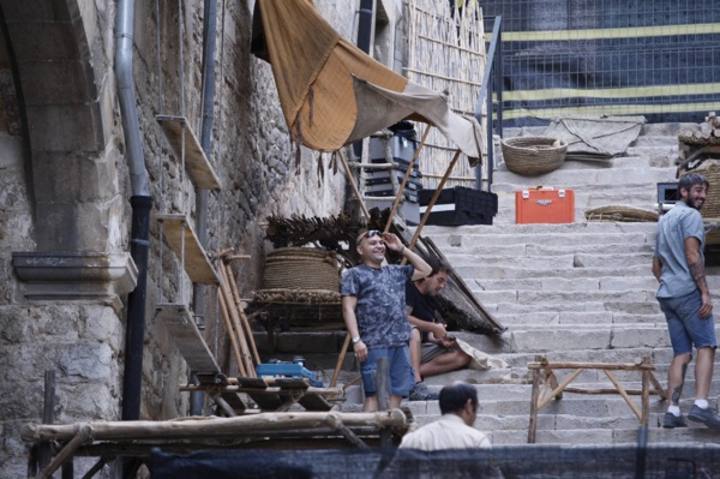 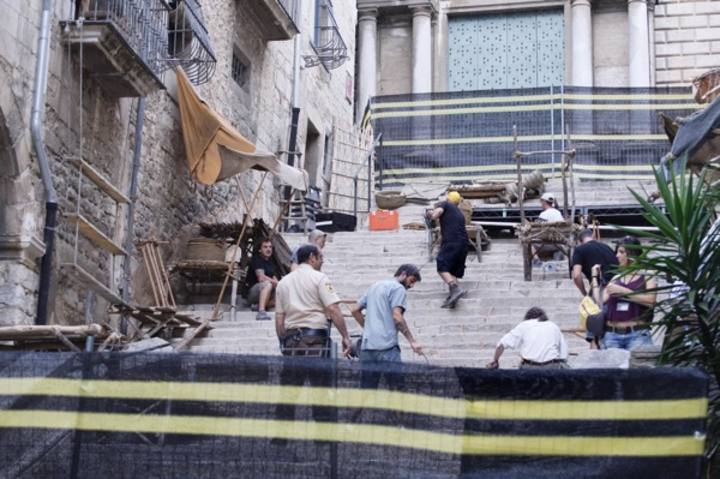 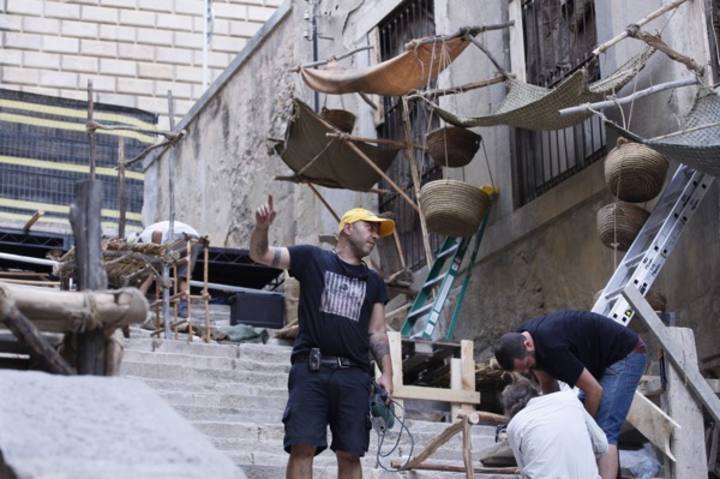 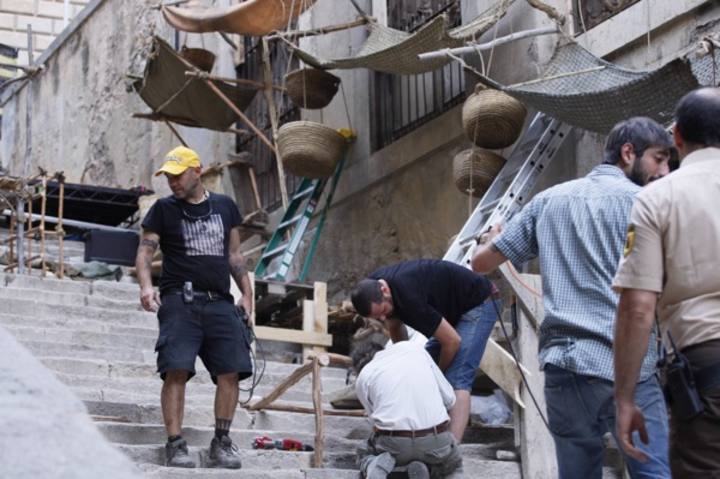 Visit DiariDeGirona for the complete gallery of photos!