Game of Thrones Highlights: GoT wins at the EWWYs, a new look inside special effects, and more | Watchers on the Wall | A Game of Thrones Community for Breaking News, Casting, and Commentary

Here are some of the week’s highlights in GoT news and sightings!

Entertainment Weekly has their own awards ceremony, honoring those overlooked by the Emmys every year, called the EWWY Awards. This year, Game of Thrones took home two prizes.

Maisie Williams won Best Supporting Actress, pulling in just over 24% of the total vote, while Pedro Pascal dominated the Best Guest Actor in a Drama category, with 35.16% of the vote. He accepted his award in a phone chat, talking about meeting fans, filming his final duel, and his next project, Narco.

A new video of Game of Thrones special effects has turned up, featuring some of Season 4’s digital matte painting, as part of the creation of several episodes including “Breaker of Chains” and “The Watchers on the Wall”.

The video can’t be embedded, so visit Vimeo to watch it!

And here’s a sample of the work, showing a mammoth in progress. 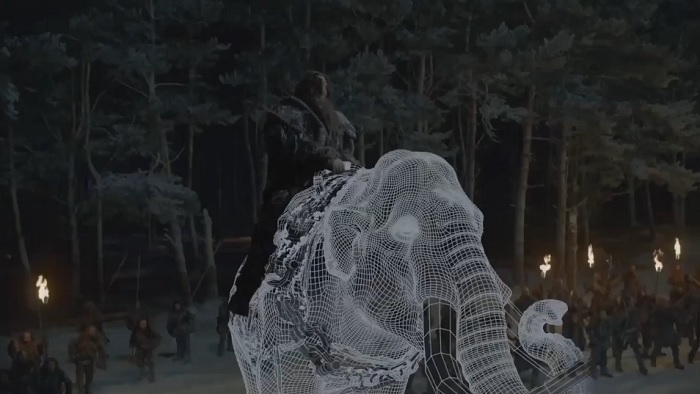 Here’s a new image giving us a clearer look at Kaštel Gomilica set.

A sighting of some cast members dining in Belfast earlier this week confirms that Stephen Dillane is busy filming. Joining him were Kit Harington, John Bradley and Owen Teale.

After a busy Friday night, there is always time for a #GameOfThrones picture!! #GoT #Belfast pic.twitter.com/OMgTgpp1Ht

Finally, George R.R. Martin sat down with Robin Hobb in London’s Freemason’s Hall yesterday to discuss all things writing. Here are some highlights and quotes: