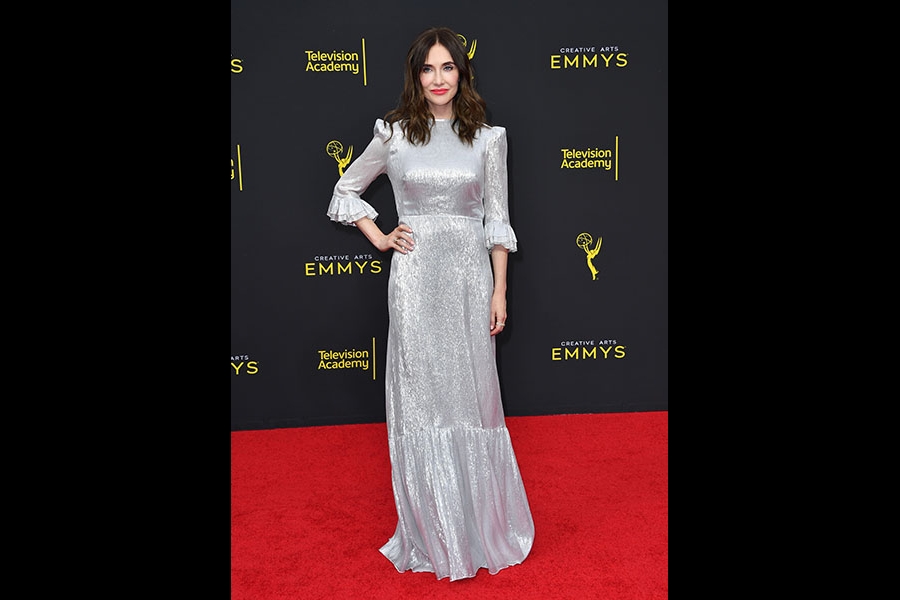 Don’t worry, you didn’t miss the Emmys on TV tonight if you weren’t paying attention! The Emmy Awards is such a lengthy process that it’s become a three-day affair, with the creative and technical awards spanning two days, announced at separate ceremonies a week before the big live on-air ceremony where we’ll see categories such as Best Actor and Actress in a Drama named. The Creative Arts Emmys took place this weekend, and since Game of Thrones landed a record-breaking 32 nominations for the final season, the show has already bagged an amazing TEN Emmys before the live ceremony has even begun.

Carice van Houten was in attendance, as a nominee in one of the categories announced at tonight’s ceremony; both she and Alfie Allen served as presenters as well.

The actress unfortunately lost in the category of Outstanding Guest Actress in a Drama Series. The nominees included:

Carice Van Houten, Game of Thrones
Jessica Lange, American Horror Story: Apocalypse
Cicely Tyson, How to Get Away with Murder
Laverne Cox, Orange is the New Black
Cherry Jones, The Handmaid’s Tale –  winner
Phyilica Rashad, This Is Us

Game of Thrones racked up a staggering number of wins in the categories of:

Outstanding Music Composition for a Series (Original Dramatic Score): Game of Thrones, “The Long Night,” Ramin Djawadi. The composer was unable to attend to accept his award, unfortunately.

Crispin Green, Editor (for “Winterfell”) and Katie Weiland, ACE, Editor (for “The Iron Throne”) were also nominated but of course, only one GoT episode could win!

Game of Thrones had its share of losses this evening as well. The categories that it went home empty-handed in included:

Outstanding Creative Achievement In Interactive Media Within A Scripted Program: Game Of Thrones, “Fight For The Living: Beyond The Wall Virtual Reality Experience”, HBO and AT&T. Unsurprisingly this one went to Black Mirror: “Bandersnatch“, an interactive episode that was the talk of the internet.

Game of Thrones will be competing for more awards next Sunday on the live on-air ceremony in the categories of  Outstanding Drama, Directing, Writing and many actors will be represented in the acting categories of Outstanding Actor, Actress, Supporting Actor and Supporting Actress in a Drama Series. The cast is expected to present as well so don’t miss it! Tune in next Sunday, September 22, at 8PM ET on FOX, to watch!