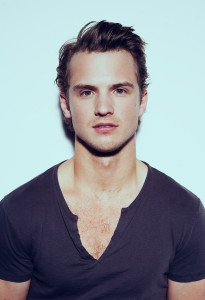 Entertainment Weekly has a big casting scoop for us today! EW reports that Freddie Stroma has joined the cast of Game of Thrones as Dickon Tarly, the younger brother of Samwell Tarly.

Recently, Stroma has starred in the television series UnREAL, but may be best known to worldwide audiences as the obnoxious Cormac McLaggen in the Harry Potter film series. Stroma also appeared in Pitch Perfect as Luke, showing off his accent and his abs.

Back in May, we received the casting list for season 6 which indicated we’d be seeing Dickon next season. It described him as “athletic, a good hunter,” and “not particularly bright.” Dickon is, as he was in the ASOIAF novels, the favored child of Samwell’s stern father Randyll.

Well, readers, what do you think of this casting? I think he’s a great choice, based on the roles I’ve seen him in!