First Look at Arya's Season Five Costume Change | Watchers on the Wall | A Game of Thrones Community for Breaking News, Casting, and Commentary 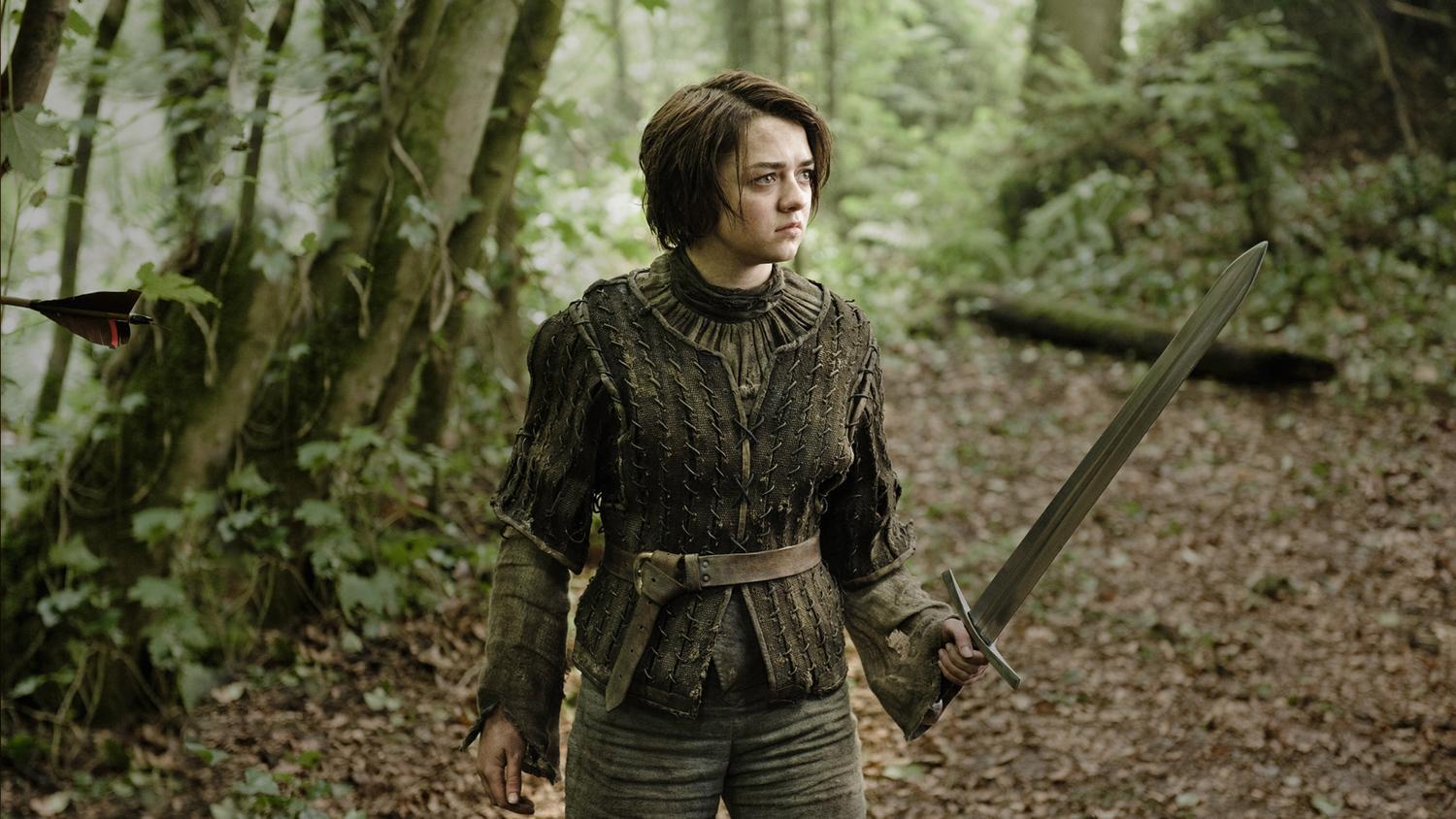 Game of Thrones has some of the best costume work on television right now. Between the exotic silks Daenerys wears in Meereen to Margaery’s courtly clothes to Sansa Stark’s new raven-inspired frock, the fashion scene in Westeros has never been hotter.

However, one character in particular has missed out on the fashion train. For the last three seasons, Arya has lived the rough and tumble life of a war-orphan, and in between bouncing from the Night’s Watch’s scouting company to the Tywin Lannister’s cupbearer to the Hound’s hostage/BFF, there hasn’t been a whole lot of opportunity for some new duds. But all that is about to change…

Arya’s new look after the jump.

We’ve had some preliminary peeks at what Arya will look like when she hits the streets of Braavos next season- see our set photo post from Sibenik– but it’s hard to see any of the details of Maisie’s new look.

Thankfully, EW got an exclusive look at the concept art behind Arya’s first costume change in years: 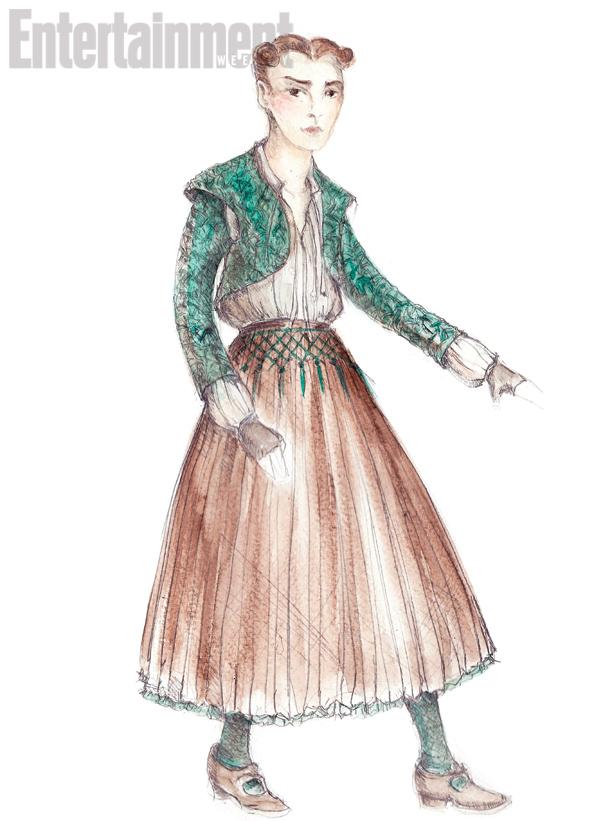 They also had the chance to sit down with Maisie and get her reaction to Arya’s return to more feminine dress:

“I had my hair braided up to these big buns and bits of jewelry and a jumper thing with a long skirt, and I came onto the set and nobody recognized me,” she says. Getting rid of the clothing that Arya has worn through so much family tragedy over the years will even be a plot point in the show. “That was such a release — it was like no acting required,” she says of the scene. “This feels totally like a next chapter.”

Surely, her clothing won’t be the only big change for Arya next season, but it is definitely one of the more visible shifts that our direwolf pup is growing up- and growing up fast.