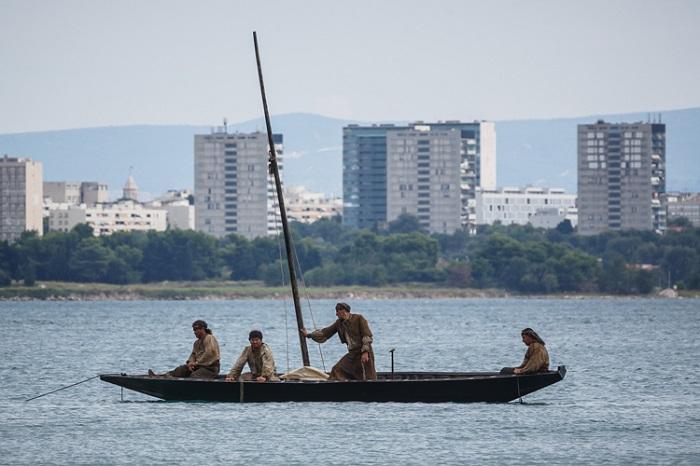 Despite yesterday’s storm damage, filming at Kaštel Gomilica for Game of Thrones season 5 rolled on today. Crew members and a number of extras in costume were spotted and photographed on set. The images are provided by Jutarniji list.

Unmarked season 5 spoilers and more pics below the cut. 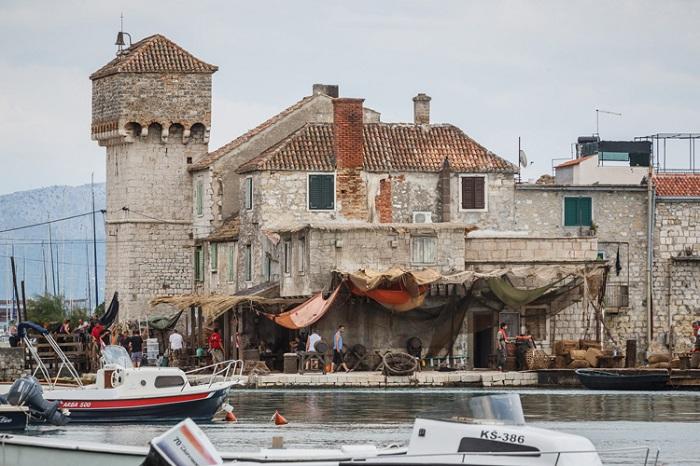 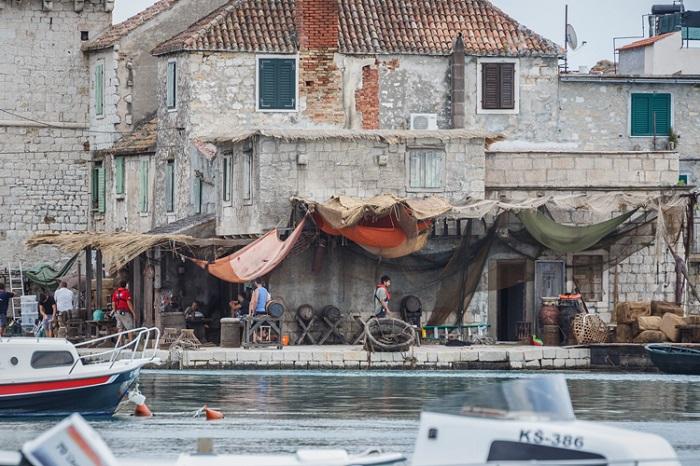 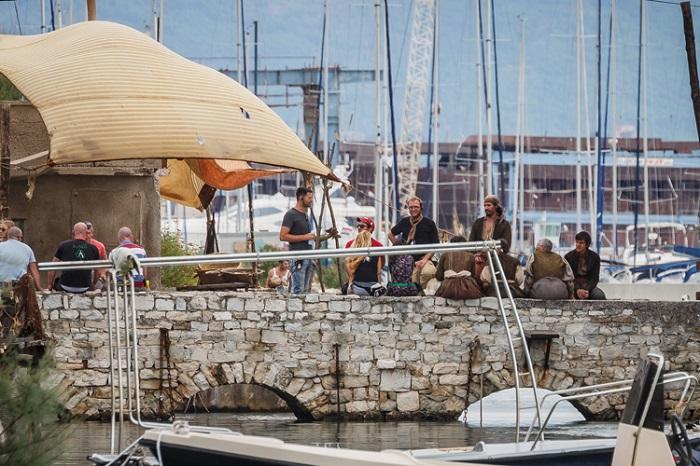 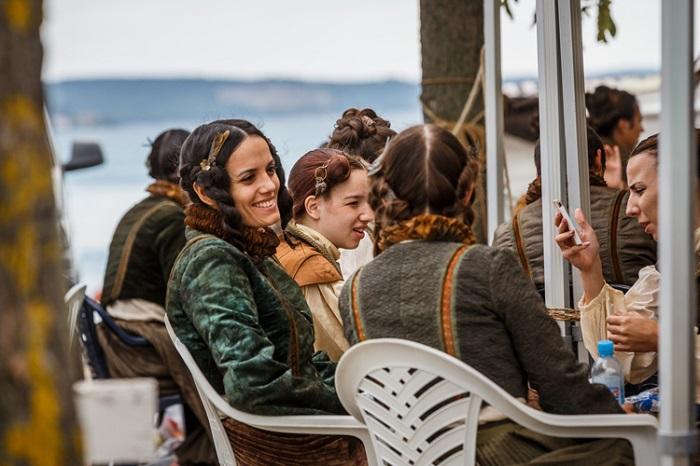 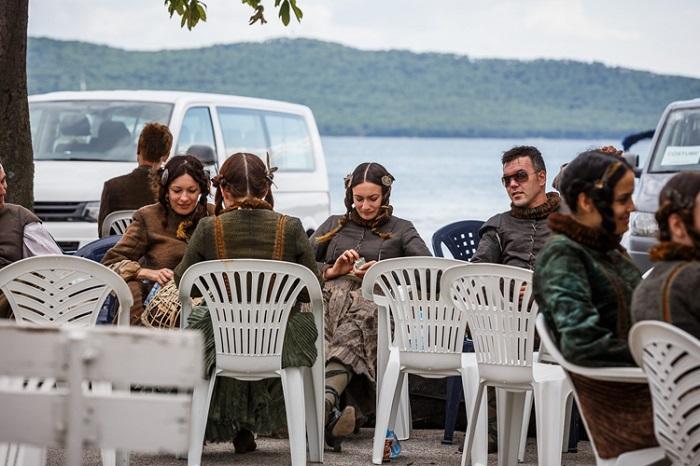 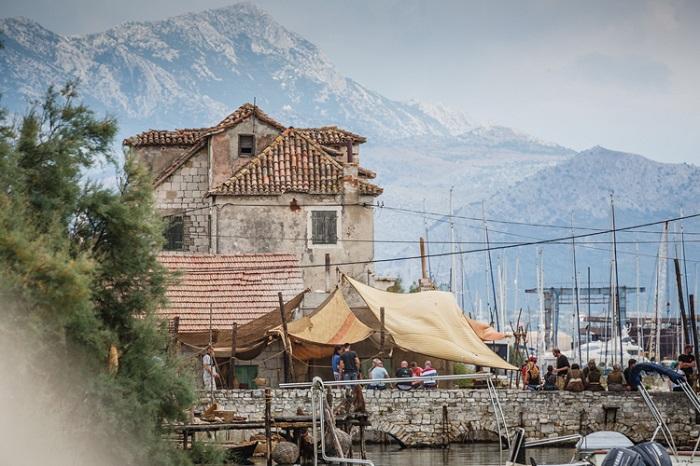 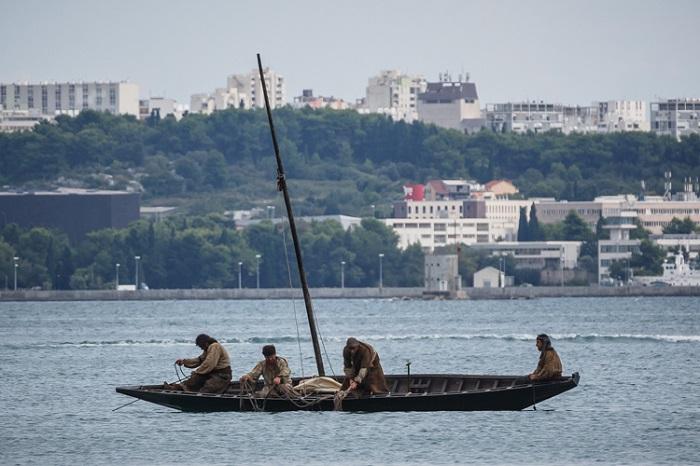 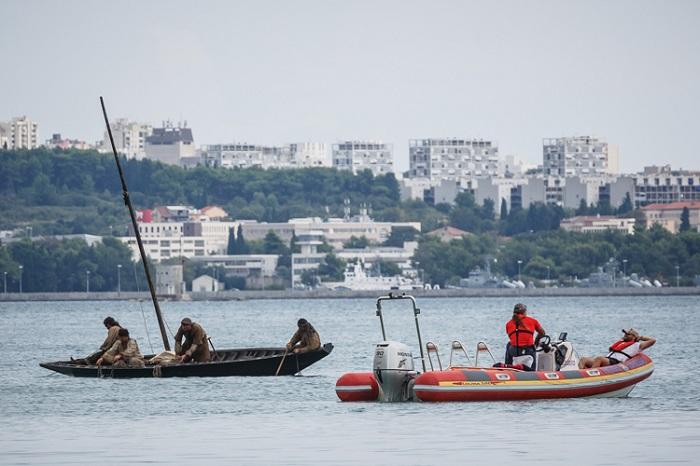 We already knew that the cathedral in question and the immediate surrounding area were off-limits for filming, but we now have some clarity on the situation. Dubrovnik News reports that after the Croatian Film Commission put pressure on Dubrovnik City Council, it was agreed that the scene could be filmed in the city on the condition that shooting took place at a minimum of 100 meters from the cathedral. This still allows for the cathedral to be seen in the background of some shots, if necessary.

In addition, a set (at an as-yet undisclosed location) will be constructed to substitute for the entrance to the cathedral. We recently reported on the rumors that elements of the Walk could be filmed on Lokrum island. It may be that this is where the set in question is being/will be constructed.

According to our sources, a casting call has recently gone out to female actresses and models. The candidate must be comfortable with the following:

It should be noted that this body double will not be used for the entirety of the walk.

Finally, our sources also tell us that costume fittings for extras have begun in Dubrovnik. The costumes in question are funereal in nature. There is no confirmation as yet, but it would appear that they will be used for Tywin’s funeral scene.

Cian: This is a lot to take in at once. The main thing to remember when discussing Lena’s double is that she will not be replacing Lena in the filming of the scene, but instead merely doing the usual substituting work that body doubles tend to do.