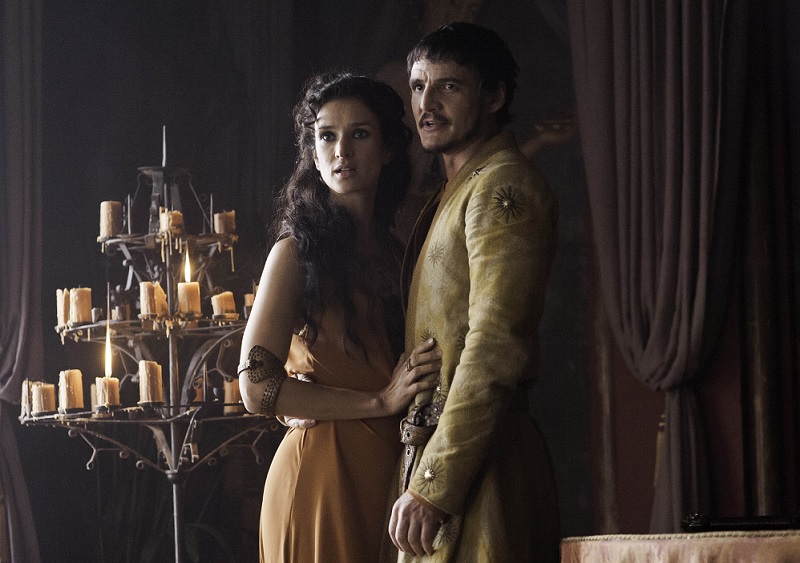 My journey with Game of Thrones began underneath a quiet tree at night, at the edge of the campus green. It was not as a grand of a tree as the Weirwood in the Winterfell courtyard, but it was quiet and pleasant. It was an odd moniker of a tree, a symbol between the wide open grass and the parking lot right next to it. It was the smokers’ tree, hovering above a bench perched precariously on the dirt ground. I didn’t smoke, but it was a place to be. I wanted to belong, perhaps.

On a quiet night, a couple of friends mentioned that they were going to go watch Game of Thrones. The title perked my ears, for it sounded like something I would enjoy just based on those words alone. My friends joked that it was a show full of people having sex and killing each other for power, and therefore I would enjoy it. I raised my eyebrows jokingly, walking into the second episode of the series with that description as my only context. I instantly fell in love with Arya. I wanted Sansa to stab Joffrey. I screamed internally as Lady was executed for the sake of the hideous Lannisters. I was in, hook, line, and sinker.

I binged the first season when it came out as a set and then I simply needed to know what happened next. Season two was not there yet, but the books were. I delved into A Song of Ice and Fire with relish, finding my takes on characters and their journeys divided between the two mediums. I preferred show Cersei to book Cersei but I found something deeper in book Tyrion than the show’s version, who was excellent in his own right. I threw A Storm of Swords across the room when Arya reached the Red Wedding. I got to the end of A Dance of Dragons and rolled my eyes audibly.

Sometimes I think about how much my life has changed since that moment in the auditorium. I was barely an adult then, having just turned eighteen. I was in my first year in college, far away from my family and basically unsure of pretty much anything. I graduated, went back to school because I wasn’t sure what to do, and then become an adult with a minutely paying job and an apartment. I am now a little bit more of an adult (not quite sure how much) and in law school. I gained several dear friends, lost some, and learned how to forge a more independent relationship with my family (still working on that one). I became a better writer. I really got into baking.

The most significant thing that happened to me during this Thrones era was my acceptance of my sexuality. It first hit me over the head when I was in fourth grade (his name was Gregory). It continued to hit me over the head and in my chest and in other parts until I was about twenty-three. I simply had to tell someone for otherwise it was going to burst out of my chest like wildfire. I texted a friend (whom I brought into the Thrones fandom, btw) and he responded with a “Oh, yeah, I thought so.” It perhaps felt a bit anti-climactic but it was affirming. People assumed and not everyone who did treated me with scorn and distaste.

The more I grew into the world, the more open I started to become about being gay. There was something about the necessity of it that is ever-present, never contained, eager to leap out of the closet. My interactions with the Thrones fandom increased substantially during this period. I talked to more and more fans as just a gay person. With every interaction where we simply talked, tweeted, or theorized at lengths in with the cast and crew of Watchers, it helped me become more comfortable in my own skin. It’s one thing to theoretically know that people can know a defining characteristic about you but not define you to by it. It’s another to find a community where you are able to experience exactly that.

And did I mention Oberyn? My beautiful pansexual hero, so crisply written on the page and brought to great life by Pedro Pascal. He was the absolute antithesis of everything I was taught someone like me was simply not allowed to be. He was brown and a hero. A warrior. Fiercely loyal. He was confident and even though his hubris caused his death, hubris was something queer characters of color are almost never allowed. He was open in his sexuality. The perils to that in the real world are obvious. He was in love, committed, but also open about wanting to be with others. For a world that deems such open sexuality with disparagement, Oberyn and Ellaria’s fierce ability to be in love and lust was important. To say that I was sad to see him die would be an understatement.

Game of Thrones and A Song of Ice and Fire had an intense impact on me as a writer. When the show first premiered, I was an eager writer but without a sense of voice. A part of that was not knowing who I was, so the writing often felt voiceless, listless. The words would appear on the page, on the screen, but they often seemed to be without a purpose. There were gorgeous scenes, scenes that I could see in my mind as painted across a vast canvas. But they seemed to lack a depth. How did characters grow? How did they learn and adapt while remaining true to themselves? What was poetic justice? What did it mean to love something but recognize when it is problematic? How do you retain on your focus on the stories that needed to be told?

I searched for the answers to those questions in both Game of Thrones and A Song of Ice and Fire and I became a richer writer for it. It didn’t really matter whether or not the answers were what I was looking for. The process was valuable and rewarding in and of itself. The process of analyzing, world-building, and character enrichment were what I was hopefully able to bring to my own writing. When I joined Watchers on the Wall as a features writer, I was thrilled that I would be able to dig deeper into the multiple layers of writing in the series, both on a plot and a character level. I gained a better sense of what it meant to be a writer creating a world, a reader looking into one, and the necessity of balancing both as I wrote my own novels into being.

The show is coming to an end. The books are still coming. And there will be more characters to know and fall in love with in spite of ourselves in the spinoffs to come. I hope to continue being on that journey with you and perhaps we can stop at the Inn at the Crossroads for a pint of ale and a lemoncake. Or two.

You can follow Akash Singh on Twitter at @AkashSmarts and starting May 15th, you can find his writings on akashjsaran.com.

Akash of the Andals, Fandom Road