After the Emmys: addressing Game of Thrones prequel rumors and the HBO party! | Watchers on the Wall | A Game of Thrones Community for Breaking News, Casting, and Commentary 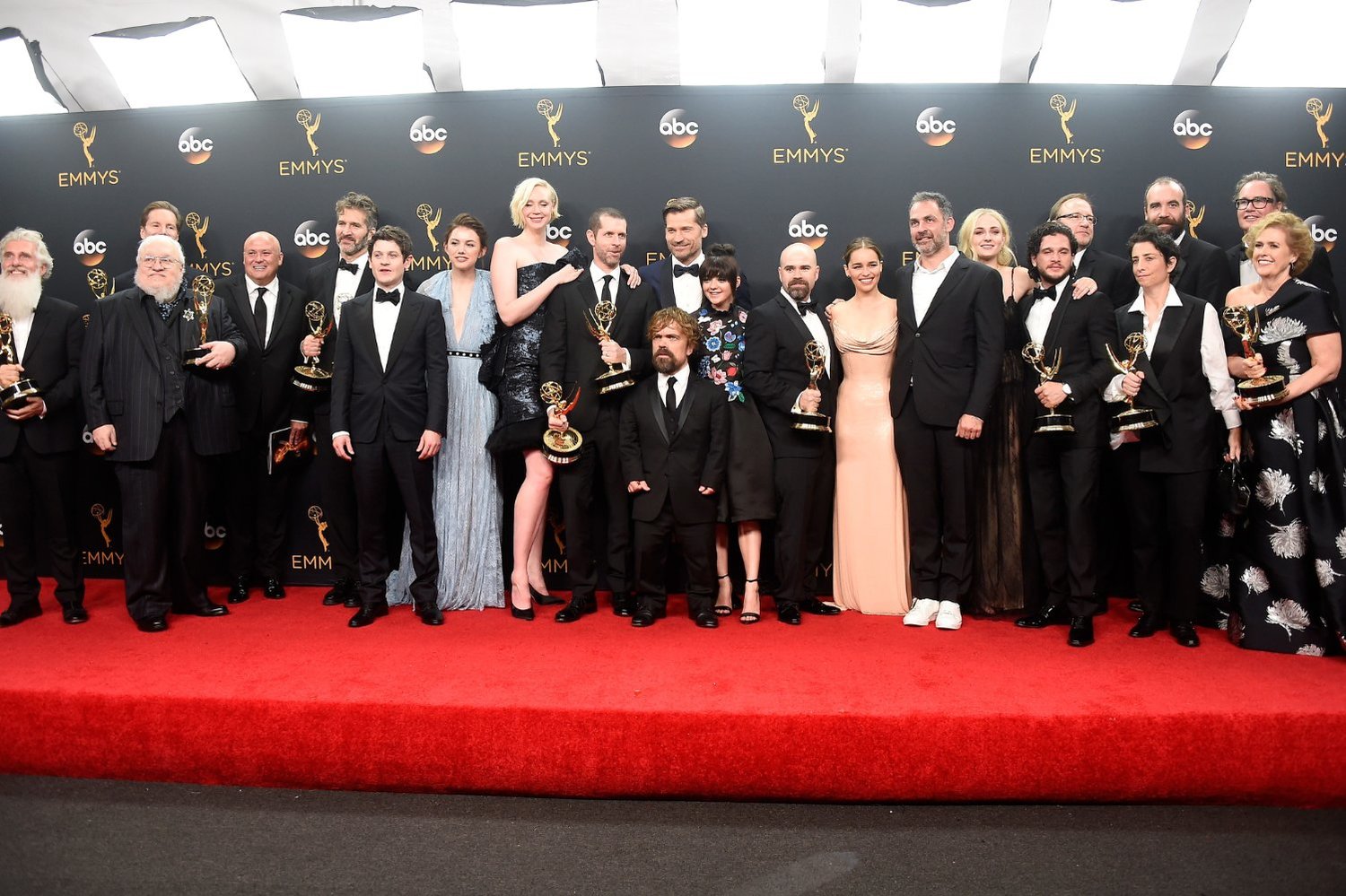 In the press room at the Emmys. Photo: IMDb.com

The Emmy Awards turned out splendidly last night for Game of Thrones and its cast and crew, with the show taking home three awards, bringing their 2016 total to twelve wins. This season’s new batch of wins helped the show break the Emmy record for primetime show awards. It was a great night for HBO itself, as the network received 22 Emmys, the most of any network for the 15th year in a row. After the ceremony and speeches were over, the Game of Thrones bunch hit the press room and then headed over to HBO’s Post Emmy Awards Reception at The Plaza.

The cast and crew fielded questions from reporters about their win, creating season six and the future of Game of Thrones. As always, showrunner D.B Weiss was cagey about the new season, only hinting, “It will be bigger and it will be better. And it will also be worse. But mostly better.”

Not unexpectedly, the talk turned to a possible prequel series after GoT’s run is over. Showrunner David Benioff says, “You might want to ask George [R.R. Martin] about that. He explains, “I’m sure there will be other series set in Westeros but for us, this is it, so that’s really a question for George.”

With the baton passed to him, Martin acknowledged his “wealth of material” for a potential new series, but says at the moment they still have this show and he has two books to finish so the new series talk is “all speculation.”

After press room duties were finished, the cast and crew were free to celebrate! Everyone headed over to The Plaza for HBO’s afterparty. Thankfully, there are plenty of photos from the event, courtesy of IMDB and FirstLook: 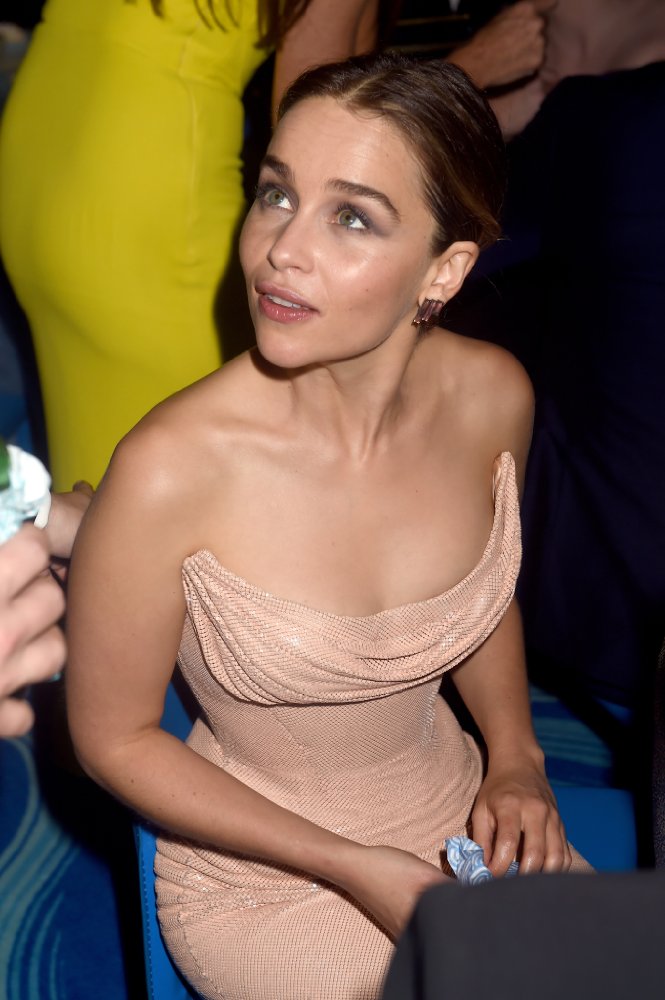 Maisie Williams changed her entire outfit from the Emmys before she went to the party: 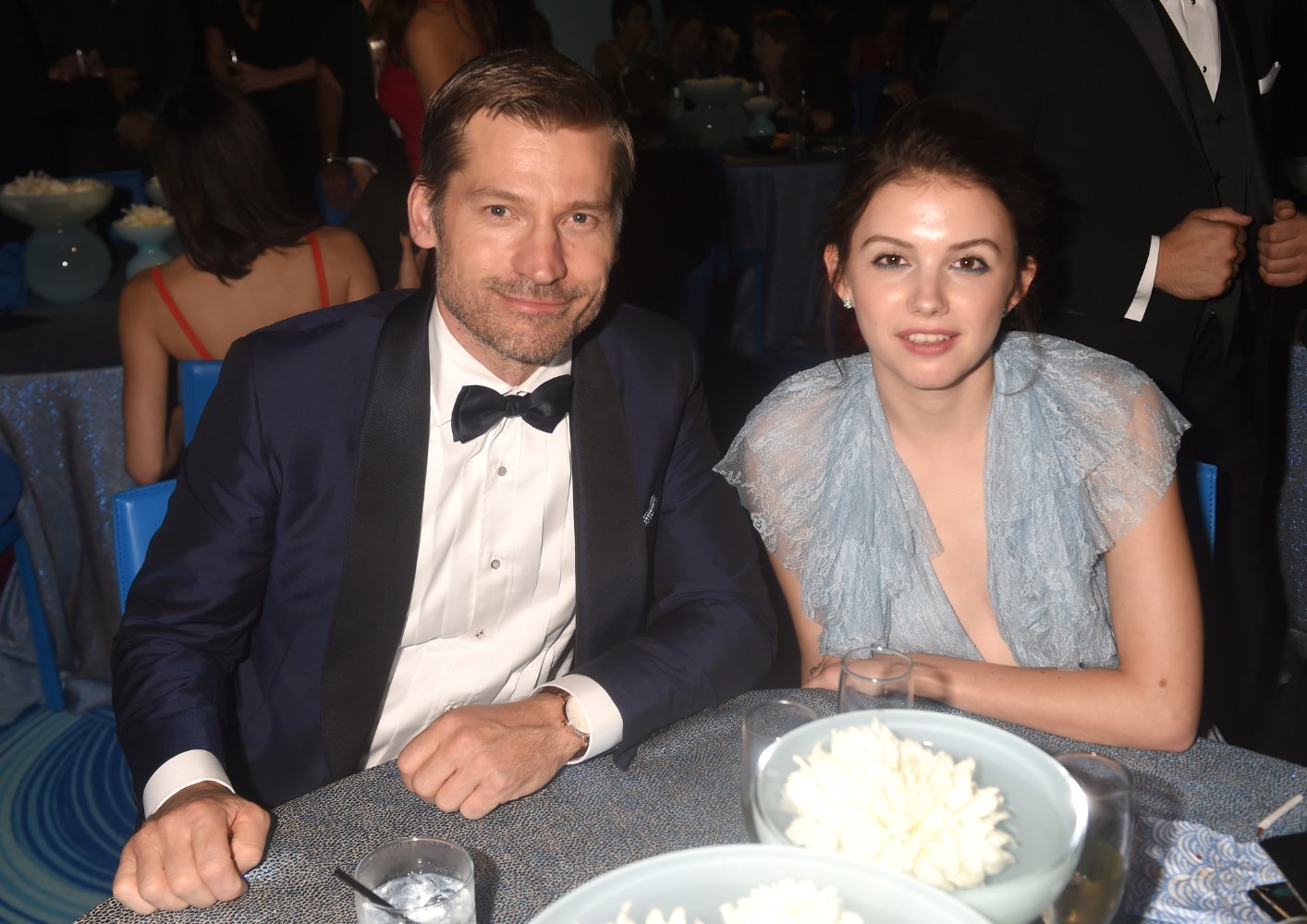 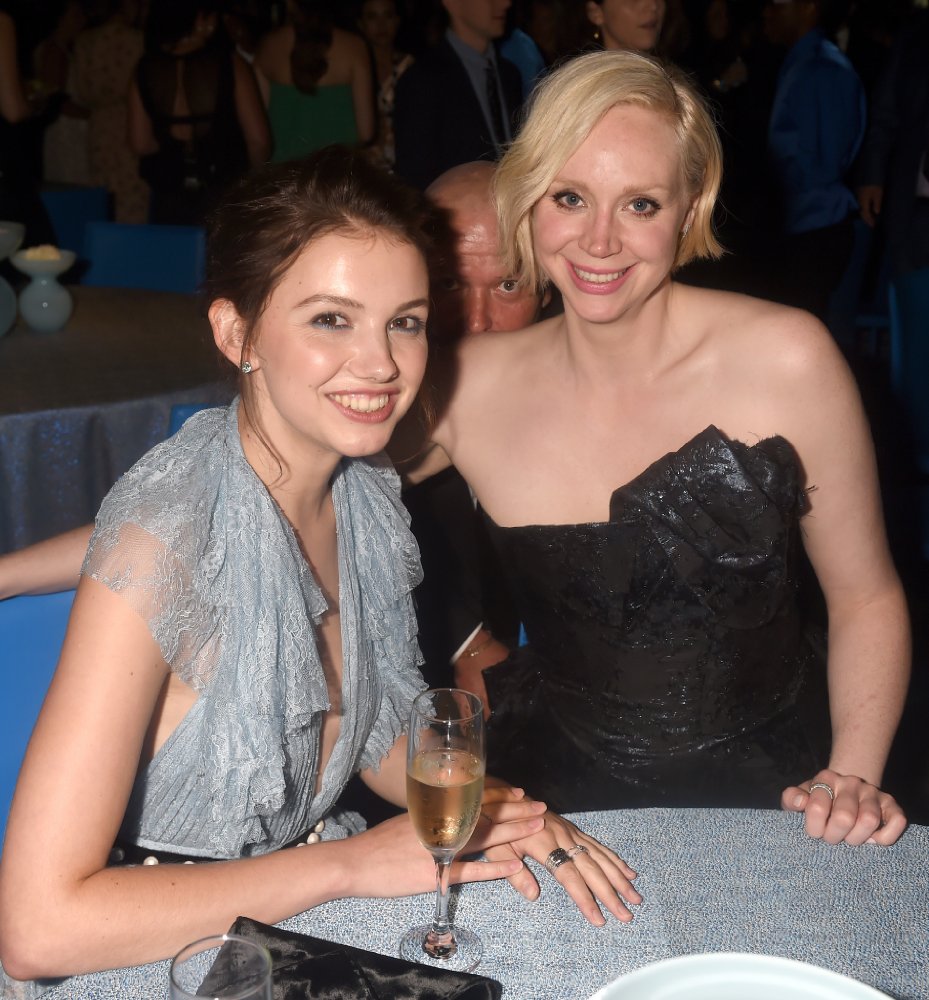 Sophie Turner on the party’s carpet and inside later:

George R.R. Martin (with an Emmy for his producer role) with Rory McCann:

Peter Dinklage with his wife Erica Schmidt and Nikolaj Coster-Waldau, and with D.B. Weiss:

Peter and Kit Harington catch up at the party: 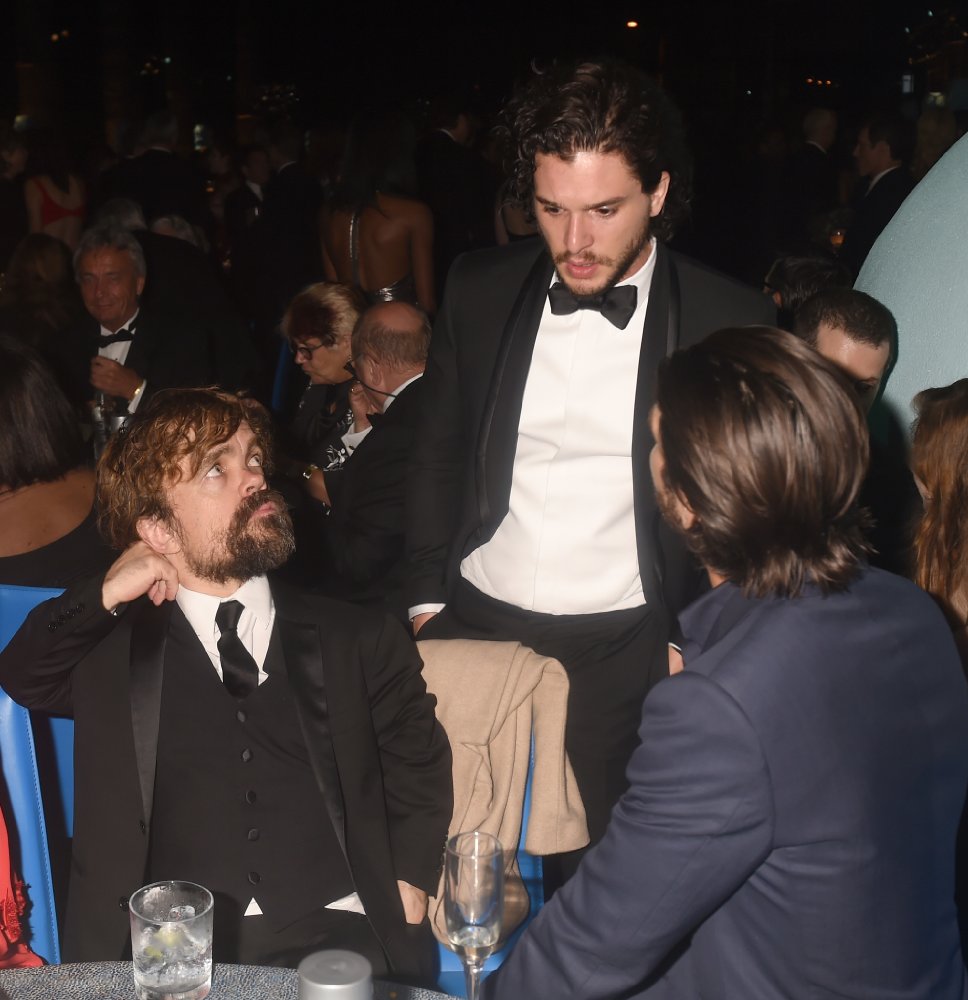 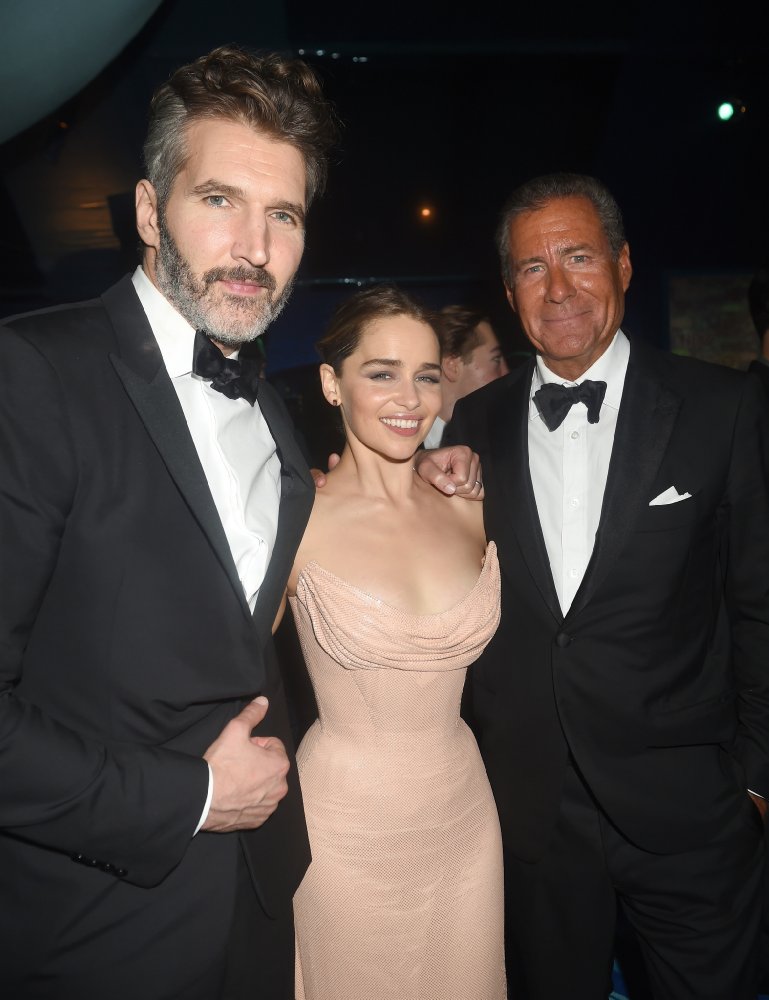 Keisha Castle-Hughes joined the cast at the afterparty:

Conleth, Gwendoline and Nikolaj having a great time by the looks of it:

Iwan Rheon joined the event, with the cast:

For a more candid look: Leslie Jones, a notoriously big fan of the show, met the cast last night at the after-party-

Ok I seriously met everyone I watch in television it’s fucking cray. Now y’all know how much I love GOT! Well… pic.twitter.com/opNazmm4ug

Wait…OUEEN OF DRAGONS YALL!! And literally one of the nicest people I ever met. She didn’t care I was geeking out pic.twitter.com/aaZg16g1OC

The Eunuch! He told me secrets!! pic.twitter.com/y1HF9zh4TW

It looks like an amazing party. The cast deserves the celebration, especially with season 7 filming starting this month. It’ll be back to work very soon for most of them, if they haven’t begun already!

Stay tuned for more Emmys coverage today, as we gather up the best interviews of the night!