Sophie Turner, Maisie Williams & Emilia Clarke on filming Game of Thrones season 7 and more | Watchers on the Wall | A Game of Thrones Community for Breaking News, Casting, and Commentary 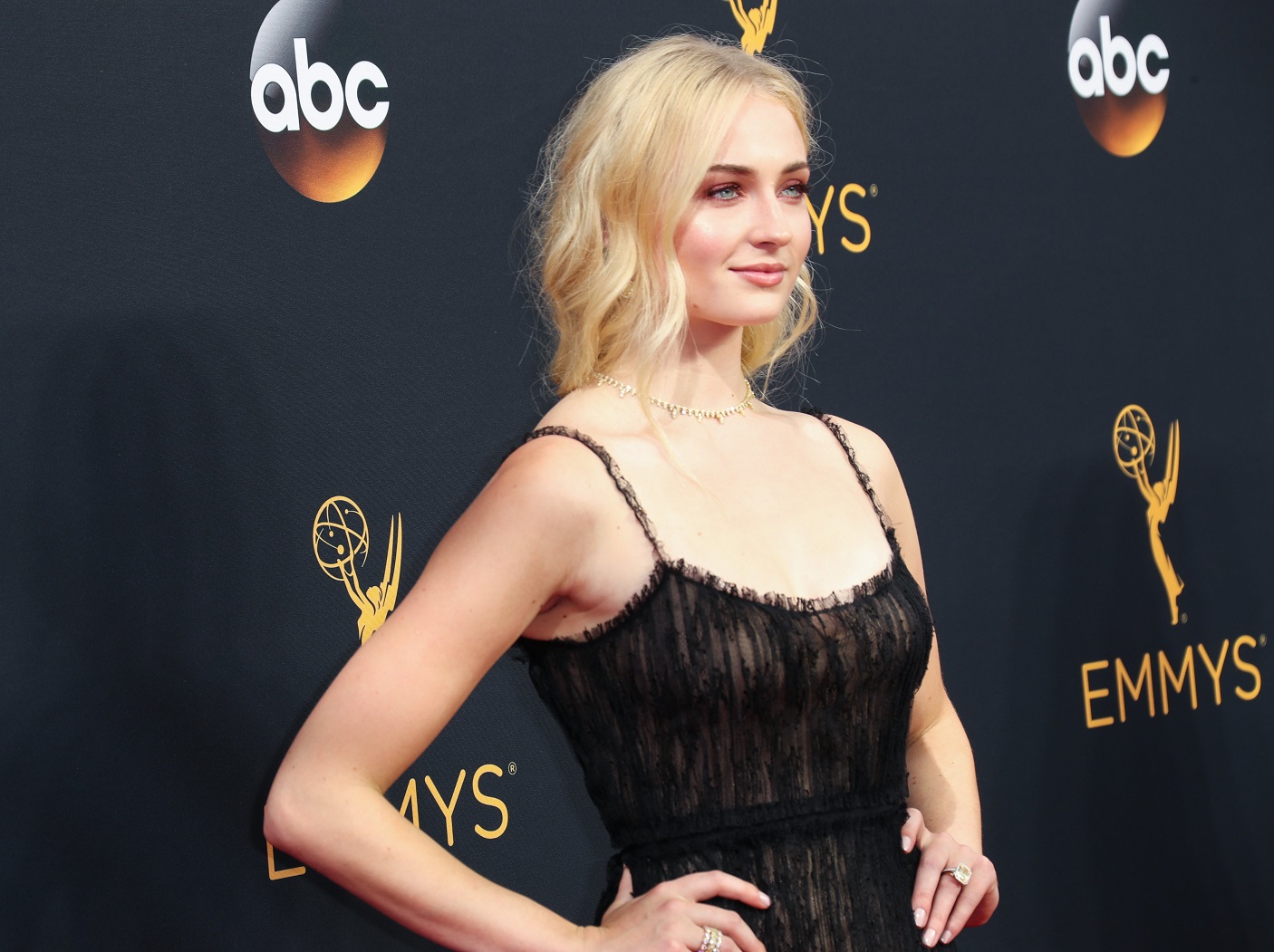 The Emmy Awards red carpet was a Game of Thrones hot spot last night with cast members galore arriving to support the show. Thanks to that, today we have a host of new interviews to pore over for hints at the coming season.

Speaking to People magazine last night, Emilia Clarke revealed that she’s headed to Belfast today to begin her work on season 7. She tells People she’s waking up early today “for a flight to Belfast for work.” As for her fashion sense carrying over to travel, Emilia says, “Most of the time I do try and have like some [style]– and then you just get changed into your pajamas on the plane, but tomorrow I don’t hold much hope.”

Maisie Williams is headed to Belfast as well. Speaking to Access Hollywood, the actress says that she starts shooting again this Wednesday, and that she flew straight from work to Los Angeles last Friday. As for season 7, she has a lot to say, but it boils down to, “It’s going to be heartbreaking and exciting” for fans.

Also back to work this coming Wednesday is Sophie Turner. She tells Access Hollywood she’s headed back, that the cast can sense the end coming, and it’s affecting them. “You can really feel it coming to an end,” Sophie says. “And like so everyone’s staying longer than they normally do, and like people are staying weekends now. Normally as soon as we’re done our scene we just fly home, but now everyone is staying a lot longer because everyone is like, ‘we’re not gonna get this again’ and it’s really sad!”

Clarke spoke to TVLine last night about season 7, hyping up the new season in a big way. “Every single word is a spoiler,” she says and teases “I know everything” after admitting she’s read all the new episodes. When asked about the possibility of a battle comparing to season 6’s Battle of the Bastards, the actress says, “Last season’s battle was ridiculous…but this season is like there’s like, another battle that’s epic.

Turner also talked to TVLine about the exciting new season. “It’s the best season yet, it’s gonna be insane,”  she says. “When I read the scripts, I nearly fell off my chair. I couldn’t believe it. Jaw dropped.” After questioning from TVLine, Sophie admits, “Yes, I cried.”

With Entertainment Tonight, Sophie says when pressed, “Umm some crazy dragon stuff happens…The whole thing’s amazing and that’s all I can say.”

Talking to the LA Times, Turner says of season 7, “I think fans are going to be really satisfied.” She also took a moment to show off new tattoo, the date “07.08.09” which is the day that she and Maisie Williams were offered their roles.

“I got it in peach,” Turner explains, “because my mum was like, ‘Make sure it doesn’t show up!'”

It’s always fun seeing what hints shine through the Game of Thrones’ stars attempts to tease without spoiling! With the actresses returning to Belfast, we can look forward to more set reports any day now.