Curtain Call: Stephen Dillane | Watchers on the Wall | A Game of Thrones Community for Breaking News, Casting, and Commentary 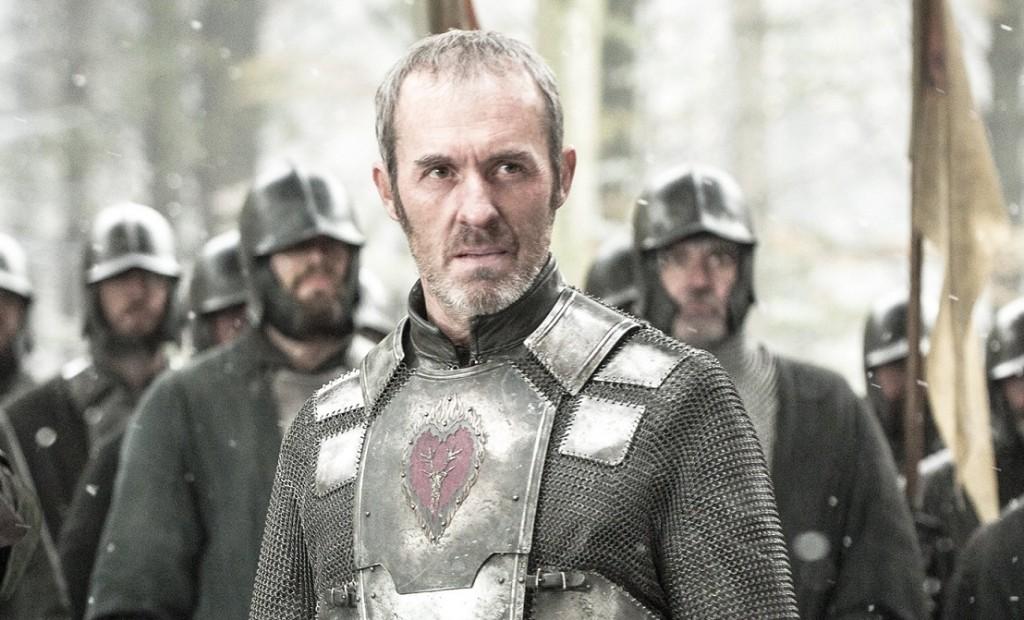 Has an episode description ever captured the entirety of a character as perfectly as it did in the synopsis for episode 7 of Game of Thrones season 5? The simple statement, typically vague to elude spoiler hunters, wound up encapsulating Stannis Baratheon hilariously well as fans noted. There is no one in the Game of Thrones or Ice and Fire world more stubborn than he is, and it’s that fierce hold to his resolutions that ultimately led to the death of Stannis in the season finale.

With the death of Stannis, we also lose one of the best actors on Game of Thrones, Stephen Dillane. 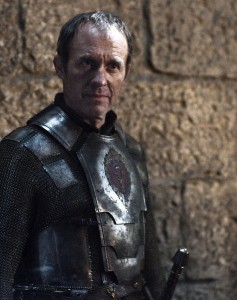 We didn’t necessarily know what to expect when Dillane’s casting was announced four years ago. He wasn’t at the top of anyone’s list for the role. We’re an opinionated fandom and Stannis has a strong following. Stannis himself isn’t the most glamorous of characters, the most brittle and introverted of the Baratheon brothers. That was true in the novels and it carried over to the show, where he stood in the shadow of his charismatic brothers that we met in the first season, boisterous Robert and charming Renly.

Stephen Dillane stepped into the role of Stannis in the second season premiere, burning the gods on the beaches of Dragonstone and drawing Lightbringer from the flames. (For a stern character, he certainly made a splashy debut.) From that point on, Stannis slowly marched his way into our hearts with his odd displays of humor and touches of humanity that offset his toughness. He and Liam Cunningham played off each other in the episodes leading up to the Blackwater battle, and brought out the best in each other- something that continued until their final scenes together this year. Every actor did better with Dillane- note how great Kit Harington did with him in the Wall scenes.

Dillane took George R.R. Martin’s character and brought him authentically to life, with the added layers that a gifted actor can accomplish with only a look, a gesture or the gritting of his teeth. He’s a tightly controlled actor, one not given to an excess of flourishes and that’s just what this character needed. 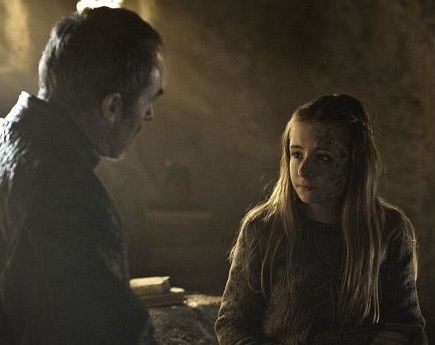 By the end of the second season, Stephen Dillane had completely overtaken the visual of Stannis I had in my mind from the books, and for a long-time ASOIAF fan, that’s saying a lot.

The next couple seasons gave Dillane the opportunity to bring out more layers of Stannis, as his family was properly introduced with the casting of Tara Fitzgerald as Selyse and Kerry Ingram as Shireen. The man who could command armies was at a loss sometimes when it came to dealing with his family. Season 3 established the tradition of Dillane conveying Stannis’s softer side with his young daughter. 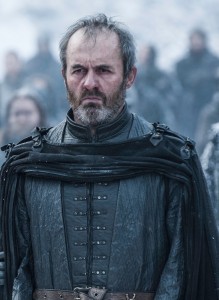 Oh, Shireen. Shireen who brought out his best side and then in a scene many never want to see again, was subject to the worst action Stannis ever commits. (Not that the Renly thing was a shining moment either.) Stannis looks absolutely destroyed about Shireen’s sacrifice but he still does it, because he never turns away from a decision once it’s been made, once he’s marching forward. Whether it was the right decision or not, people will still debate, but that’s not my point in mentioning it. It’s the actor I want to praise, because Stephen Dillane (along with Tara Fitzgerald, Kerry Ingram and the other actors onscreen) helped create a scene that haunted people and made them feel and rage and weep. He did what he was supposed to do; the actor did his duty and far beyond it.

When death came for Stannis, the end was simple and elegant in its execution. He acknowledged the blood magic that did his brother in (perhaps because it helped kill his daughter too) and accepted his fate without tears. Stannis Baratheon fought until he couldn’t fight anymore and then accepted his death. But without begging or sharing of his emotions, because really, this is Stannis. Remember? He remains stubborn. 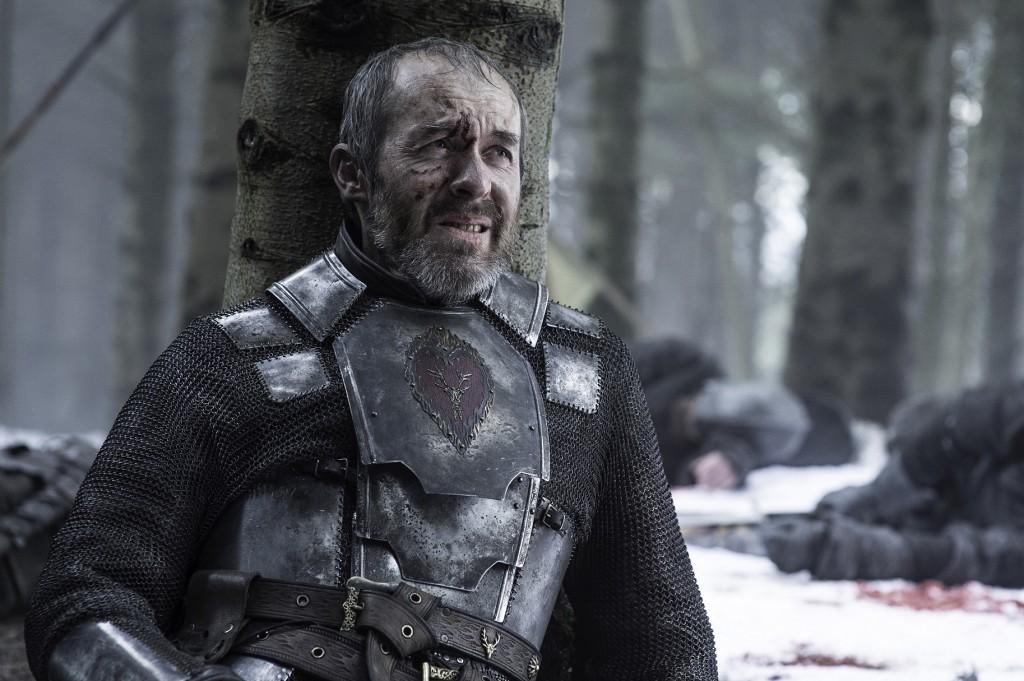 As for Stephen Dillane, he’ll continue on. He’s already working on series 2 of The Tunnel. Otherwise known as the TV show he’ll actually do press for. Dillane’s gift for dodging GoT red carpets, press junkets, and any public event he can is admirable, and another aspect of him I’ll miss. I’m not saying he’s actually Stannis because he does smile and laugh…but he’s a little bit Stannis. Just a little bit. Enough to make him the ideal man for the job.

And you were that, Stephen Dillane. Duty done and then some. 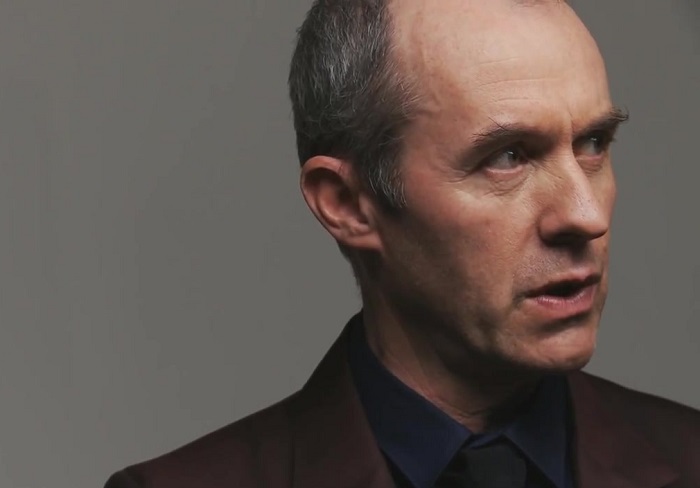