Curtain Call: Dominic Carter | Watchers on the Wall | A Game of Thrones Community for Breaking News, Casting, and Commentary 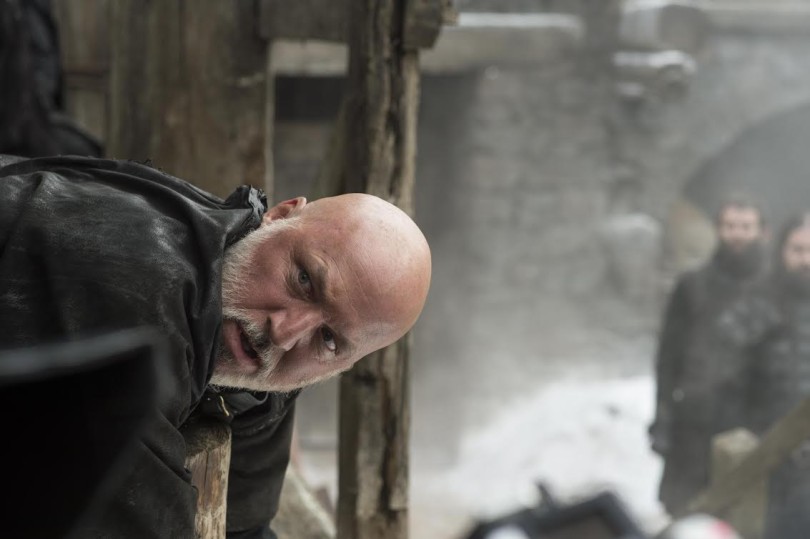 “Are you drunk? I won’t have my honour questioned by an imp!”

So went the infamous words of one Tyrion Lannister, there setting to spark the beginning of a series of very unfortunate events befalling one Lord Janos Slynt. This poor man’s fall was as spectacular and meteoric as his rise; Janos was born but a butcher’s son, after all, and rose through the ranks of the city guard to eventually command the Gold Cloaks. But in his fall he left a trail of woe that would impress Dolorous Edd. 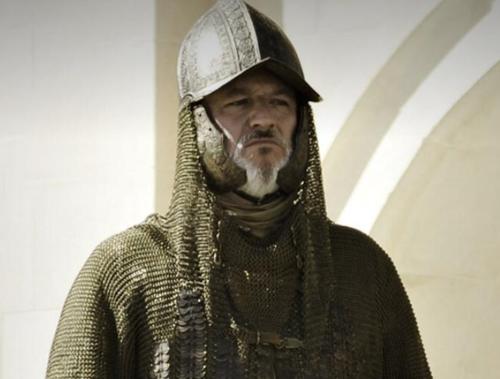 His acts of infamy included not only his all-too-easy fall from a cushy lordship, but even more famously hiding in the larder (“in a puddle of his own making”) during the Wildling assault on Castle Black, and then ending in a spectacular miscalculation of Jon Snow’s Starkness.

Slynt was rude, arrogant, piggish, insufferable, and played with sneering relish by Dominic Carter — an actor who has been on the show and in the role since year one. Suffice to say we’re not sad to see Slynt lose his head, but I’ll personally miss Dominic’s spot-on portrayal of a character little removed from George R.R. Martin’s novels. 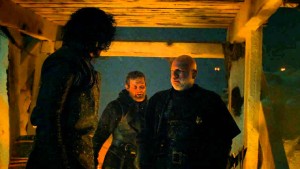 And let’s face it, it’s easy to root for the good guys — especially when he or she has a truly loathsome foil, and Dominic, through Slynt, made their jobs that much easier.

People will speak of his season 2 barb-filled exchange with Tyrion as their favorite scene, or possibly even his final defiance of Lord Commander Snow… but my personal favorite will always be the look of terror in Slynt’s eyes that turned into some weird semblance of relief when Grenn (played by the able Mark Stanley) relieved Lord Janos of his duty atop the Wall, allowing a better commander — our heroic Jon Snow — to take charge. Slynt stammered a weak bluster and promptly fled. 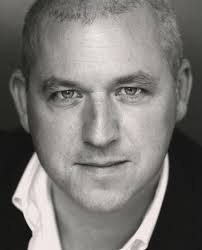 (Yes, I was actually rooting for him to survive that night. A good coward is hard to come by in television these days. Too many bloody heroes!)

In his assorted weaknesses, Slynt was all too human, and therefore all the more real to me, and to many others. Sure, people loved to hate him. But he will be missed.

And though Slynt’s watch has ended, Dominic remains — I have been assured — hale and hearty, with head intact. (Or at least it “might grow back”, as he stated in his Twitter account, @dominiccarter7) (He then added, shades o’ the Kingslayer, “The things we do for art.”)

Dominic is a veteran of television, with credits in shows like Doctors and Coronation Street, and played four different characters in the television show The Bill. His lauded spate on Game of Thrones will likely open a few more doors, if he cares to… 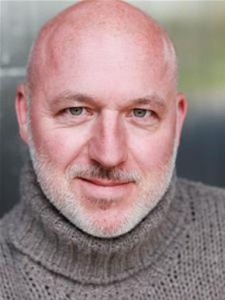 Once he grows his head back on fully, I mean.

Thanks for everything you gave, Dominic! You’ll never be forgotten.

Give ‘im your love, Gatewatch faithful!