Conleth Hill discusses Game of Thrones Season Five and more in a rare interview | Watchers on the Wall | A Game of Thrones Community for Breaking News, Casting, and Commentary 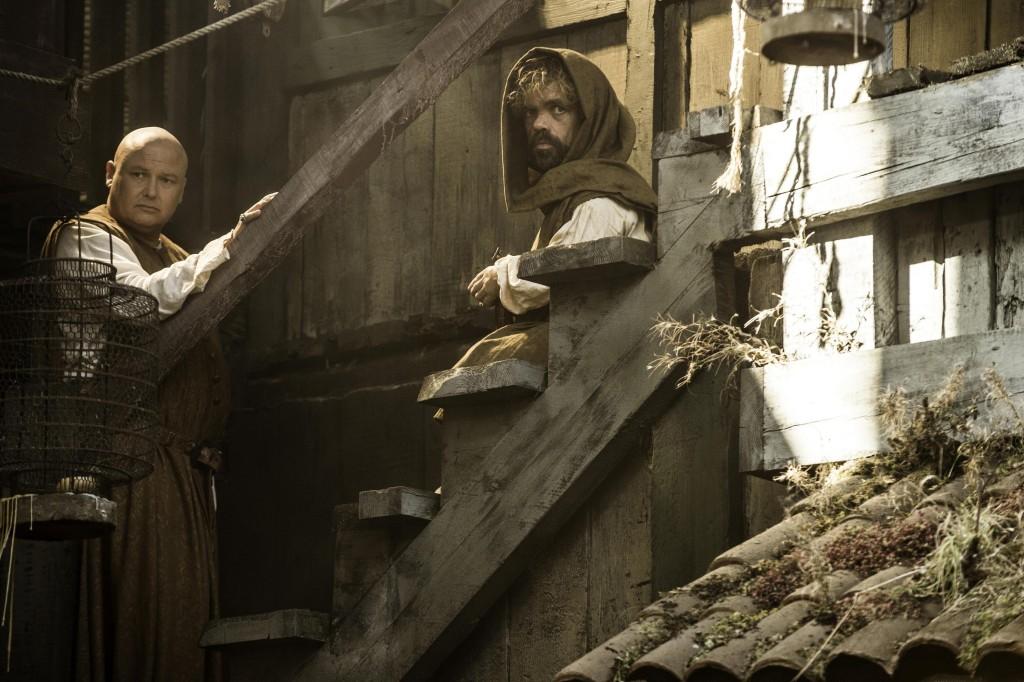 Vulture has managed to nab an interview with the elusive Conleth Hill, who is playing Varys, Master of Whisperers, on the show. Well, is that still his characters official position after the events of the past season? Time will tell, soon enough. Conleth himself remains, understandably, tight-lipped about the coming season, though the journalist does her best.

Watch out for mild spoilers, if you haven’t seen the Season Five trailer!

On his personal qualities that mesh well with his roles of various spy characters, he says:

Well, I’m pretty anonymous, and I think that would work in my favor. I don’t get recognized very much, which isn’t a complaint, you know? I would be a bit worried if I were recognized as Varys, because I don’t look like that normally. If I’m at a red-carpet event, they’ll recognize some of the other stars from Game of Thrones, but not me. I’m not recognized immediately. Normally, if I’m wearing a tuxedo, people think I’m a security person or a wine waiter, just because of the uniform, you know?

On the reasons for his apparent change of allegiance in the coming season, as evident from the trailer:

Um, because every individual is allowed to change their mind. And there are more stories in the book that aren’t being transferred to the screen, involving searches for an heir, and so it’s probably an element of what’s best dramatically and also how to accumulate his reasons. I think in times of war, and in terms of politics, people change their minds all the time. And something that seemed like a good idea at the time can be changed in a heartbeat. The order not to kill her came from someone, just as the order to kill her. And maybe that will come out in future episodes, so I don’t want to talk too much about it. That’s also my evasive way of going, “I don’t know!”

On his reputation as the funniest guy on set:

After Peter won the Emmy, I was calling him “Emmy” for a couple of days. Stupid things like that, which aren’t funny to people who weren’t there. “Is Emmy ready yet?” Just to say he’d changed since he won it, even though he hadn’t at all. I’m not constantly telling jokes or anything, I’m not Mr. Funny all the time, but why not have a laugh when you’re working?

Check out the full interview via the link for more, including why Varys and Tyrion get along well. The interview further touches on the actor’s role in Suits, his appearance in the finale of Foyle’s War, Laurence Fishburne, Henry Cavill, and other topics.