Con of Thrones exclusive: Esme Bianco makes her picks for ruler of Westeros, praises Theon's arc, and more | Watchers on the Wall | A Game of Thrones Community for Breaking News, Casting, and Commentary 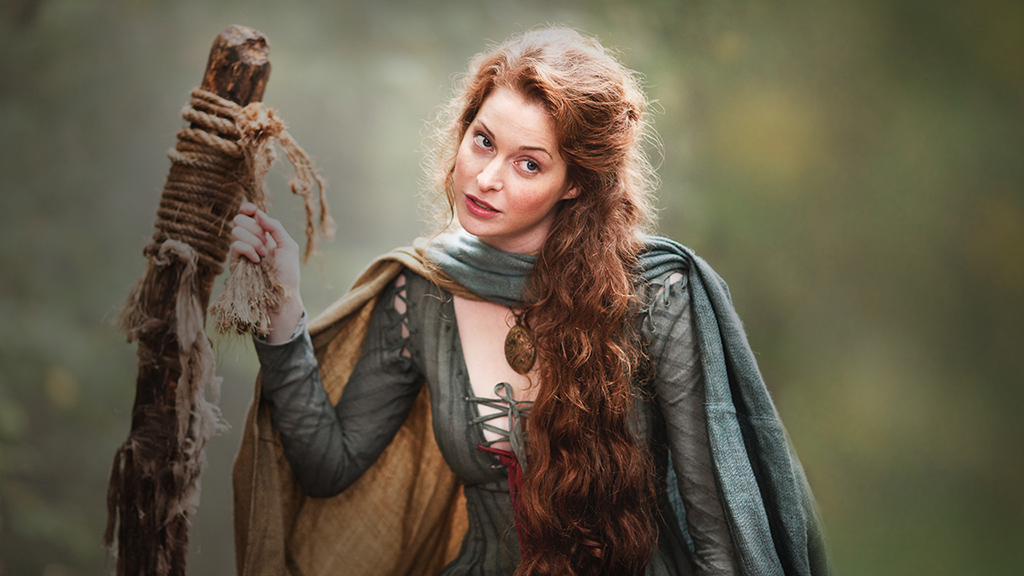 Esme Bianco as Ros in Season 1 of ‘Game of Thrones.’

It’s not too often you get to make a celebrity’s day, but when Watchers on the Wall sat down for an exclusive interview with Game of Thrones star Esme Bianco at this year’s Con of Thrones, that’s exactly what happened. She began to answer the question of who should sit on the Iron Throne versus who probably will when things took a turn.

“I pray it won’t be Littlefinger — ” she started, before being reminded that Petyr Baelish (Aiden Gillen) met a grisly end at the hands of Arya and Sansa Stark in Season 7.

“I completely forgot!” Bianco laughed, clapping her hands. “That’s lovely! You just made my day.”

Bianco admitted that it’s hard to “keep track of who’s not around anymore,” but she’s kept up on the series since Ros met an untimely end in Season 3 — and like any fan, she has her picks for the Iron Throne. Tyrion is “an obvious answer,” she said, but “I like him too much to be burdened with having the throne.”

“Jon and Dany, or one of the two of them, that also seems too obvious, doesn’t it?” she added. “But the way they’re taking this show, you just don’t know. They could go toward an easy answer and then have something completely different happen.”

Another, more surprising, choice for ruler of the Seven Kingdoms was the Spider himself, Varys (Conleth Hill).

“In reality, he’s a good guy and he wants what’s best for the realm,” Bianco said. “Unless he’s such a great schemer and he’s so cunning that I haven’t figured out what his game plan is yet.”

Although Ros met her fate before the worst of the fighting in Westeros, many a fan has wondered which side she would be on at this point in the war or if she would pick up stakes for a less bloody part of the realm.

“Maybe she would have taken over the brothel? I can’t imagine her staying in King’s Landing, especially after Littlefinger left,” Bianco said. “She was a smart cookie, and I don’t think hanging around King’s Landing is a smart thing to do right now.”

If Ros had to choose a side, though, there’s no question of which one it would be: that of Ros’ fellow Northwomen.

“Oh, the Stark girls, definitely,” Bianco said. “Ros was a Northern girl and they have to stick together. And the Stark girls are amazing, kickass women — they’ve been through a lot and survived a lot, and Ros would want to back her fellow amazing, strong women.”

Bianco also weighed in on watching the story continue to unfold — from whether or not anything has really shocked her to which character has been her favorite to watch.

“I was definitely a little bemused at the excursion beyond the Wall last season, but not shocked, really,” she said. However, Jon and Dany finally meeting “really melted my brain.”

“That whole storyline surprised me, because I didn’t expect such too disparate plots and characters to somehow come together,” she said. “I haven’t read the books, so maybe it’s a little more clear in there, but it never occurred to me that they would meet in the way they did.”

Bianco also really, really wants an Emmy nomination (and win) for Alfie Allen for his work as Theon Greyjoy/Reek. Watching his character evolve has been one of her favorite aspects of Thrones.

“Theon is an absolutely fantastic character and Alfie is an incredible actor,” she said. “It irks me he’s never been nominated. The way he’s woven this character in between Theon and Reek has been amazing to watch.”