Game of Thrones Cast Members Old & New Reunite for a Farewell and Have Some Fun! | Watchers on the Wall | A Game of Thrones Community for Breaking News, Casting, and Commentary 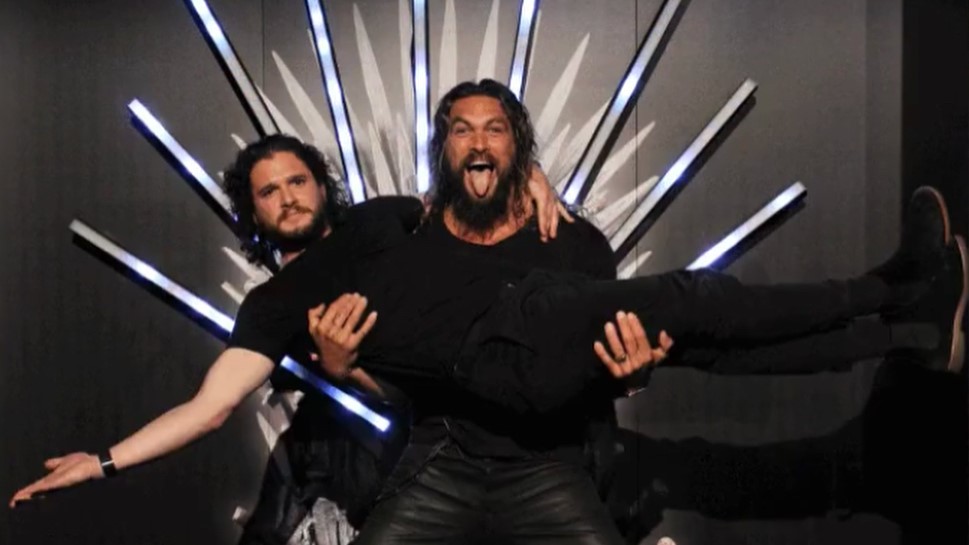 A few days ago the cast, both old and new, gathered in Belfast for a Game of Thrones-themed party before filming ends (as it’s supposed to at some point this month.) Though the party was mostly private, many photos have turned up, just as we suspected, mostly courtesy of former cast member and current social media obsessive Jason Momoa!

Proof he was there pic.twitter.com/uHiczNGAwm

I GOT A SWORD! AND A CROWN! AND AN UNDERBITE! 🙌 I also got the bestest gal in the whole wide world by my side. @nathalieemmanuel I’ll play dress up with you for LYFE 💁‍♀️❤️💥💋🔥#whoruntheworld #wedo @gameofthrones you’re kicking my emotional butt. #forthelove

FYI…This is the closest you’ll ever get to me attempting ‘that lift’ from dirty dancing. Yes, my man is sitting. Yes, there’s no lake. And yes, I have no idea I’m NOT being raised above his head. (Id like to take a moment to thank alcohol for giving me courage to attempt this. Ever.) @gameofthrones @prideofgypsies #nooneputsdrogointhecorner #imhavingthetimeofmylife #fyi #thankgodwegotthatmanonathrone #mysunandstarsintheireyes #❤️ #🔥

Moon of my life @emilia_clarke every time I leave you my face hurts from smiling to much. I Fucking love you forever. Aloha j

I’m so grateful to be apart of the greatest show on earth. I’m honored to be able to come to Ireland and celebrate with my friends. I’m just here for kisses and hugs and The black stuff 😜😜😜😜. mahalo David and Dan you are legends . Congrats to the talented crew and cast. Aloha j

Alcohol-fueled fun was had by all, but there is more to it than that: judging by the captions, it appears the cast also found it cathartic. It must be difficult to end filming this season knowing they will not return next year and work together again. If the rest of us have any advantage over them, it’s that the end of Game of Thrones will not become real for us until the series finale airs. For the cast, it’s mostly over this month!