Con of Thrones exclusive: Hannah Murray chats about Gilly's growth and deserving credit for that "Prince Raggar" discovery | Watchers on the Wall | A Game of Thrones Community for Breaking News, Casting, and Commentary 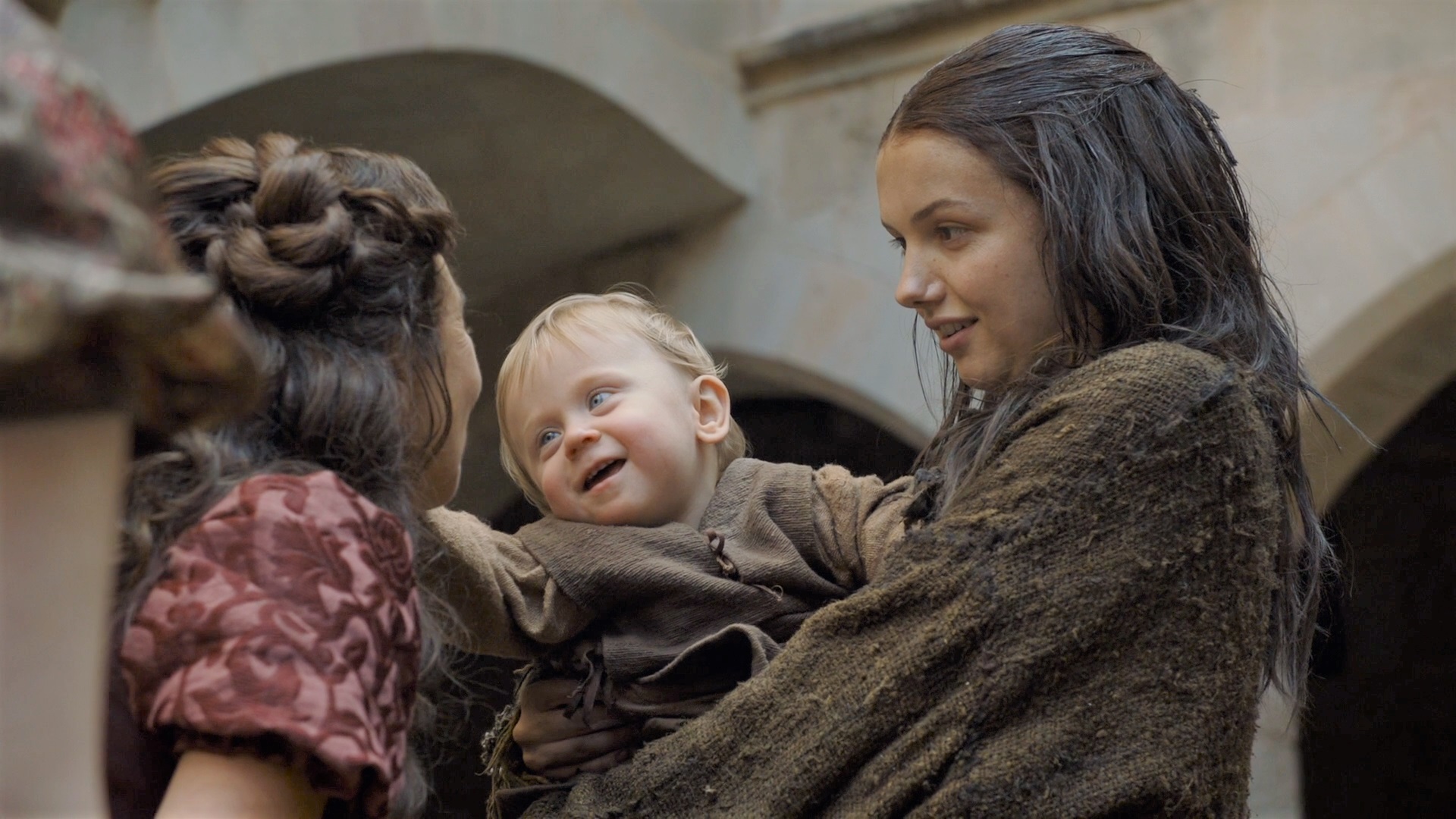 It’s something Hannah Murray pointed out when we spoke to her at Con of Thrones. By the end of season 7, we’ve witnessed so many characters fall from grace and grow hardened as the things they love are taken away from them. Yet, “with Gilly, it’s the opposite,” Murray observed.

She’s also become happier. Murray told us that, back in season 2, she made a conscientious decision not to smile, to keep Gilly’s expression “very deadpan” since Gilly had nothing to smile about at the time. “Then there were moments once we got to season 4 and [Gilly and Sam] were at Castle Black where I was like, ‘Oh she’s happy and she’s happy for the first time,” Murray said.

Gilly and Sam are one of the few couples on the show to survive (both relationally and literally) into season 8. Murray believes it’s precisely because they’re “underdogs” and “not traditionally heroic” that they’ve managed to hold on this long.

“I think there’s something about them both coming from such a vulnerable place that no one’s paying enough attention to them to ruin their lives,” she said. “So, they’ve been able to actually build a life and a family within all this chaos and that’s a very beautiful thing.”

It’s true. Sam and Gilly’s scenes are among the very few that regularly elicit “aww”s from viewers. And Murray is proud of the on-screen dynamic that she and John Bradley have developed.

“I think that the relationship with Sam could have been so many different things and I think it’s grown in a really organic, really honest way that feels subtle. John and I have always tried to make sure it doesn’t feel saccharine because I think there are moments when maybe it could,” she said.

Her favorite scene between Sam and Gilly is their conversation about baby names that takes place shortly before Sam kills a White Walker.

“It’s just so sweet but it feels so real and I think it’s very funny,” Murray gushed. “John and I had a lot of fun when were filming it. He really had fun over pronouncing all the names. ‘Tris-to-pher’,” she said, imitating Sam.

I asked Murray if the feelings of inadequacy that Gilly expressed in season 4 (“I’m sorry I don’t know things”) continues to inform her and Sam’s relationship.

Murray pointed out that Sam’s immediate response to Gilly’s self-deprecation was, “You know how to do a hundred things that I can never do.” Which is true.

“She has a very different type of knowledge than Sam has,” Murray said. “One of my favorite lines that I ever had was when he offers to gather firewood and I say, ‘You’re not good at it.’ I love that she has these skills that’s different from his and that Sam would not have been able to survive on his own on their journey without her.”

That said, Murray and I agree that Gilly did not get the credit she was due for uncovering that juicy tidbit about Prince “Raggar”’s secret wedding in Dorne.

“I hadn’t read the scene where he passes on the information to Bran and I was like, ‘Wait you’re not even going to give me credit!” she laughed. “But also, to be fair, she didn’t know the weight of information at the time. She was just reading a book and she was lucking to stumble across it. They were both lucky that they stumbled across that piece of information.”

As for season 8, Murray said she found the final scripts “satisfyingly surprising.”

“I knew to expect the unexpected,” she said. “Anything that felt too obvious to me I knew was not going to be what [happened]. So there were certain things where I was like, “Well it can’t be that but I don’t know what it is going to be.

“It’s not like a fairytale happy ending by any means at all and I think it’s a really wonderful final season,” she said. “I’m really excited for people to get to see it.”