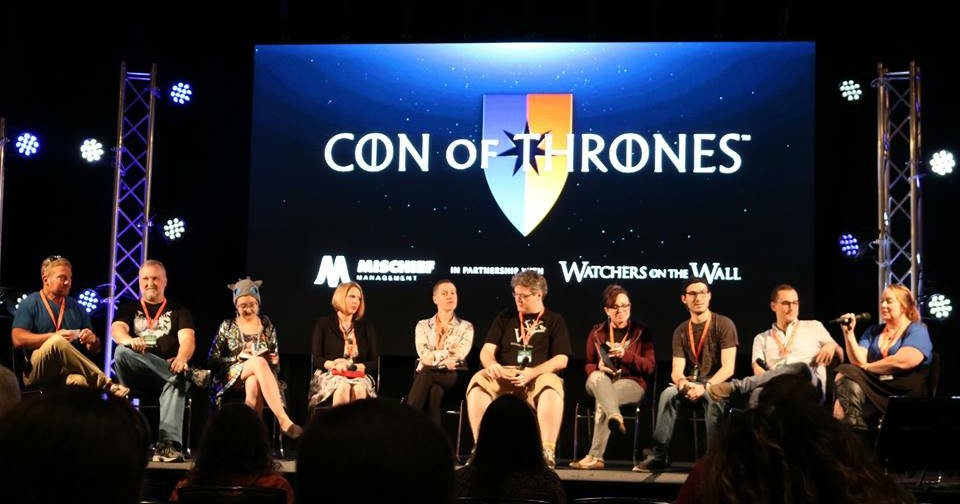 All of us at Watchers on the Wall had a blast at this year’s Con of Thrones. Maybe we had too much fun. When we arrived to our Watchers podcast on the third and final day of the convention, during the first morning hours, it was after a night of partying with other attendees and guests. Hangovers and lack of sleep didn’t deter us, however, and our Watchers on the Wall live podcast moved ahead on the main stage, where we revealed our list of the ten greatest Game of Thrones episodes, as judged by ourselves. Enjoy!

I’m sure there will be plenty of thoughts in the comments about our chosen top ten. Don’t worry, I assure you there was much debate even just amongst ourselves; none of us were entirely happy with the final list, which probably means it’s a good list. That judgement is not up to us, however, but up to you guys. What do you think of our list and our thoughts on these episodes? What is your personal list of favorite episodes?

If you enjoyed this, I have good news for you (if you didn’t, uh, well… don’t read ahead.) This live experience was only a taste of what’s to come: soon enough, we will debut our regular Watchers on the Wall podcast, hosted by the best in our staff. I’ve been reading some of their ideas and I can tease this much: there are good reasons to get excited!