For our first casting speculation post this year, we’ll focus on a character we weren’t ever sure would make the leap to Game of Thrones: Randyll Tarly.

As we learned last week, season 6 casting has begun and there’s a call for a character that’s a perfect description of Randyll, Samwell Tarly’s stern father who sent him to the Wall.

Father. Aged 50’s to 60’s, he’s one of the greatest soldiers in Westeros- a humorless martinet, severe and intimidating. He demands martial discipline in the field and in his home. It’s described as “a very good part” for next year and that he’s “centrally involved” in a protagonist’s storyline.

In the books, Randyll is described as “the finest soldier in the realm,” and “iron-willed and shrewd.”  He has a reputation for blunt speech, and is said to be lean and balding with a “short, bristly grey beard.”

In Season 1 of Game of Thrones, we learned from Sam that his father threatened his life- it was either join the Night’s Watch or suffer a “hunting accident.” This year, Stannis revealed that Randyll Tarly is the only man who ever defeated Robert Baratheon, proving he truly is a military force to be reckoned with on the battle field.

There were no physical requirements in the casting breakdown we received, and Randyll may not necessarily look like the book describes. His hard-edged character is being translated to the screen, and that’s exciting. With that in mind, let’s get to the casting speculation! We’ve gathered up some fan faves, suggestions and interesting possibilities for the role of Randyll Tarly. 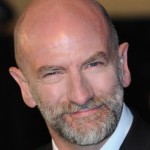 Graham McTavish – The Scottish actor is best known for playing Dougal Mackenzie in the Starz series Outlander and as the dwarf Dwalin in The Hobbit trilogy. He certainly is capable of the steeliness required for military commander Randyll. A favorite of many for the role, would his commitment to Outlander prevent him from being in another TV show at the moment? 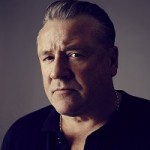 Ray Winstone – This British actor is regarded as the quintessential hard man and definitely has the toughness to pull off Randyll. Some notable films on his CV include Snow White and the Huntsman, Sexy Beast, The Departed, King Arthur, and the Point Break remake. Starring in Of Kings and Prophets may knock him out of the running, though. 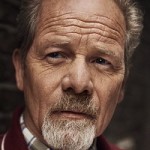 Peter Mullan – The Scot has worked with HBO before, playing Jim O’Casey in the 2014 mini-series Olive Kitteridge. Worldwide, he may be best known for Trainspotting and Harry Potter and the Deathly Hallows: Part 1. He’s quite capable of playing dark-edged characters and has done so many times, notably in Top of the Lake and the Red Riding series. 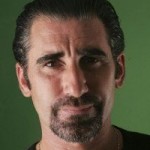 John Lynch – The Northern Ireland native has played every sort of character under the sun in his thirty-year career, so there’s no question he could handle this one. Most recently, he’s turned in a strong supporting performance as Jim Burns in BBC’s The Fall. GoT has made good use of Northern Irish actors so far; maybe it’s time to do so once more? 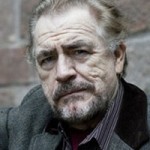 Brian Cox – Cox is no stranger to playing harsh leaders. He played King Agamemnon in the David Benioff-scripted film Troy, and the main villain William Stryker in X-Men 2. (Interestingly, he also was the dad in the film version of Benioff’s 25th Hour.) He’s on the high end agewise for the role and might not be available, but he’d be a great Randyll. 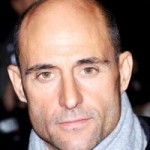 Mark Strong – While he is a fan favorite for the part, Strong is unlikely to take a TV role at this point in his career, especially a supporting one in an established series. He could certainly pull off the role, but whether he could make time for Game of Thrones is another issue.

Who are your favorites, readers, and who would you like to see playing Randyll Tarly?