Braavos action and soldiers from an unexpected house spotted, more new casting and DeObia Oparei on season 6 | Watchers on the Wall | A Game of Thrones Community for Breaking News, Casting, and Commentary 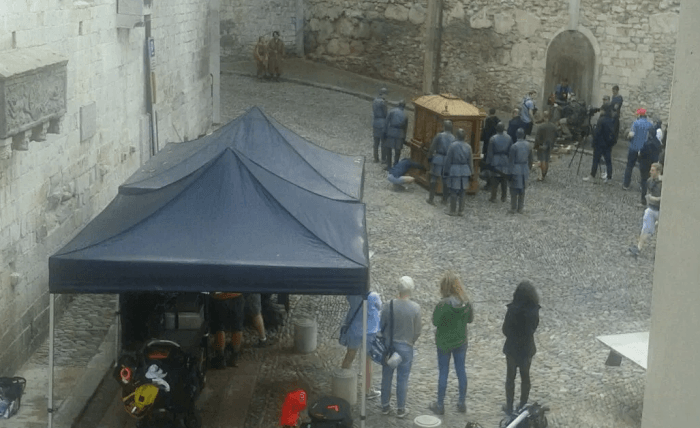 Games of Thrones production in Girona filmed another stunt in Arya and the Waif’s action sequence, soldiers were photographed and we have another casting announcement!

In the video below, the Waif (it’s difficult to tell if it’s Faye Marsay or her stunt double) runs along a wall and either jumps or falls off of it. According to Los Siete Reinos, who are reporting from Girona this week, this sequence is set to appear in episode 8.

Los Siente Reinos shared a photo of two rows of soldiers whose shields, onlookers claim, bear the golden rose of House Tyrell. L7R’s sources report that Natalie Dormer may also be in Girona. 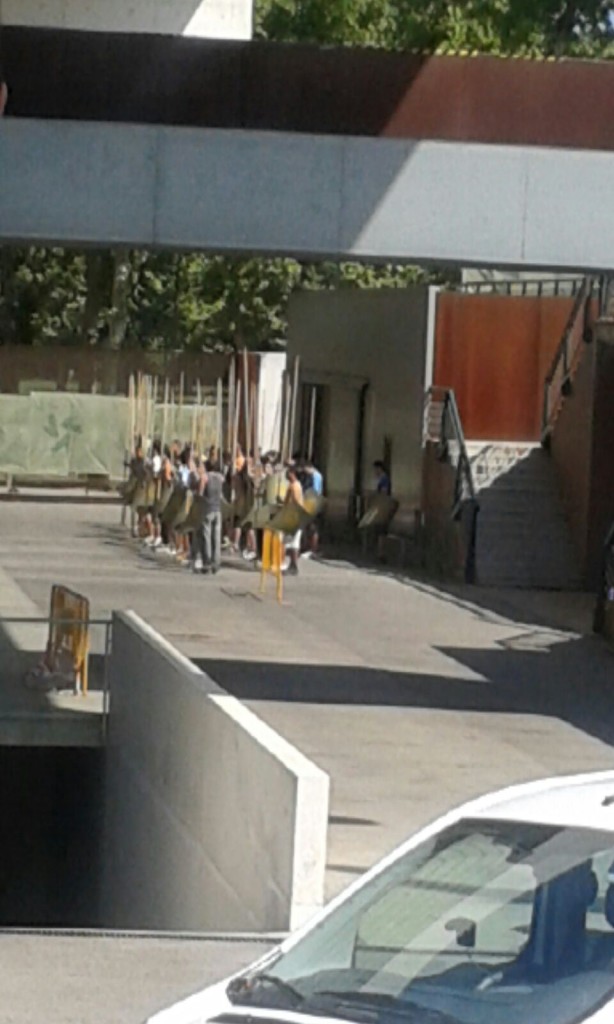 Someone was spotted wearing this Cersei-like Westerosi costume around the theatrical set today in Girona. It’s not clear if that’s Maisie Williams or another actress with similar hair:

The talent booking agency, Universal Artists, tweeted recently that Ross Anderson has been cast in Game of Thrones and is currently filming in Spain.

His role hasn’t been revealed but, in light of the recent casting calls for theater actors,  it’s reasonable to speculate that he’s one of the mummers in Braavos, or possibly even Izembaro himself. 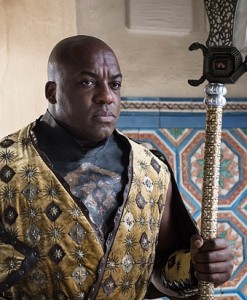 DeObia Oparei talks to Zap2It in a new interview about season 6, confirming he’ll be filming this year but will again have a limited role.

Though he hadn’t read the scripts yet so he doesn’t know exactly how much he’ll appear in Season 6, Oparei believes his late call to set — shooting began in July — is “indicative of how much I’m going to be in this season.”

He says, “It’s really hard to do that. I’ve seen people come into the show, they just shoot for one week, and you look at the season and that storyline is the most memorable.”

The actor also discusses fight scenes and his concerns about Trystane Martell being aboard the ship with Jaime and the murdered Myrcella. Head over to Zap2It for the complete interview.