'Beyond The Wall' director on that much-debated timeline, Longclaw's eyes, and Dany and Jon | Watchers on the Wall | A Game of Thrones Community for Breaking News, Casting, and Commentary 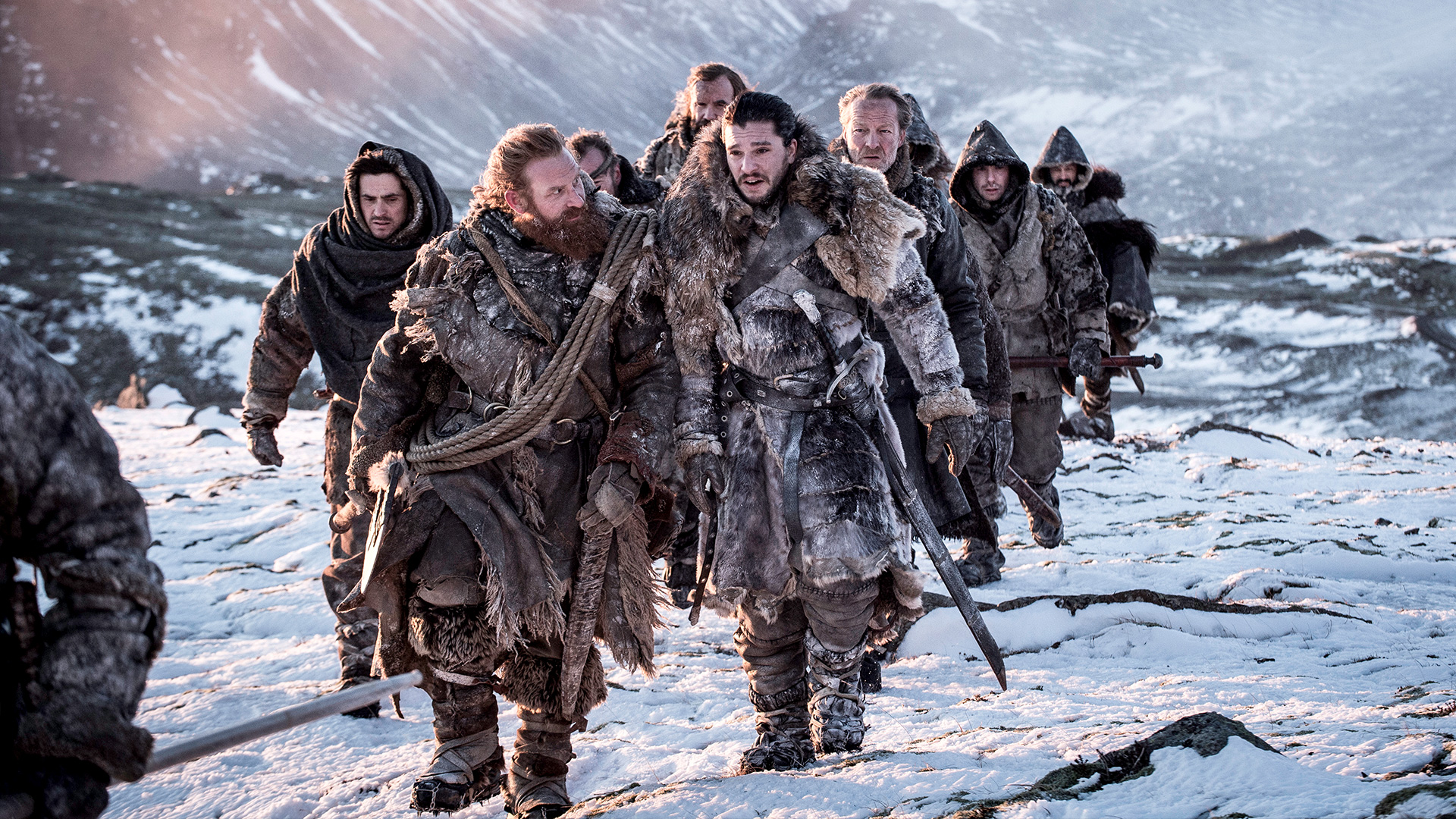 If there’s one thing Game Of Thrones viewers have complained about during season 7 — well, not the only thing, but one of them — it’s how quickly travel is being done. For no episode was that criticism more prevalent than it was for episode 6, “Beyond The Wall,” where it was loudly decried that Gendry’s run back to Eastwatch, the raven’s flight to Dragonstone, and Dany’s arrival beyond the Wall was impossible in what seemed like a short amount of time.

For his part, director Alan Taylor knew that “timing was getting a little hazy,” but the production team worked the natural environment into the storytelling as an explanation of sorts.

“We tried to hedge it a little bit with the eternal twilight up there north of The Wall,” Taylor told Variety in a recent interview. “I think there was some effort to fudge the timeline a little bit by not declaring exactly how long we were there.”

The scenes north of the Wall also were meant to carry some emotional heft, Taylor said, underscoring the fear and uncertainty felt by Jon and his fellow travelers at being trapped in the middle of a frozen lake and surrounded by an army of the dead.

“In terms of the emotional experience, [they] sort of spent one dark night on the island in terms of storytelling moments,” Taylor said.

Overall, the timeline “worked for some people, for other people it didn’t,” but Taylor did point out that for the people who were very concerned about how fast a raven can fly, “there’s a thing called plausible impossibilities.”

“[That’s] which is what you try to achieve, rather than impossible plausibilities. So I think we were straining plausibility a little bit, but I hope the story’s momentum carries over some of that stuff,” Taylor said.

“It’s cool that the show is so important to so many people that it’s being scrutinized so thoroughly,” he added. 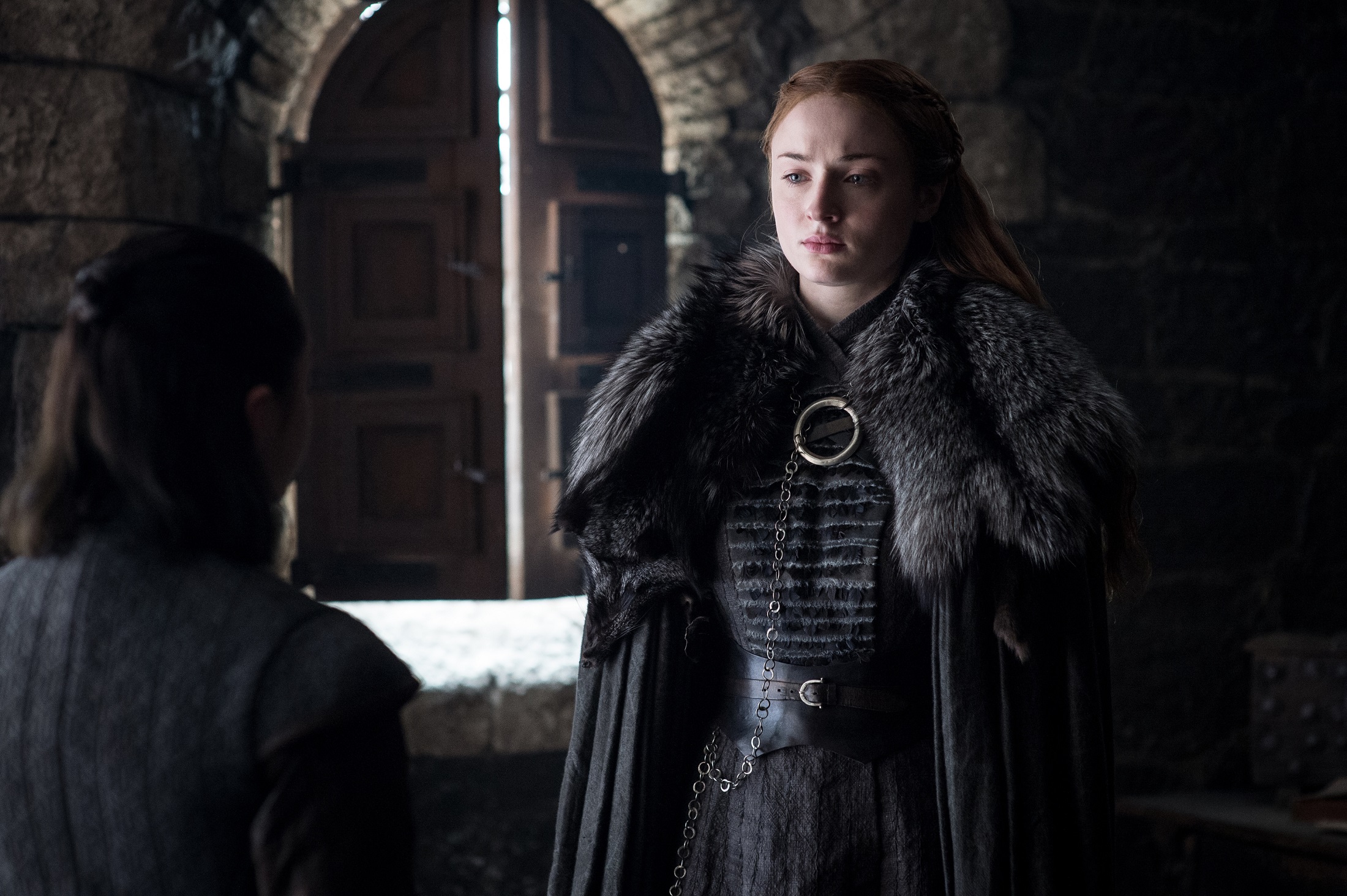 Sansa and Arya gave the realm some tense moments in “Beyond The Wall” with their increasing mistrust of each other.

“Beyond The Wall” also racheted up the tension between Arya and Sansa, but what struck Taylor the most about filming the episode and the scenes between them was how much Maisie Williams and Sophie Turner have changed over the series’ run.

“I was there in Season 1 and 2 when they were kids,” he said. “They were great at doing what they were doing, but they’ve evolved so much as actresses as well as characters. We’re pushing into deeper and darker things, and they’ve really grown to be able to do that.”

However, Williams and Turner are close friends in real life, “so when you say ‘Cut,’ they start laughing and dancing and listening to music on their phones,” Taylor said.

Since he was clarifying timeline issues, Taylor also took the opportunity to address a fan theory that exploded across the internet after “Beyond The Wall: that the eyes on Jon’s Longclaw sword changed color or “opened” when Jon was hauling himself out of the frozen lake. 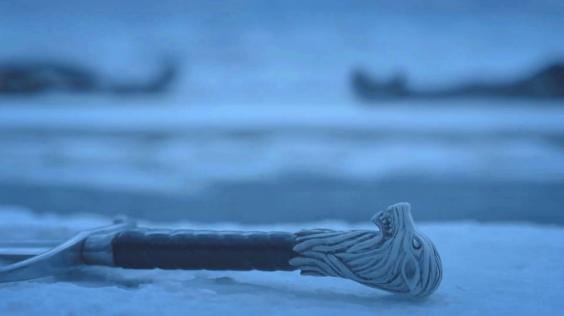 Don’t bring Longclaw into your theories.

“That is so funny, somebody else mentioned that to me and I haven’t got a clue what they’re talking about,” he said in an interview with Insider. “I can say that there was no intention for that to be the case.”

Interviewer Kim Renfro suggested that Longclaw was slightly frosted over, and when Jon emerged from the lake, it was splashed with water and washed away the frost, and Taylor seemed to agree.

“I think that’s a very good theory and I’m gonna go with that one until I look at it more closely and see if I can figure out what’s going on,” he said. “But I spoke to somebody earlier and he was convinced it was a really loaded symbolic moment of Longclaw.”

Taylor also touched on his work in earlier seasons of Thrones — he was directing episodes as far back as season 1 — and how what seemed to be small character arcs at the time have grown into massive, series-defining stories. Especially, he noted, two characters in particular.

“Well, every once in awhile you get a glimpse of the scale [George R.R. Martin] was working at,” Taylor said. “So it’s true — all of the characters have such big arcs and he’s got them so mapped out in his head that the story is functioning moment to moment but also in these grand story gestures over several seasons, and that’s what makes it so rich.”

Taylor added that during shooting episode 10 of season 1, he and Martin were talking about the series and Martin “mentioned in passing, ‘Oh well it’s all about Dany and Jon Snow’ and at the time I thought, ‘Really? I thought it was about Sean Bean and Robb Stark?’ But he knew from the very beginning where he was driving and now we’re starting to see that come to fruition. We know that it’s circling tighter and tighter on Dany and Jon and their partnership is starting to form, you know, ‘fire and ice.’ ”