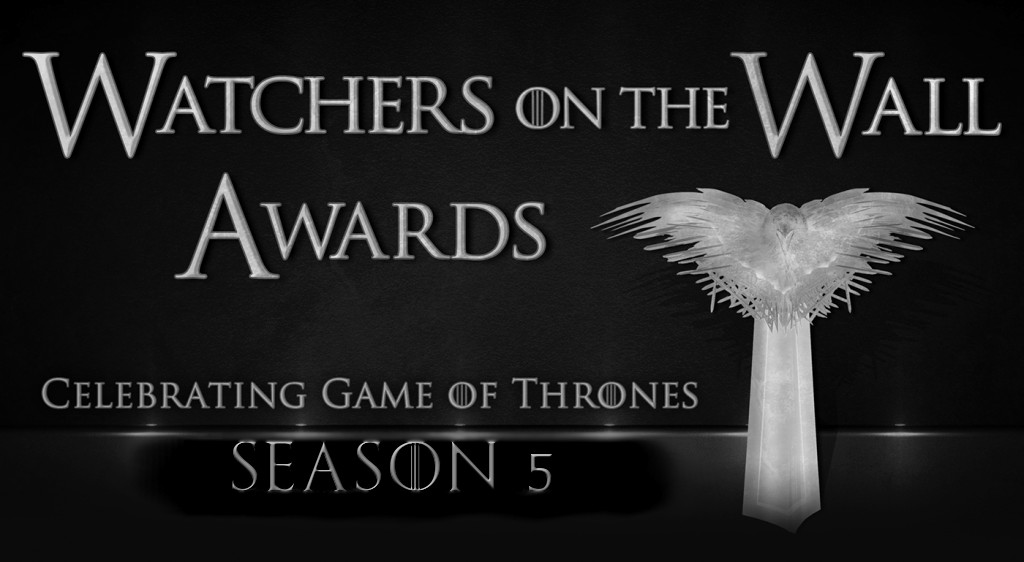 We’ve reached a new section of the Watchers on the Wall Awards preliminary voting this week. We have one more day left of voting on Best Guest Actress, and with that, we now move on to Scene categories for a refreshing change of pace.

Keeping things in a festive mood, today we’re celebrating the best of Game of Thrones season 5’s death scenes. We gathered up your suggestions for the character-ending scenes that made you squeal, cry or cheer the most, and present them to you now as your preliminary nominees for Best Death Scene.

There may be some debate over whether characters like Jon’s scene (or Stannis or Myrcella or fill in the blank here) should be included, since the season finale left some cliffhangers. But we’re not here to nitpick, we’re here to celebrate. All the scenes are included; vote as you wish.

The Standard Rules: This is the preliminary round! Narrow this selection down to the top 5 contenders. In order to find your top 5 picks for Best Death Scene we’re asking that each of you select up to FIVE nominees from the poll. You can choose fewer if you like, but you cannot choose more than 5.

At the end of 72 hours (Saturday 8/29/15 at 4:00PM EDT), whichever five scenes have the most votes will continue on to the final round. (Note: in the finals, you will only have one vote to cast in each category!)

The results will be revealed when it’s time to vote for the final winner of Best Death Scene, in a few weeks. Debate the possibilities and vote for your favorite choices

Perpetual shout-out to everyone who has been voting up a storm, and to Greatjon for his awards-season support!