Westworld creator explains Benioff, Weiss and [redacted]'s cameo in episode 2 | Watchers on the Wall | A Game of Thrones Community for Breaking News, Casting, and Commentary 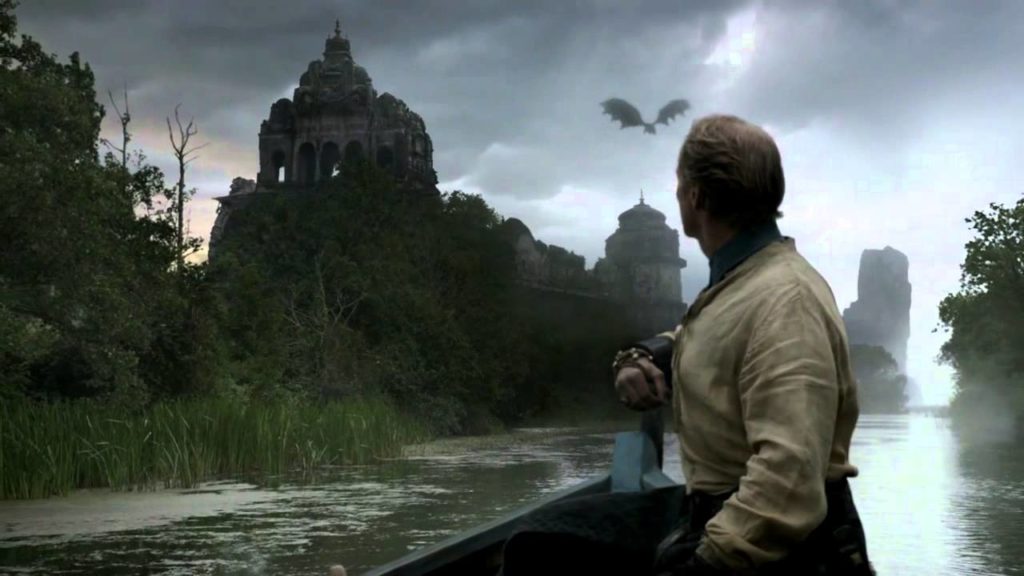 Those of us who are fans of both Game of Thrones and Westworld got an extra-meta treat in  Westworld’s latest episode last night. Though it was no secret that Game of Thrones‘ showrunners, David Benioff and D.B Weiss would appear briefly in season 3 of Westworld, their cameo turned out to have a lot more bite than fans were expecting *laughs punnily*

**Mild spoilers for episode 2 of season 3 of Westworld**

In episode 2, “The Winter Line”, Bernard and Stubb walk through a Delos facility for “park four,” which is an as of yet unnamed park that was apparently populated by hosts in medieval garb before it shut down. Fans have speculated that this might have been “Fantasy World,” but this remains unconfirmed.

Bernard and Stubbs then walk passed two Delos techs played by none other than David Benioff and D.B Weiss. 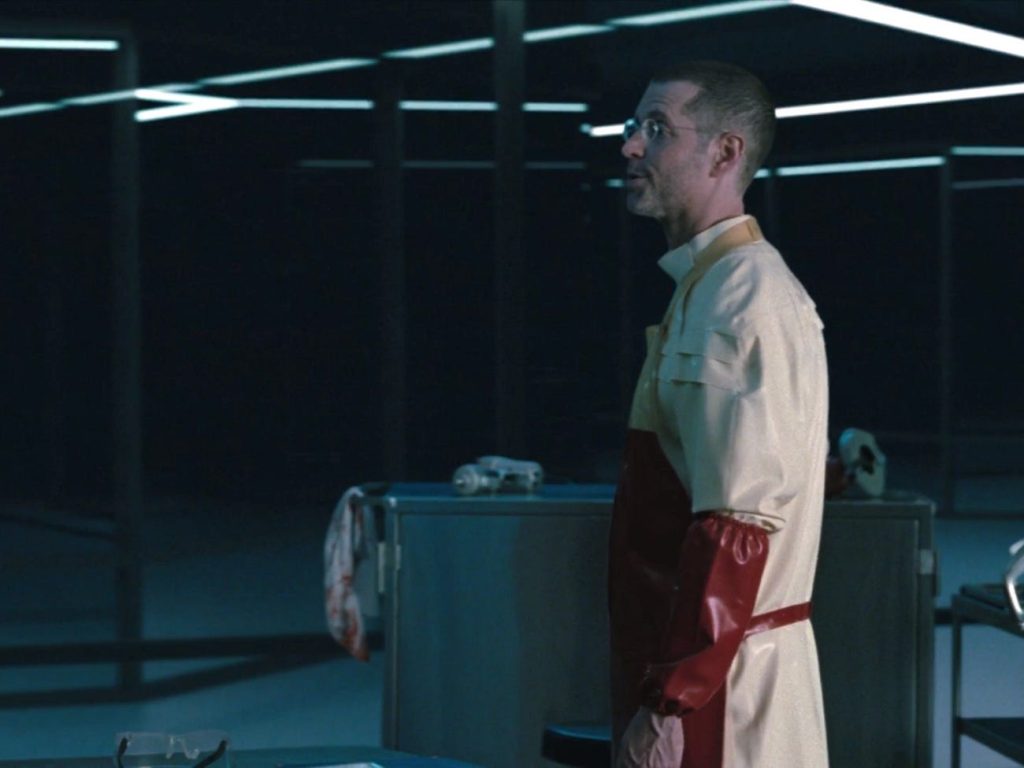 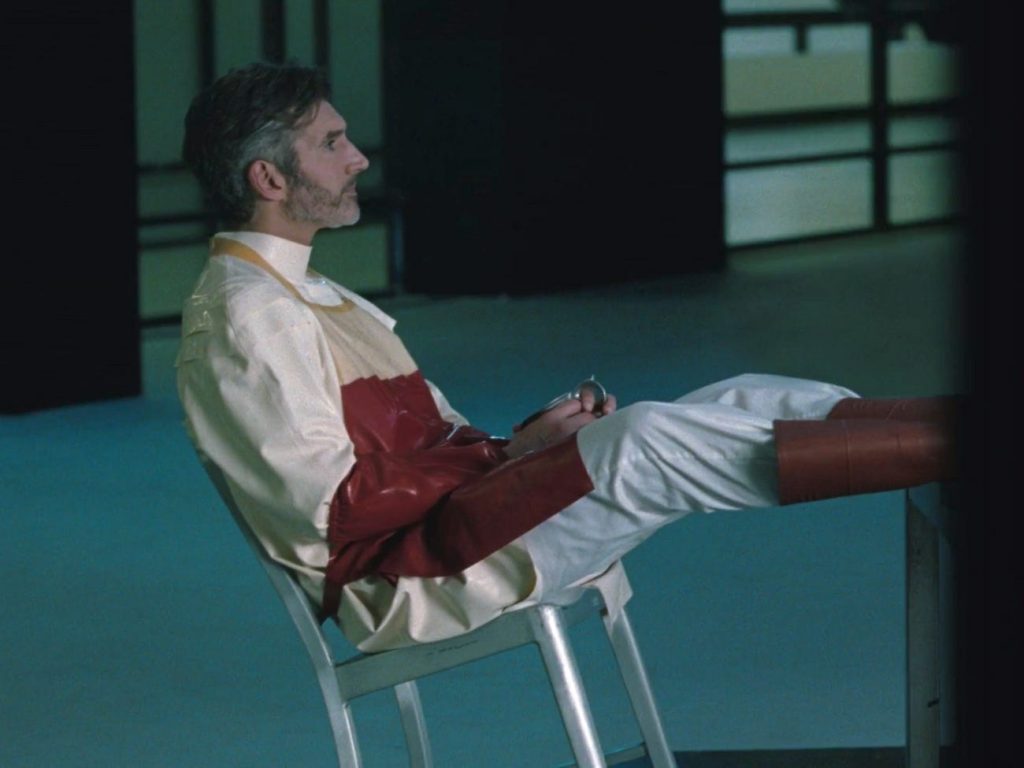 “Got a buyer,” Weiss’ character says.

“Some start up in Costa Rica,” Weiss says.

“How the f*** are you gonna get that to Costa Rica?” Benioff asks.

We then cut to a wide shot and see that they’re talking about Daenerys’ last living baby, Drogon, whom Weiss approaches with a chainsaw. 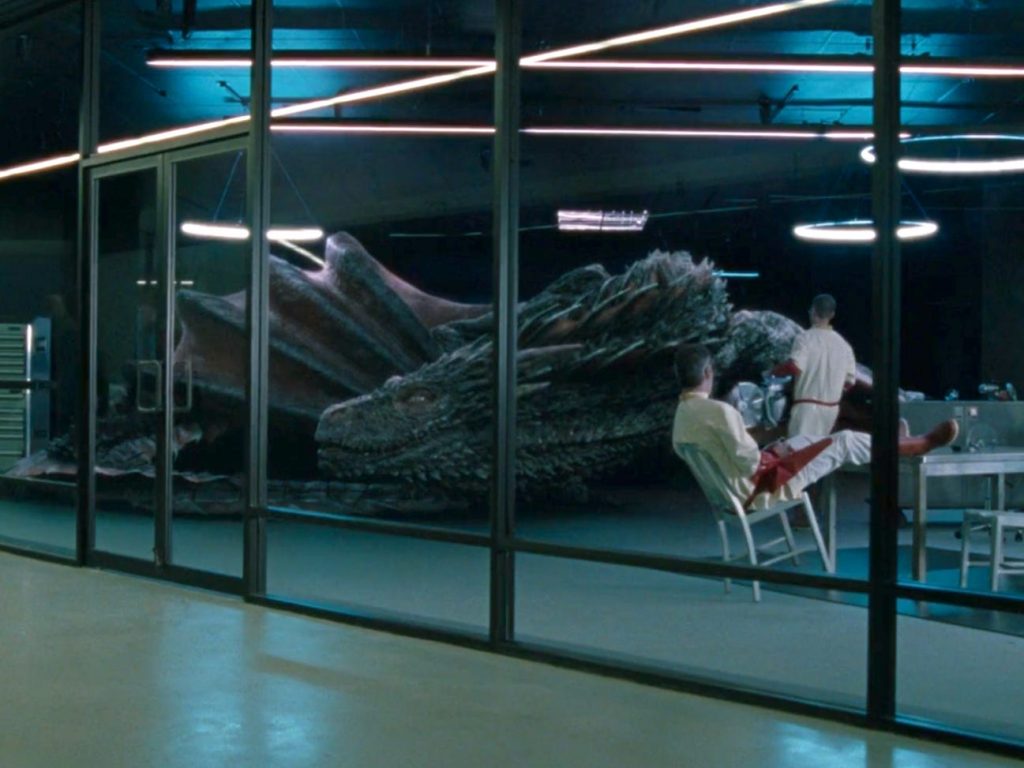 Westworld co-creator, Jonathan Nolan explained the thought process behind the cameos to Insider.

“We are both fans of and friends with Dan and David,” he said. “We had this goofy idea that we would pay homage to their staggeringly beautiful and ambitious show — the show that paved the way for us to be making Westworld with the same kind of ambition and production value. They kind of invented this genre of TV. And they’re lovely guys.”

“So we pitched them this goofy idea, and they were kind enough to come and hang out on our set for one night and bring their oversized, fire-breathing friend with them.”

In addition to the obvious nod to Game of Thrones, the scene might have also been intended as a reference to Jurassic Park.

See, HBO’s Westworld is a loose remake of the 1973 film of the same name which was written and directed by Michael Crichton, who went to write the novel, Jurassic Park … another story about the attractions of a theme park gaining the upper hand.  Since the titular dinosaur park was located on a fictional island off the coast of Costa Rica, it’s pretty likely that’s that what the aforementioned “start up in Costa Rica is” (or, at least, is referencing).

“There were always two competing pitches, right? [First] George R.R. Martin — who we also know, and is a lovely person — frequently pitched the crossover of a ‘Westeros World’ episode,” Nolan said. “And then Athena Wickham, our partner and one of the executive producers on the show, insisted that we find a reference to Crichton’s other great ‘theme park run amok’ [story], ‘Jurassic Park.'”

Choosing to show us a dragon rather than a dinosaur was also a clever way to sidestep some tricky copyright laws.

“I was of the theory that the lovely people at NBC Universal probably had a lawyer sitting and watching every episode, waiting for the dinosaur, so they could make a friendly phone call to tell us to cease and desist,” Nolan said. “So we found a way to blend those two pitches into one ridiculous moment in our series.”