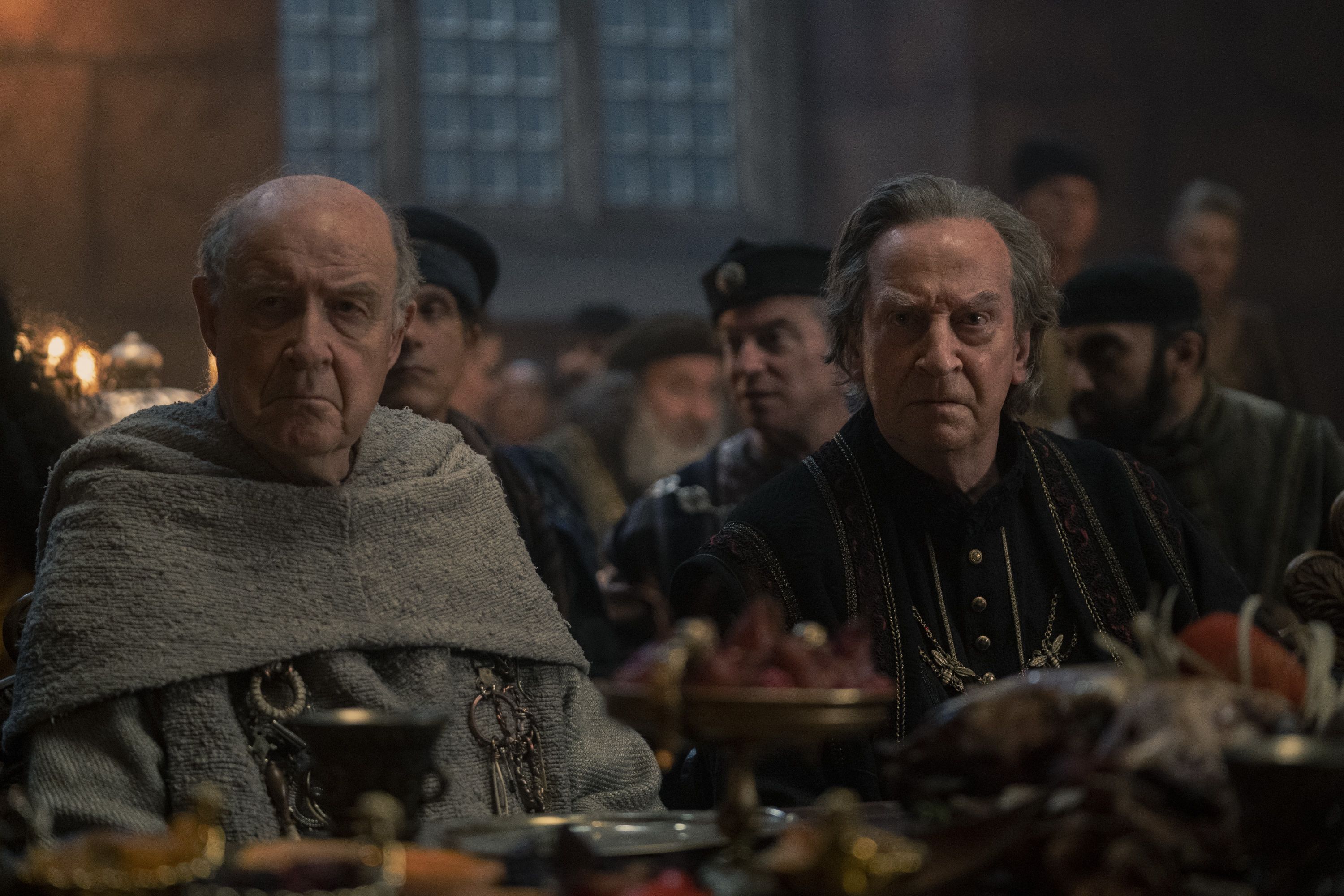 Before House of the Dragon returns tomorrow, watch our roundup of video reviews, breakdowns and reactions for last week’s episode, “We Light the Way”!

As usual, we begin with reviews and breakdowns by book readers.

This time Joe Magician must come first. Our friend Matt not only reviewed the latest episode but also concocted the increasingly popular theory that the mysterious Larys Strong may be a greenseer and perhaps even a skinchanger. It may sound like a crackpot theory, but it’s fun and I’d say it’s got legs! More importantly, everyone’s talking about it—including in several of the videos below.

As well as providing us with a synopsis and a special “before the time jump” Q&A, Westeros History reviewed the episode on their podcast: they consider JoeMagician’s theory, highlight the scenes at Driftmark and the re-introduction of Laena, explain how Ser Criston must have gotten away with it, and much more.

Gray Area rightly points out that, although Otto could be right about what Rhaenyra would have to do to take the throne, it would only happen because of the circumstances Otto himself created. She explains why Ser Joffrey Lonmouth is called “the knight of kisses”; how Larys has been observing everything; and the king’s redeeming quality. Also, she bemoans the absence of Vhagar and underlines just how much Ser “Crispin” (my favorite running joke) gets on her nerves.

TwoTheFuture focuses on the episode’s themes of power, love, and allegiance: why any Velaryon heir must become a Targaryen when they claim the throne; the weakness of Viserys; how Ser Criston’s rejection and Ser Joffrey’s death were adapted; and how Queen Alicent finally came to play the game of thrones.

At New Rockstars, Erik Voss explains the evolving opening credits sequence as the Targaryen family tree expands; how the production got the runes in the Royces’ bronze armor from the Codex Runicus; how Rhea’s death is extrapolated from the apparent accidental death in Fire and Blood; the history of High Tide and its causeway on Driftmark; and all the events at the wedding feast.

Alt Shift X highlights the evolving opening credits sequence too, the history of the Royces and the Velaryons, what the deal could be with Larys Strong (crediting JoeMagician for his theory, of course,) Ser Criston’s rejection, the introduction of Maester Orwyle, whether Grand Maester Mellos is incompetent or malicious and, of course, the wedding feast. Alt Shift X analyzes the meaning of the green dress and Ser Criston’s actions, and how they differ from the source material.

We’re adding some new Youtube reactors this week, but we’ll start with my faves at Blind Wave. The reaction starts strong with Eric immediately regretting identifying Daemon’s wife as “the Bronze Bitch,” (“You could be a little nicer, Eric”) and Aaron shouting “Is that the duck?!” when Ser Joffrey shows up. After the episode, they discuss just how united the Strongs are in their aims, how much time must have passed these five episodes, and more. They end by answering audience questions.

The Normies are back in full strength for this episode:

From Burlington Bar, you can expect mass whincing and shouting when Criston confesses and when he murders Joffrey. Their reaction comes in two parts:

At WolfHart’s suggestion, I added the next few, starting with Struggle Nation:

The Reel Rejects are always some of the first to post their videos, so if you’re eager to see someone react to the episode soon after release they are a good bet:

This week I added a few of your suggestions from the last few weeks. Is there anyone else you believe I should include? Suggest them in the comments!