Sixth and final Iron Throne found in the Quest #ForTheThrone! | Watchers on the Wall | A Game of Thrones Community for Breaking News, Casting, and Commentary 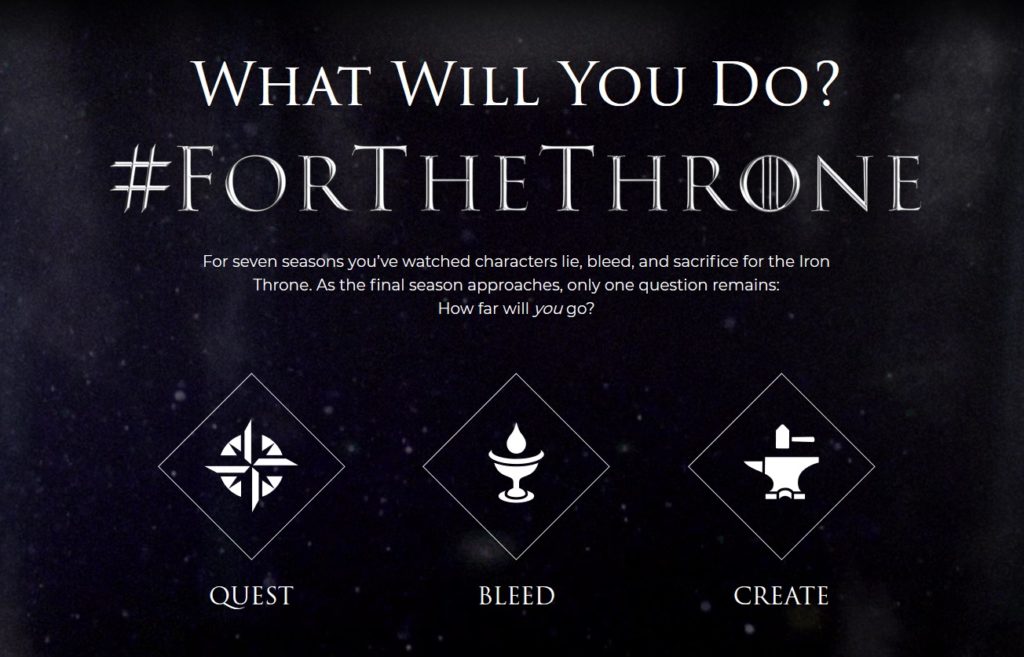 The ‘Quest’ portion of “#ForTheThrone came to an end this morning with the discovery of the sixth and final Iron Throne.

A global search has been underway since last week for six Iron Thrones placed in carefully chosen locations as part of the #ForTheThrone marketing campaign — and now, with the fifth recently discovered in Canada, the sixth and final throne has been claimed today!

HBO’s Twitter account posted the link to the YouTube video with the hint “A new city flying a starry banner seeks protection from the Great War.” Some initially speculated that it would be a New York City location, considering the word “new,” although the “starry banner” part still has us scratching our heads. Looks like it didn’t confound the Queen of Queens for long, though!

The Quest #ForTheThrone has been a unique, challenging activity in which YouTube videos were posted showing an Iron Throne in an undisclosed location, with only glimpses of the setting and cryptic clues accompanying the posting. Viewers then sought out the real-world location of the Thrones. Congrats to all the winners!