Mountain Dew gets into #FortheThrone campaign with “A Can Has No Name,” a special Game of Thrones-themed can | Watchers on the Wall | A Game of Thrones Community for Breaking News, Casting, and Commentary 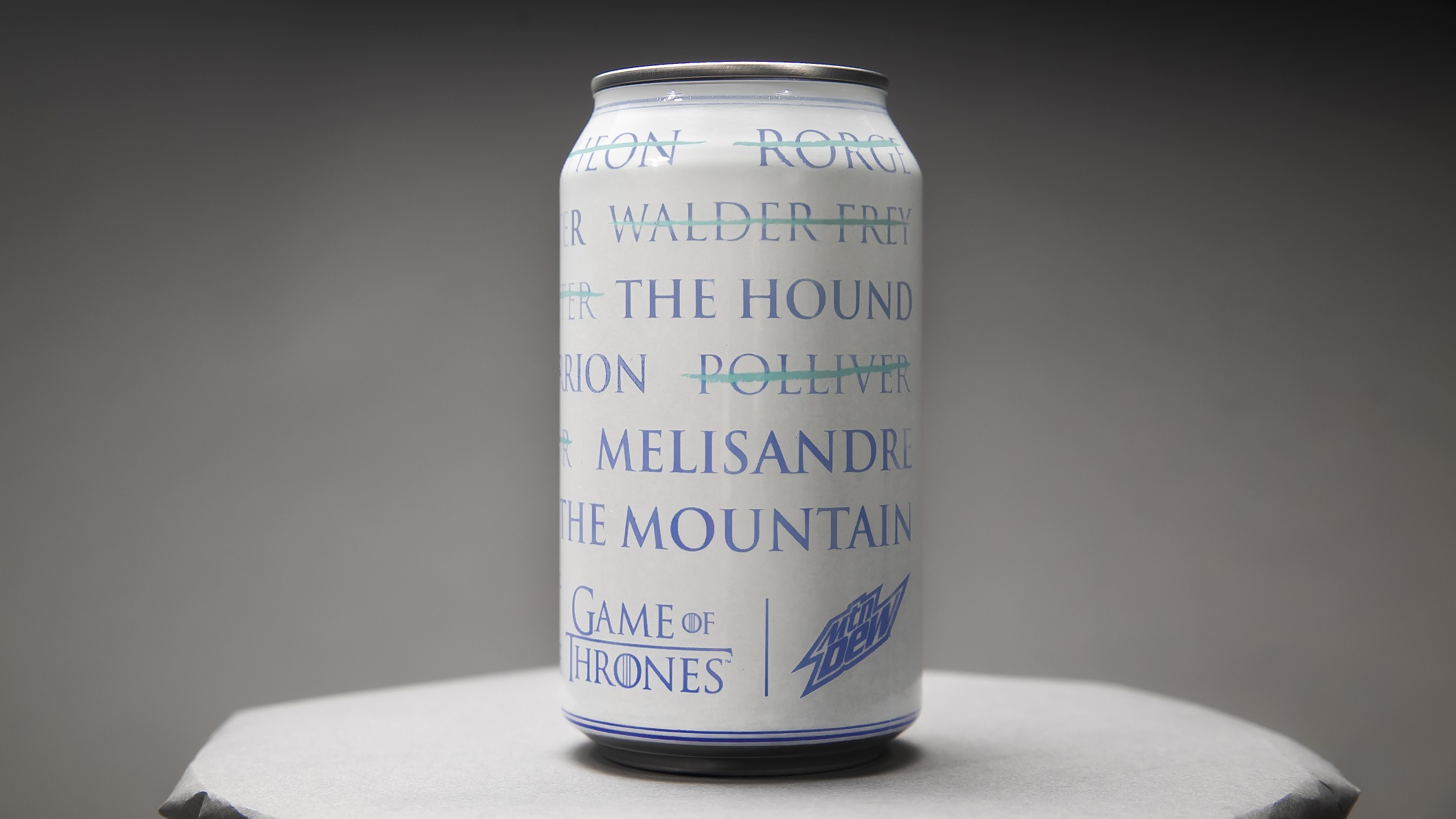 As Mountain Dew puts it: “For seven seasons, Game of Thrones fans have watched characters lie, steal, bleed, kill, and sacrifice everything for the Iron Throne. Today, MTN DEW makes the ultimate sacrifice For the Throne – its name. The brand will remove its iconic neon green ‘face’ revealing a stark white, brandless can – ‘A Can Has No Name.'”

“A Can Has No Name” is a limited-run, special edition MTN DEW can inspired by Arya Stark, her ever-developing kill list, and her time with the Faceless Men, the Braavosi guild of assassins who relinquish their former identities to become “no one.”

When warm, the cans appear brandless. Once chilled, they reveal Arya’s iconic kill list, a tribute to those killed and a glance at her remaining targets for the final season. The cans incorporate thermodynamic ink, which is temperature sensitive and allows for colors to change when chilled.

In order to get a chance to get one of these limited edition “A Can Has No Name” cans, you must tell MTN DEW on Facebook, Instagram and Twitter “what you’d sacrifice” using the hashtags #ACanHasNoName #ForTheThrone, and #MTNDEWsweepstakes. 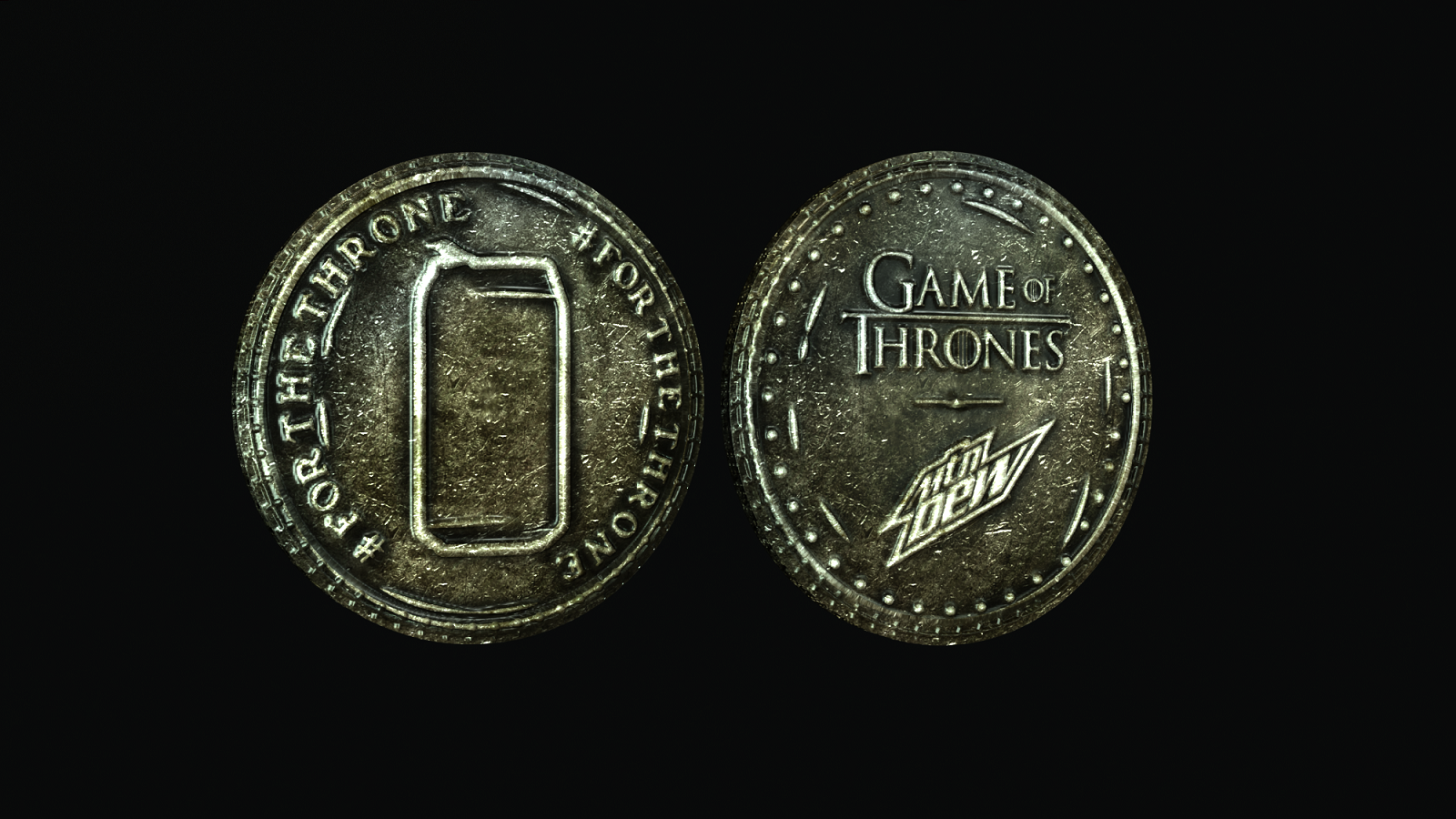 Alternatively, fans can also score one of the limited-edition cans in New York City and Los Angeles in the coming days by finding the “Masters of Coin,” uttering the ancient password, and receiving a coin. The Masters of Coin will then lead them to a designated ground where the coin will dispense a can from the Iron Vending Machine.
More details about this will be revealed by Mountain Dew in the coming days.