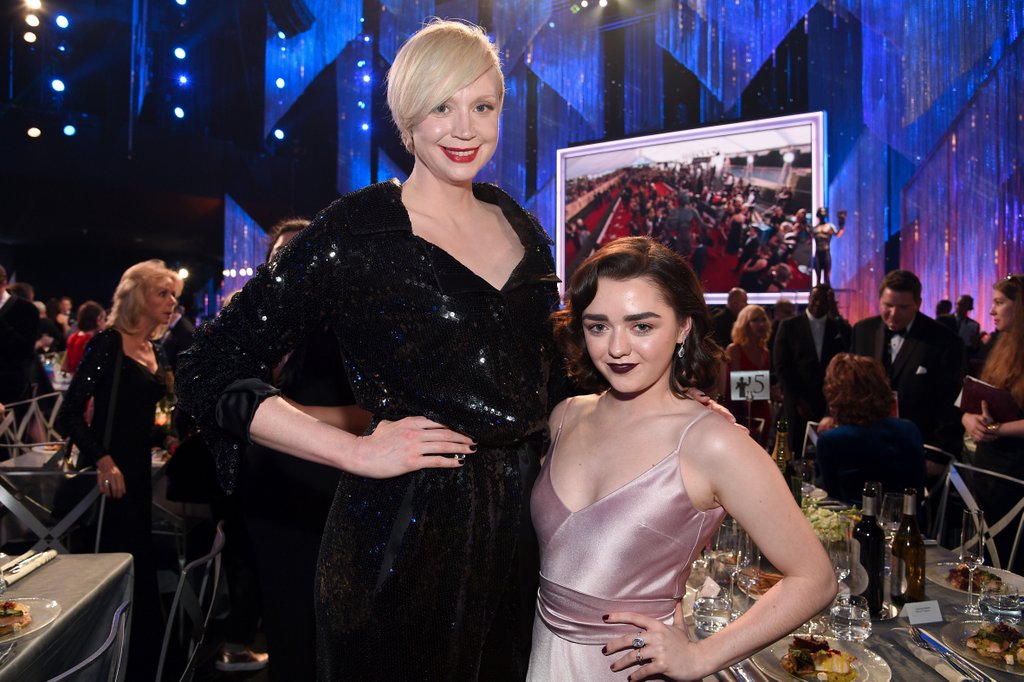 After the glitz and glamour of the 2017 Screen Actor’s Guild Awards, Watchers on the Wall are here to bring you the best of last night’s Game of Thrones cast interviews!

E!News caught up with Gwendoline Christie, who discusses her gorgeous red-carpet look before describing her beautifully bizarre vision for Season Seven, which involves all the characters getting cars.  Brienne drives a monster truck, naturally.

Meanwhile Variety had a quick chat with Nathalie Emmanuel, who describes working on the show as faultless and ‘the coolest.’

Nathalie Emmanuel breaks down what it's like working on "Game of Thrones" #SAGAwards pic.twitter.com/OXGOwhmcvr

Entertainment Tonight spoke with Maisie Williams, who hopes to do justice to her final scenes as Arya, with Game of Thrones concluding in 2018.  In the mean time she’s enjoying awards season as it’s a chance to hang out with all the different cast members she doesn’t normally see on set. (The footage dropped into the video around the :30 mark isn’t season 7 material; funny enough, it was taken from a fan-made trailer, and some of it isn’t GoT at all!)

Finally, Studio 10 chatted to Liam Cunningham.  The actor jokes that George R. R. Martin is pressuring him to read the books as he wants a ‘full report’ on Liam’s opinion, and also mentions the creative freedom given to D.B. Weiss and David Benioff now that the show has surpassed its source material.