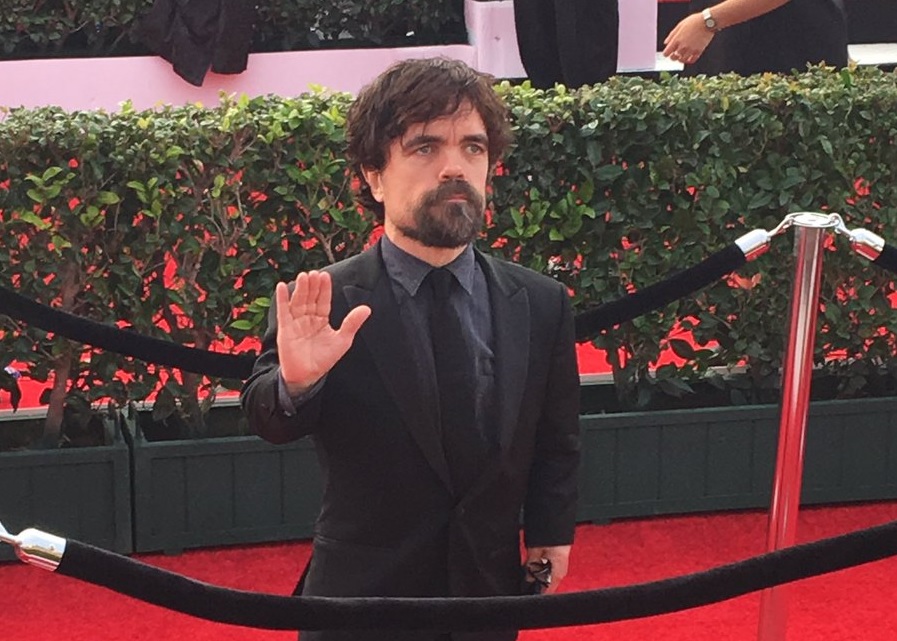 The cast of Game of Thrones turned out in style this evening for the 23rd Annual Screen Actors Guild Awards. The show was nominated for three awards, and the cast support was strong, with many GoT stars walking the red carpet.

Game of Thrones kicked off the SAG Awards by winning a prize before the ceremony even began! Once again, the show snagged the prize for Outstanding Action Performance by a Stunt Ensemble in a Comedy or Drama Series, which is awarded from the red carpet. With the incredible work in season 6 on episodes like “Battle of the Bastards,” jam-packed with action and stunt players, it’s no surprise that GoT triumphed in this area.

Game of Thrones also competed in the Drama Ensemble category, with the award going to Stranger Things. Peter Dinklage was nominated tonight for the Male Actor in a Drama Series Award, but lost to John Lithgow of The Crown.

Highlights of the cast red carpet looks this evening: 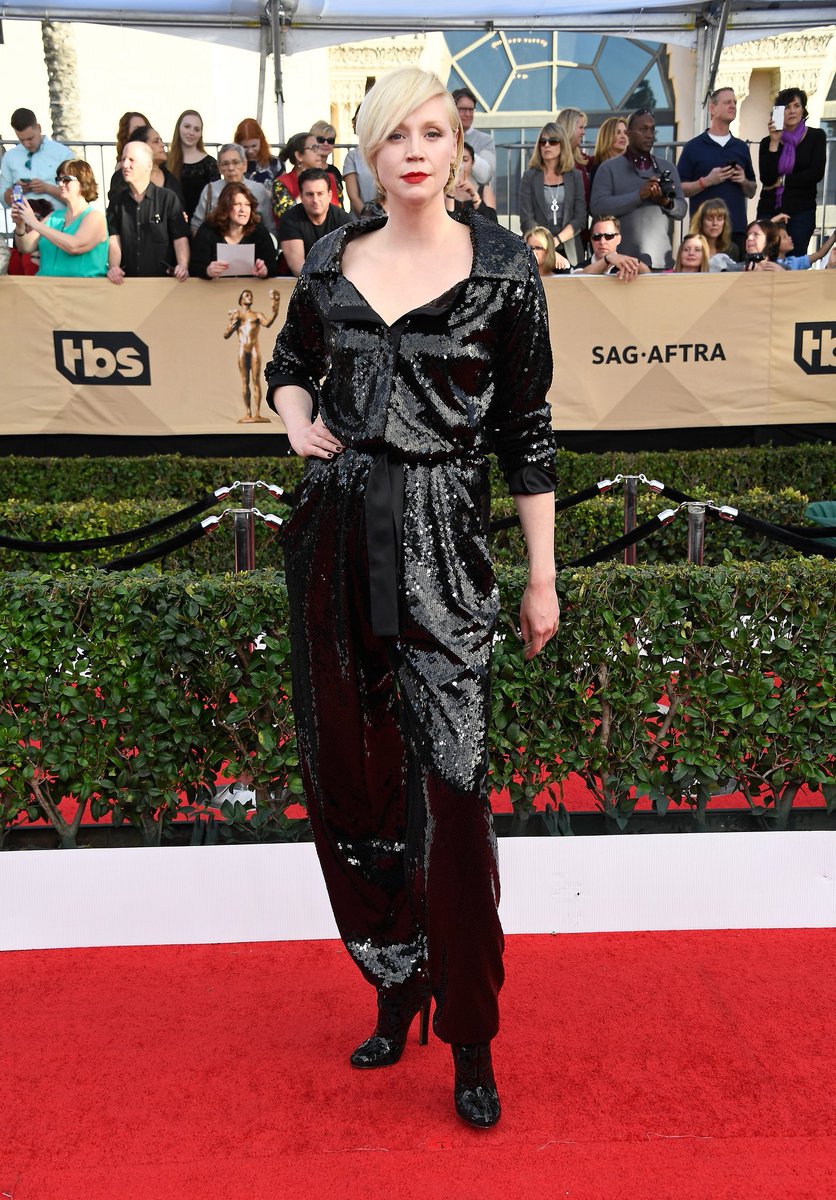 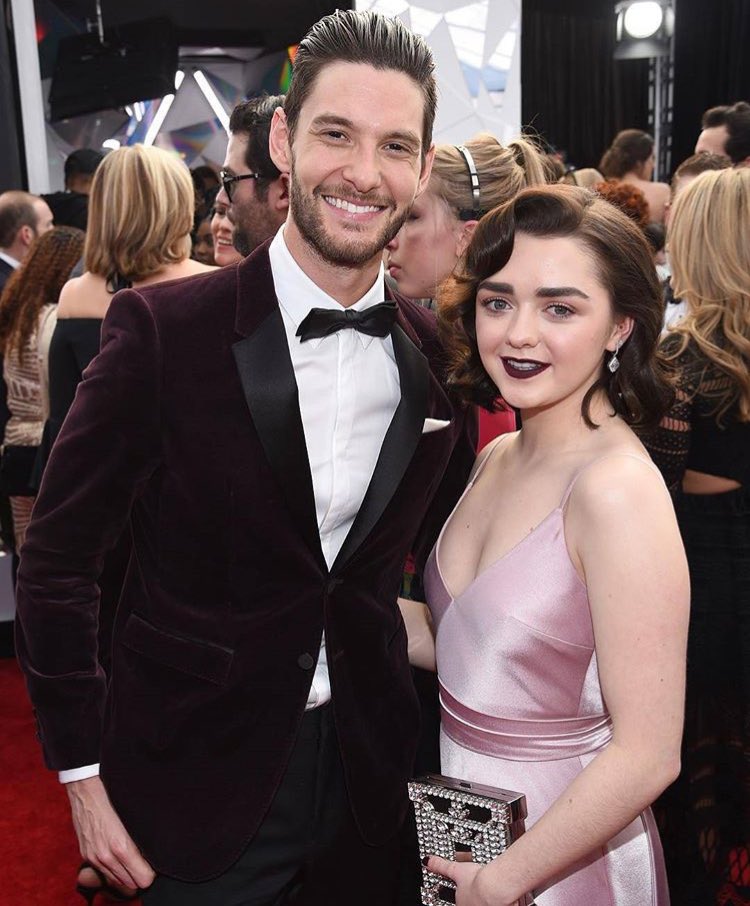 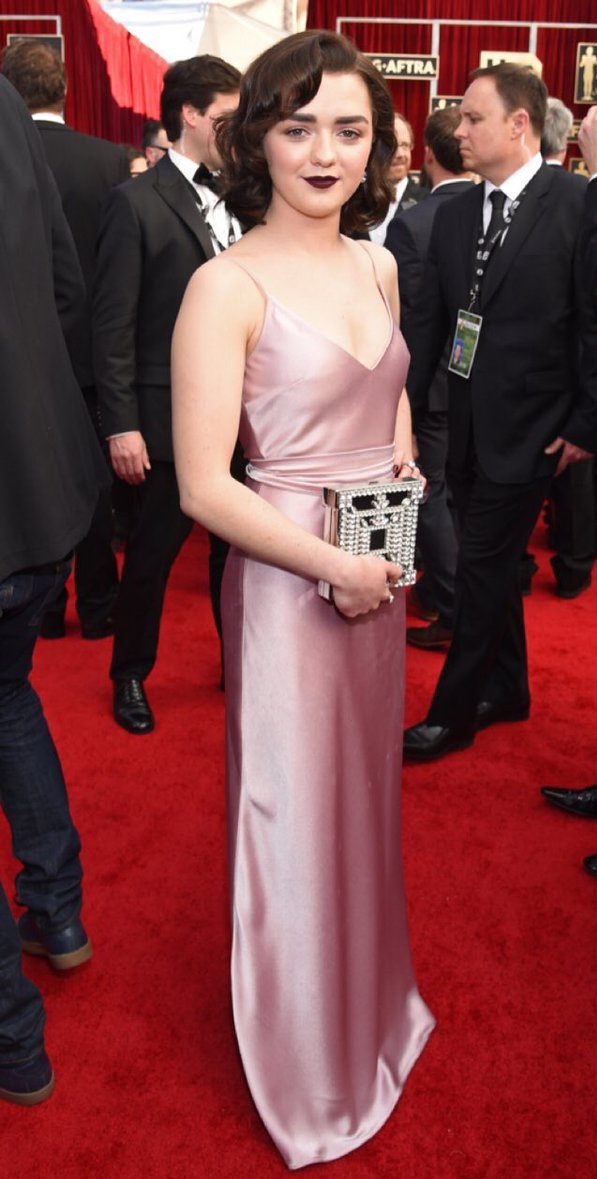 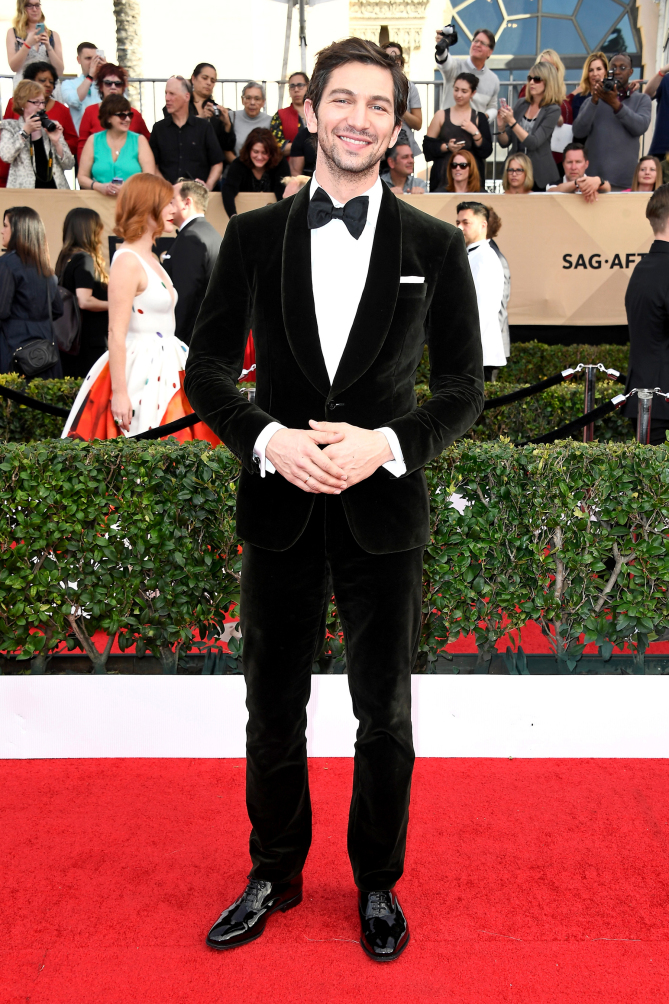 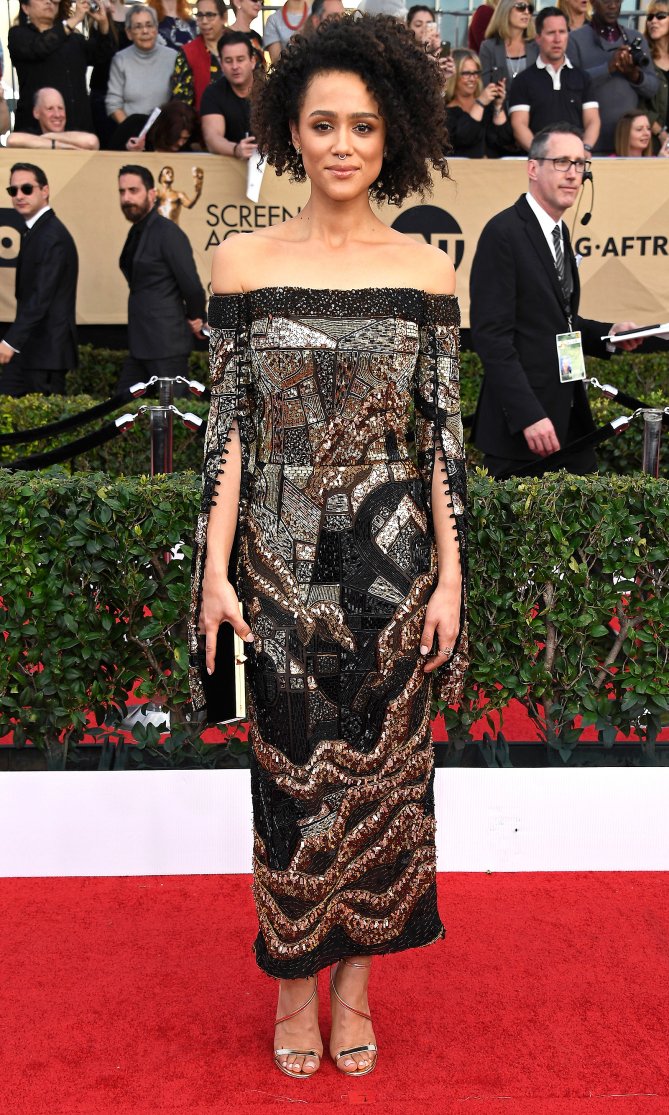 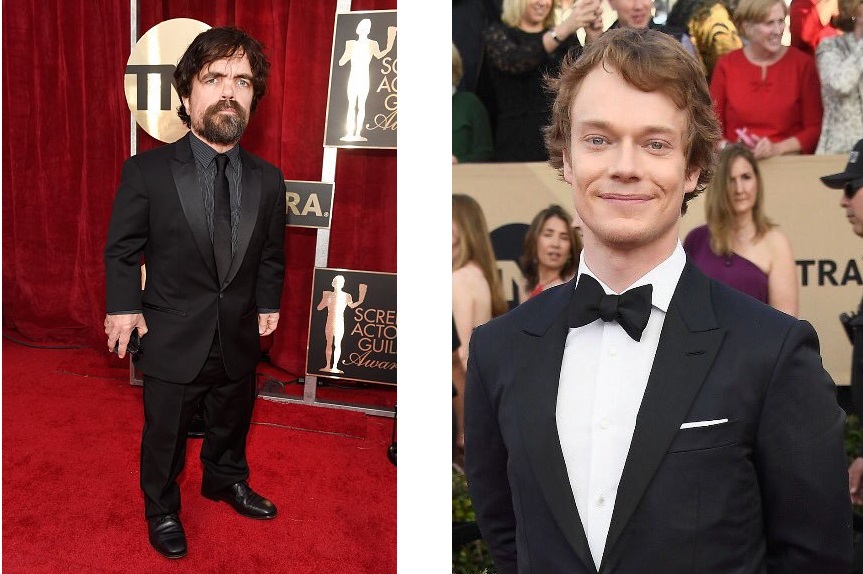 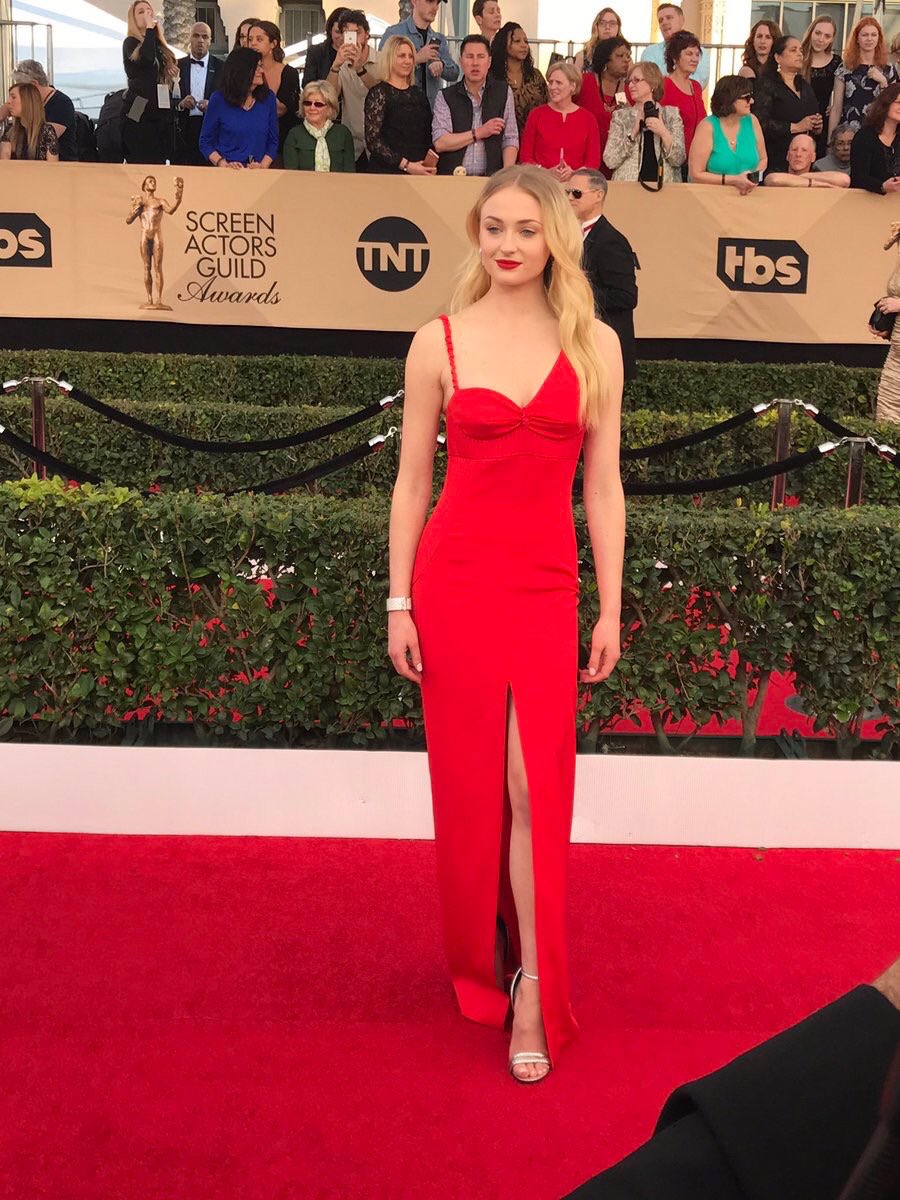 Sophie Turner in a showstopping red number with lips to match

Jacob Anderson stopped for a quick chat on the carpet:

We’ll round up the best of the SAG Awards interviews tomorrow, and see what the cast has to say about the awards, their looks, and the new season of Game of Thrones!