Rose Leslie Avoids Season 8 Spoilers from Kit Harington; Sophie Turner Plans for Life After Thrones | Watchers on the Wall | A Game of Thrones Community for Breaking News, Casting, and Commentary 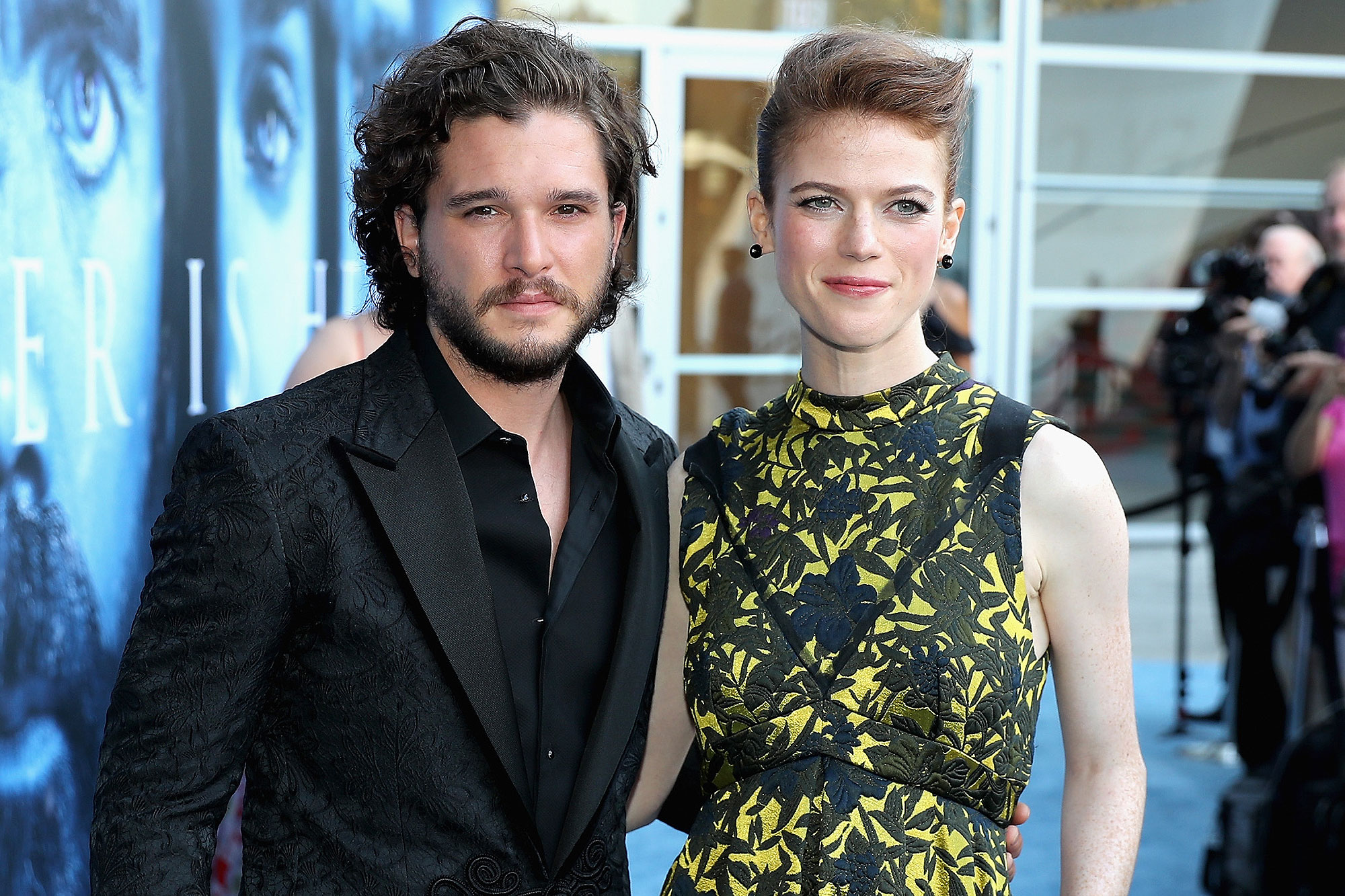 Rose Leslie and Kit Harington at the Los Angeles premiere of Season 7 of “Game of Thrones.”

You know nothing…Ygritte? It doesn’t quite roll off the tongue — and sounds like the kind of joke that would earn Jon Snow a scowl from his red-haired wildling love — but Rose Leslie (Ygritte) doesn’t want the end of Game of Thrones spoiled for her, even if her fiancé Kit Harington (Jon Snow) is one of the show’s biggest stars. So she’s come up with an ingeniously simple way to avoid them: she leaves the room. Additionally, Sophie Turner (Sansa Stark) finds herself planning for a (tissues, please) post-Game of Thrones reality.

“[W]hen he’s at the other end of the room and reading the episode, it’s like, no…we are not going to have eye contact for a long time,” she said in a recent Entertainment Weekly interview. “Go make a cup of tea. Calm down.”

Even after he’s finished reading the scripts, Leslie added, she avoids asking about it, and even tries not to read any emotion in his eyes.

“I for sure ask Kit not to show me his excitement after he has read an episode, simply because I don’t want to read anything in his eyes,” she said. “I know the anticipation is killing a lot of people, and my God, the build-up is fantastic. I can’t wait until next year.”

Unlike Leslie, Sophie Turner‘s Sansa Stark is (spoilers) still alive as of this writing, and has had her hands busy filming season 8. Of course, with the reality of the end of GoT growing realer by the day, Turner tells Coveteur that she’s in the stages of planning her career’s future:

“There are moments it doesn’t seem final…I had my final costume fitting the other day, and I was like, ‘Bye, guys.’ And they were like, ‘Wait! We might never see you again!’ After ten years, for someone to be like, ‘Hey, we probably won’t see you again,’ it’s really bizarre.”

I mean…when’s the last time you left a job you’ve had for ten years? It must be very surreal. Still, she’s got some strong ideas on what’s next post-Thrones:

“I would love to be a director in the future. My next movie that I’m doing, I’m producing as well. I’ve definitely caught the bug for behind-the-scenes and having that creative control. I’m excited to be something more than just an actress and to be able to make decisions on the character.”

A quick IMDB search suggests this upcoming movie might be Girl Who Fell From the Sky. But by the time she begins working on this project, we will likely be seeing Turner in X-Men: Dark Phoenix, the title and poster for which heavily suggest that Turner will be its main attraction. While we all can’t wait for GoT to return, we certainly can’t wait to support our favorite cast members in their future projects.