Ramin Djawadi discusses the Game of Thrones Live Concert Experience; GRRM expected to publish a new ASOIAF story this year | Watchers on the Wall | A Game of Thrones Community for Breaking News, Casting, and Commentary 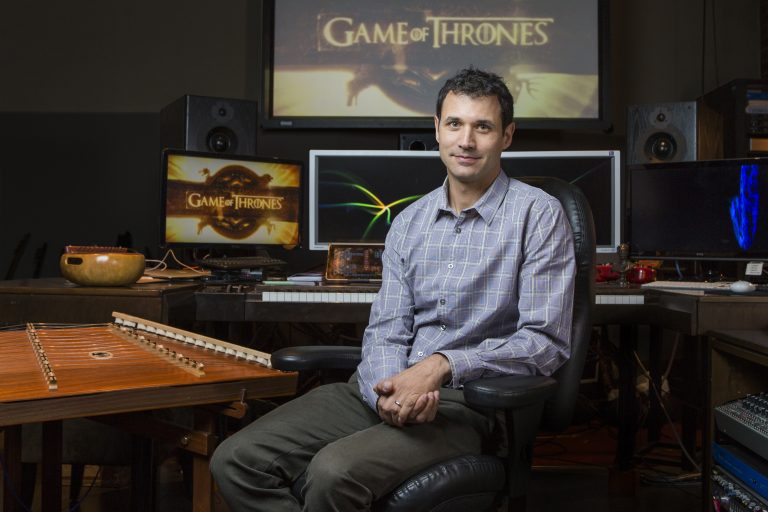 Ramin Djawadi chats about the thrills and challenges of the Game of Thrones Live Concert Experience and George R.R. Martin is set to publish a new A Song of Ice and Fire story in an anthology this autumn.

In an interview with The Huffington Post, Djawadi discussed the upcoming Game of Thrones Live Concert Experience and assured us that that the digital rendering of the stage used in online promotions is, indeed, “a close idea” of what we can expect.

“I will be on that part of the stage on the piano or organ playing the piece,” he said. “There certainly will be visuals from the moment of the show and we’ll have lighting effects giving the wildfire. That’s a great representation of what we’re trying to create in real life.”

Djawadi discussed his team’s approach to selecting the music and the challenge of effectively cramming sixty episodes’ worth of music into a single concert.

“We’re going to be playing music and taking the audience from Season 1 to Season 6 in a very quick way because we realized there’s so much content,” he said. “When we started gathering music, it was a six-hour concert, so we had to condense it somehow. We’re trying in a clever way with montages and taking key scenes and key moments, so it really takes you through all the six seasons.”

Djawadi also addressed some fan speculation regarding the “lyrics” to one of his stand out pieces from season 6, “Light of the Seven.” Fans have suggested that the vocalists introduced around 4:43 are singing “Arya,” leading some to theorize that “Light of the Seven” foreshadows Arya’s future with Cersei or, perhaps, Wildlife.

Djawadi had to debunk the theory. “Sometimes I have these Valyrian-inspired lyrics,” he explained. “Actually, they’re just saying, ‘Ah ya.’ That’s actually not really a lyric. ‘Ah, ya, y, ya, ya.’ That’s all it is.”

“I should’ve lied and said, ‘Yes, they’re saying Arya.’” Djawadi added. “I should use that actually. I didn’t think of that.”

When the conversation turned to the upcoming seventh season, Djawadi was asked how he scores scenes in which characters with different musical themes meet.

“It’s a tricky one because it happens a lot that these characters cross and families cross and meet and interact, so we really kind of step into the back and go, ‘Whose story is it right now? Which story do we want to support? Do the Lannisters have the upper hand right now over the Starks? Could this be foreshadowing something later to come?’ If you look at it that way, that usually helps with the decision of what theme we usually play.”

One character who hasn’t been given her own theme is Lyanna Mormont, arguably season 6’s breakout character. Djawadi says he’d love to write more music for her. “If we see more of her character, it’d be great to give her her own theme. I really see that actually, giving her something powerful. She was a great character last season.”

In other news, it looks like we’re getting a new short story or novella from George R.R. Martin this year. According to Amazon, Gardner Dozois is editing an anthology called Book of Swords, which is set for release this October and will include a new work from Martin. The book’s official description confirms that it will include “a new story from George R. R. Martin set in the world of A Game of Thrones!”

The story’s specific subject matter remains a mystery but some fans speculate that it might be an excerpt from Fire and Blood (nicknamed the GRRMarillion), Martin’s comprehensive history of House Targaryen. Regardless of the precise nature of Martin’s story in Book of Swords, I think we can all look forward to getting a new written work from him this year.