Announced late last summer, the Game of Thrones Live Concert Experience featuring composer Ramin Djawadi is an exciting new concert tour hitting venues over the next few months. Just ahead of the February 20th launch of the tour, new clips and images have been shared which reveal the huge scale and scope of the Game of Thrones concerts. The newly released info tells us we’ll see seven of GOT‘s epic battle scenes incorporated into the concerts’ visuals, and that the tour has its own massive Wall – 807 linear feet of video wall, according to the creators. Fans attending can also look forward to a solo vocalist rendition of “The Rains of Castamere.” (Although hearing that song might make the audience run.) 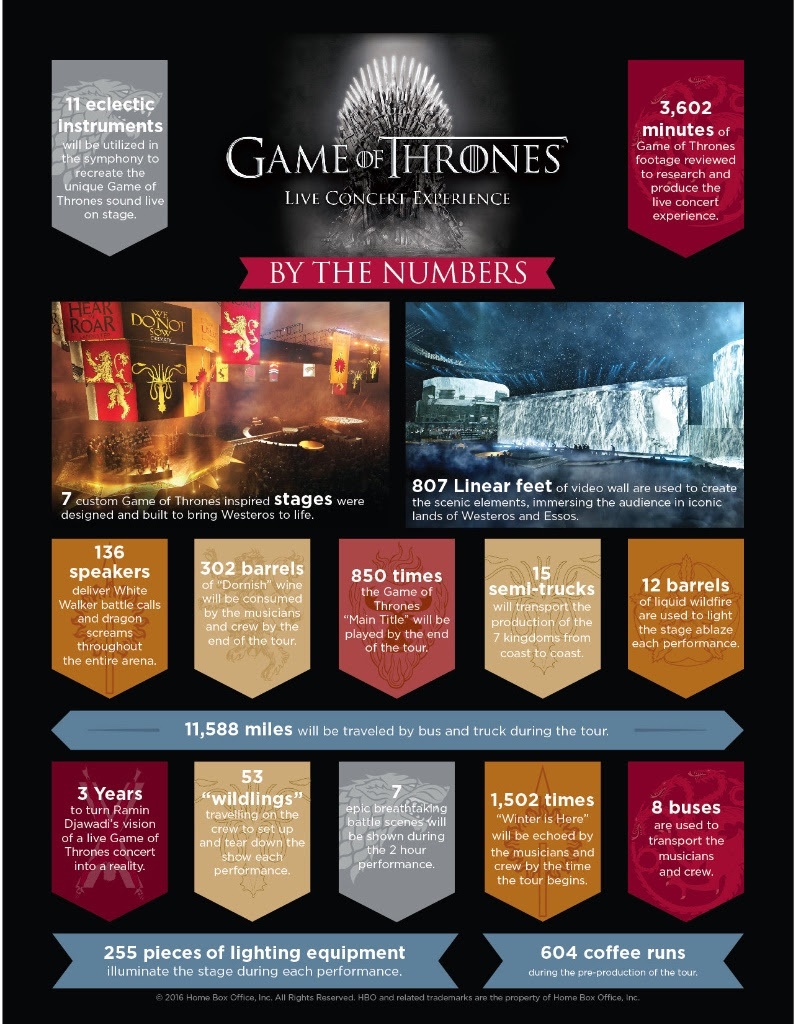 The concerts use state-of-the-art technology in tandem with Djawadi’s music, an orchestra and a choir, to create a unique experience taking Game of Thrones fans on a musical journey.

The tour is being produced and promoted exclusively by Live Nation, in partnership with HBO Global Licensing. It starts up next month in Minneapolis, and will visit 24 locations. Tickets are still available via Ticketmaster.com.

Will the tour be coming to your neck of the woods?